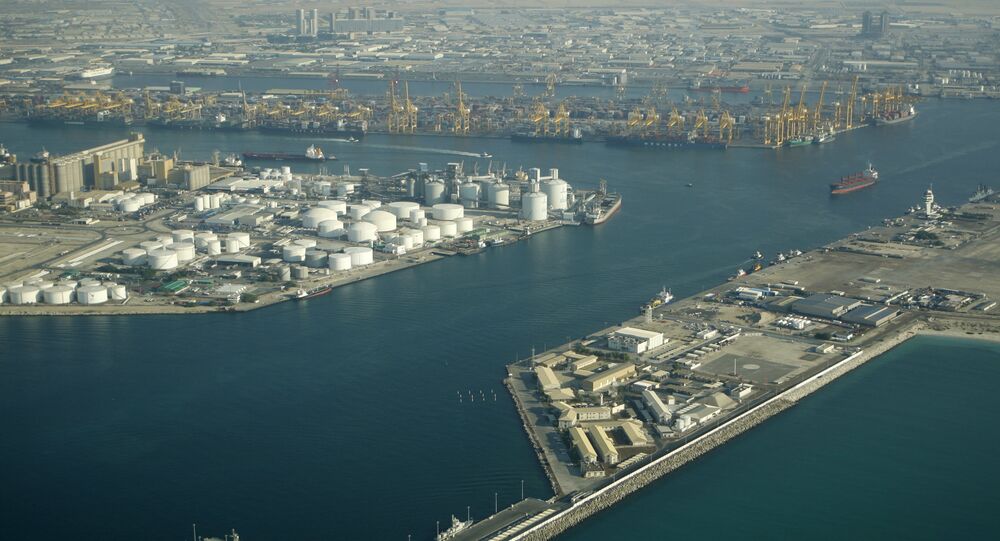 UK Prime Minister Boris Johnson has said the "power of sweet reason" can breach the stalemate in post-Brexit trade talks. He is due to meet European Commission President Ursula von der Leyen in Brussels with only days to go until the deadline for a trade deal to be done.

The Chancellor of the Exchequer, Rishi Sunak, has said the 10 new freeports which he intends to create around Britain will create "new hubs of business and enterprise" and "create thousands of jobs" in deprived communities.

Last month the government finally began the bidding process for the first seven freeports and claimed they would "turbocharge Britain’s post-Brexit growth."

But Tony Restall, who was on the launch team that created Dubai's first free trade zone in the port of Jebel Ali in the 1980s, says the UK government has got its strategy "back to front" and is in danger of creating a "dog's dinner" with free ports.

That worst case? That comes where the UK government follows no-deal by breaking the Northern Ireland protocol and WTO rules. Telling the US and EU they are wrong. Not worrying when the car companies leave because freeports. Then probably panic. With no counter voices. 13/

​Why Has UK Waited So Long to Launch Free Ports?

Mr Restall, President and CEO of DSI Group, says the government had waited far too long and should have had the free ports “oven-ready” for when the transition period ends on 31 December.

"With the UK coming out of the EU on 1 January this really should throw open the doors for business opportunities. The 10 free ports should stimulate mass employment creation. But the negotiations with the EU are not going very well and the EU is trying to push the ‘level playing field’ agenda. That would neutralise any free port advantage," he says.

In the early 1980s with commercial shipping in the Persian Gulf in turmoil as a result of the war between Iran and Iraq, the ruler of Dubai decided to create a new 67-berth deep water harbour at Jebel Ali. The Free Zone was created and launched between 1985 and 1986. The United Arab Emirates at the time had a total population of just over a million.

No to tax evasion

​Mr Restall, who has over 40 years' experience in the port and free zone industry, says: "Jebel Ali now has 92 berths and it’s one of the most successful free trade zones in the world and they bring in US$140 billion a year to the Dubai economy.”

Sunak and Johnson say the new free ports will be tax exempt and will benefit from simplified customs procedures and other government incentives.

Which Ports and Airports are in the Mix?

But critics say freeports will not create extra jobs, but just shift companies from other parts of the UK and reduce tax revenue.

He told the New Statesman last month: “Freeports make sense for those locations, but not for the UK. The comparison (with the US) is complete nonsense. If we apply the American model to the UK, the only real sector that would benefit is dog food, literally.”

Mr Restall agrees and says: "The UK is trying to base its free ports on the US model and it's a totally different model. They don’t create industry or national wealth."

Investment Does Not Walk in the Door on Day One

He says the idea that by creating free ports Britain will suck in foreign investment is naive.

"Land, energy and labour is very expensive in the UK compared to Singapore, Vietnam or many other places. So you are not going to attract foreign direct investment just overnight," says Mr Restall.

Launching the bidding process Sunak said: "Our new freeports will create national hubs for trade, innovation and commerce, levelling up communities across the UK, creating new jobs, and turbo-charging our economic recovery."

Would this be a positive decision?https://t.co/DjYdGQHYEF

​Sunak has been the driving force behind freeports. In 2016 he wrote a report, The Freeports Opportunity: How Brexit Could Boost Trade, Manufacturing and the North, which claimed British ports were being held back by EU regulations.

But Mr Restall says the UK government really did not understand how free ports work and had embarked on the bidding process as an “academic exercise”, having taken advice from management consultants with no experience in the sector.

"They have asked these bidders to submit proposals which are not based on any values. The free port strategy is back to front. You need to decide the values first and then do the process. It should have been oven-ready by now. It’s a typical Whitehall screw-up," he says.

"I want my country to succeed but the way they have done it they are not going to succeed and the EU is laughing at the methodology," he adds.

He says the government knew in the summer of 2016 it was going to leave the EU and he said the free ports should have been prepared long ago because “industry doesn’t move quickly”.

Mr Restall says they should also have up to 100 free ports, not just 10.

But he also says: "Free ports and free trade zones are there for foreign direct investment. They are not there so that companies can move their factories from other parts of the country so they don’t have to pay tax. And you don’t want them to compete unfairly with your domestic industries."