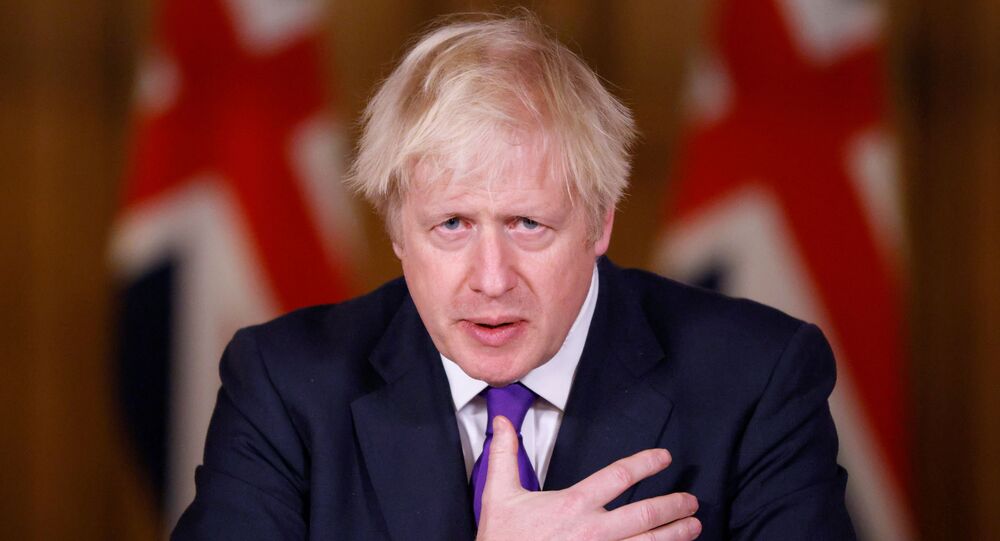 'No Deal' Brexit As Likely Now As Before, But All is Not Lost, Academics Say

Despite UK Prime Minister Boris Johnson's pledge to have an "oven ready" EU-UK post-Brexit deal, there appears to be none, say European academics, weighing the odds of the much anticipated trade agreement being concluded before the 2020 deadline.

Over the past few days Britons have been on the edge of their seat anticipating the outcome of the bumpy EU-UK trade talks. The 27-member economic bloc and Britain are still stuck in disputes over fishing and business competition rules with the December deadline rapidly approaching. It was reported that UK Prime Minister Boris Johnson and European Commission President Ursula von der Leyen are due to have talks on the issue on Monday evening. However, if the trade deal is not struck by the end of 2020, the UK and EU will establish tariffs and border checks on goods.

"First, as was said back in 2016 at the time of the UK referendum on whether to leave the EU, negotiations of this nature usually come down to the last few days, and then a deal springs from time pressure before the EU heads of Government Summit on Thursday [sic], 9 December", says Dr Ian Crowther, a senior lecturer in banking and financial markets at the Department of Finance Accounting and Business Systems at Sheffield Hallam University.

The academic has drawn attention to the fact that EU chief negotiator Michel Barnier is holding talks "on behalf of the 27 EU states and only has a mandate to move so far without breaching red lines". Similarly, the forthcoming conversation between Johnson and Von der Leyen "is unlikely to make much difference as she has no more of a mandate to move beyond red lines of various states than Barnier has", he adds.

Meanwhile, France has adopted a tough stance regarding EU fishing rights in UK waters "which appears as sheer intransigence to the British", and is apparently threatening a last-minute veto unless the agreement on such matters is concluded, the academic highlights. He specifies that "the brinkmanship of the French" is understandable given the looming general election in the country.

"In Macron’s last year before the General Election he is forced to show a strong hand in the negotiations as he attempts to bridge ongoing tribal feuds, culture wars and opportunistic incursions in his own domestic politics – which has involved a great deal of Macron bashing," Crowther says. "La République En Marche are said to be struggling to make headway with the electorate versus both the left (Socialists) and right (Republicans) who are showing a strong surge in popularity again".

In a bid to pursue hardball diplomacy in negotiations with the UK, Macron wants to surrender just 18 percent of present fishing quota rights with full access to British waters for another 10 years which is regarded “totally unacceptable” by UK chief negotiator David, Lord Frost.

France is not alone in exerting further pressure on Britain, as Spain, Italy, Belgium, the Netherlands and Denmark have raised concerns over the talks seeking more concessions from the UK and are also threatening to use their veto rights if EU core interests are not properly protected.

"[Thus] by breaking off talks and bringing the respective senior leaders to the table to move discussions on beyond the red lines, a theatrical dance is being performed in an attempt to place more pressure on the parties involved to reach an agreement", Crowther says.

Judging from the unfolding drama there is actually no "oven ready deal" – despite Johnson's boast earlier this year – on the table, according to the academic.

"From information being leaked from both sides of the negotiations, it is clear the parties are far from close to any type of deal covering several contentious elements", the scholar says. "From the current position, the British should hunker down and be prepared to have rotten vegetables thrown onto the theatre stage as a ‘No Deal’ Brexit looks no more unlikely now than it did a few months ago".

It is Genuinely Difficult to Assess What's Happening With Brexit Talks

It is unclear what's really going on behind the closed doors as the public have to rely on leaks to selected media by each side – which are clearly intended to win the communications battle, opines Panicos Demetriades, professor of financial economics at the University of Leicester and former governor of the Central Bank of Cyprus.

"There appears to be a significant risk that the talks will collapse and the blame game will then be vital, particularly for Boris Johnson who will face a huge backlash when people realise how bad leaving with no deal will be", the academic reckons.

Though he has no doubt that German Chancellor Angela Merkel is trying her best to untie the Gordian knot of the EU-UK dilemma, he is not quite sure about the other countries' intents, particularly those of France which is poised to "gain from a no-deal Brexit". In contrast, Ireland, Cyprus and Malta stand to lose most if the deal collapses given that the UK is their biggest trading partner.

One might ask who is likely to bear the burden of the blame if the compromise is not reached.

"Politically… a no-deal Brexit can damage the image of the European Commission as some of the blame will once again, rightly or wrongly, be directed to Brussels", responds Demetriades, warning that this worst-case scenario "would be disastrous for the UK and not good for the EU as a whole".

All is not lost and there will most likely be a deal, argues Dr Donnacha O'Beachain, an author and associate professor at the School of Law and Government of Dublin City University.

"We’ve been down this road before", he says. "The protests, the kite-flying, the megaphone diplomacy followed by intense backroom negotiations, and then finally the prophecies of doom dispelled by an announcement of an improbable breakthrough. And then despondency again as people pick through the details of what was allegedly agreed."

The UK government's strategy "to say what is necessary to get to the next stage" has been witnessed several times before, according to the author who refers to London's "brinkmanship" that got the UK over the line in the divorce negotiations in December 2017, and the Withdrawal Agreement in November 2018 - which Johnson called "fantastic" - and January 2019 and then tried to override by his Internal Market Bill.

© REUTERS / UK PARLIAMENT/JESSICA TAYLOR
Britain's Prime Minister Boris Johnson speaks during the weekly question-time debate at the House of Commons in London, Britain, November 11, 2020.
"One of the consistent problems has been that the British Government has always proved more comfortable with slogans such as 'take back control' than the unglamourous detail of trade compromises," he remarks. "The key test remains whether the British Government, in return for unfettered access to the EU Single Market, is willing to accept constraints on its ability to subsidise businesses. This is not the only issue but it is the main one".

Eventually, Johnson will have to "sell" this deal in the House of Commons and it's half the story, given that it should be "sellable" enough to be passed by the national parliaments of the 27 EU member states and the European Parliament, according to the professor.

A trade deal between the EU and the UK will be concluded within the next few weeks before the end of transition deadline, possibly even this week, echoes David Collins, professor of international economic law at City, University of London.

"There was never much chance of a true ‘no-deal’ scenario as this would cause unnecessary economic harm and would be politically untenable at home for the UK Conservative government, and probably also for the EU and many member states", he believes.

Collins expects that the sides will make a Solomonic decision of reaching some compromise on the fishing rights and subsidies plus concluding an agreement to revisit the terms at a later date.

"In other words, much of the deal will involve place-holder diplomatic language that will operate as an effective extension of the transition period," the academic explains, suggesting that the UK may "end up giving more ground than it should" to get the deal and then ultimately regret it.

In any scenario, Britain's withdrawal from the European bloc will leave scars on all the parties involved even if they manage to strike a deal, according to O'Beachain and Collins. According to the academics, relations between the EU and UK are likely to remain tense for some time.

"Brexit is far from over", Collins intones prophetically.

As UK and EU Negotiate on Brexit, How Many Ultimatums Have There Been Since the Referendum?