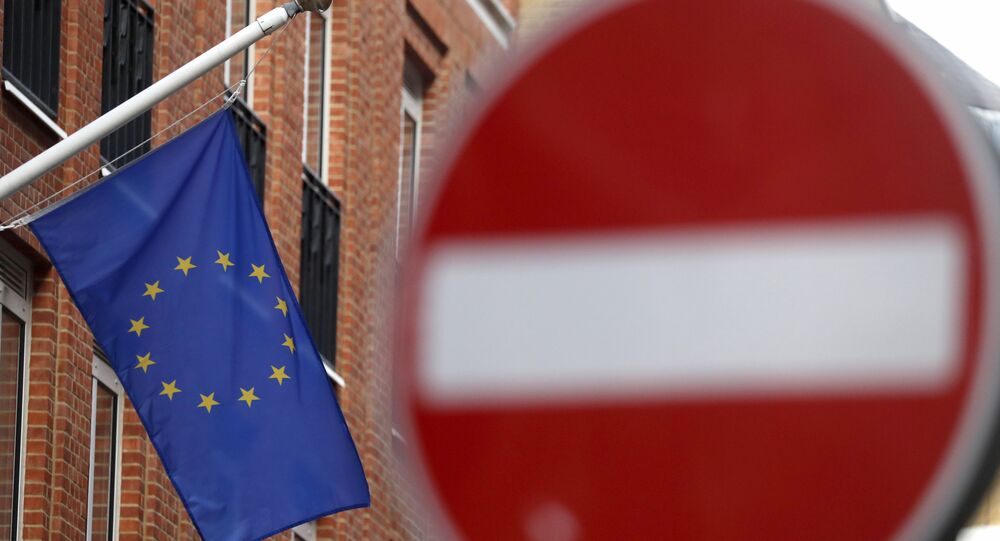 As UK and EU Negotiate on Brexit, How Many Ultimatums Have There Been Since the Referendum?

On 23 June 2016 a majority of people voted for the UK to leave the European Union. But the referendum did not specify the details of the terms of departure, which has led to more than four years of negotiations.

So how many ultimatums have there been since the Brexit referendum?

After David Cameron resigned as UK prime minister and was eventually replaced by Theresa May the British government was held up by Remainers who tried to prevent the invocation of Article 50, which was meant to avert the prospect of the country exiting the bloc without any deal.

Eventually it was invoked in March 2017 and the date of 29 March 2019 was set as the day when Britain would leave the EU.

There is no reasonable negotiation on offer.

Despite another £28m just given to the French, there are 3 migrant boats on their way over as I write.

Either we cave to Barnier and Macron or walk away.

​But when Theresa May called and lost a snap general election in June 2017 she made it much harder for her to get a quick Brexit deal approved.

On 10 November 2017 Barnier gave Davis two weeks to offer “clarity” on the Brexit divorce bill or the EU would not open trade talks.

The talks continued and eventually reached the outlines of a deal which was approved by May’s Cabinet in July 2018 but Davis resigned, saying he did not “believe” in it and felt the UK was “giving away too much and too easily."

Dominic Raab took over as Brexit Secretary and in November 2018 forged a deal - the Brexit Withdrawal Agreement - only to resign a few days later, saying it had “fatal flaws”.

The deal was approved by the other 27 EU leaders but May was unable to get it through Parliament and on 20 March 2019 - nine days before the UK was due to leave the bloc - she was forced to ask for an extension of Article 50 until 30 June.

Theresa May was still unable to get the deal through Parliament and in May 2019 she announced she was resigning as Conservative Party leader and prime minister.

Theresa May's voice breaks as she ends her resignation speech.

She says: “I will shortly leave the job that it has been the honour of my life to hold. The second female prime minister, but certainly not the last.”

​Article 50 was extended until 31 October 2019 and her replacement, Boris Johnson, began setting about getting a new deal which MPs might approve.

Johnson then calls a General Election for December 2019 and wins a landslide, having promised to finally deliver Brexit.

With an 80-seat majority he finally gets his Brexit withdrawal agreement approved and the UK leaves the EU on 31 December 2019.

The trade negotiations began in early 2020, with David Frost leading the UK government team, and Barnier again representing the EU.

Talks got bogged down and were hampered by the pandemic.

30 June 2020 was another deadline - it was the final date at which Johnson’s government could ask for an extension of the post-Brexit transition period, which was due to run out on 31 December 2010.

But Johnson, under pressure from the strong pro-Brexit wing of the Conservative Party, decided not to ask for an extension.

Under the terms of the Brexit withdrawal agreement which had been agreed the previous year both sides were supposed to have reached a deal on access to UK fishing waters by 1 July.

But no such deal is reached and it becomes clear fishing rights is a major sticking point.

The EU sets a final deadline - a deal on trade needs to be formalised by the week 14 December, which is the European Parliament’s last plenary session of the year.

But the British government know that even if they miss this deadline they might be able to get MEPs to come back for a special session on 29 or 30 December, which would literally be the 11th hour.