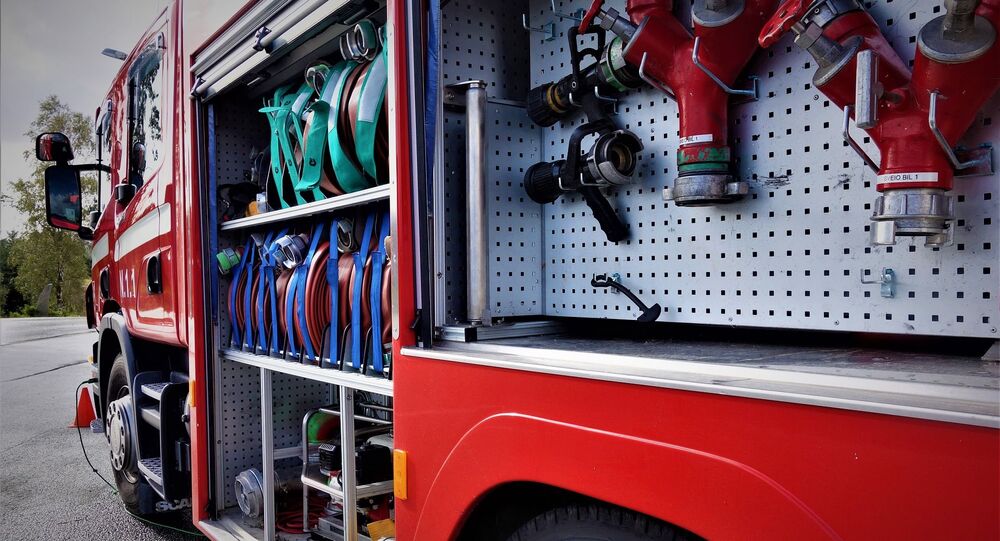 Six nearby homes were evacuated as a precaution, the Daily Mail said. A fire crew is working at the scene.

Three people have been rushed to hospital after an explosion that destroyed a house and caused a massive fire in Illingworth, West Yorkshire, UK, on Saturday morning.

A photo from the scene has emerged online, showing fire trucks and police cars outside a house from which a huge cloud of smoke can be seen rising into the sky.

Three people have been taken to hospital following an explosion at a house in West Yorkshire.

Firefighters were called to Green Lane, in Illingworth, near Halifax

Six nearby homes have been evacuated and fire crews are continuing to tackle "pockets of fire" at the property. pic.twitter.com/0IVdmnSJ3U

According to the paper, local emergency services have put the time of the explosion at about 7:40 am GMT.

Witnesses told the paper that the explosion felt "like an earthquake", destroying one building and causing six surrounding houses to be evacuated for safety reasons.

Everyone has been accounted for, the Daily Mail quoted a West Yorkshire Fire and Rescue Service spokesman as saying.

"Crews are dealing with any remaining pockets of fire which are being extinguished should they appear...Firefighters are likely to be on the scene for some time," the spokesman added.

An investigation into what caused the explosion is under way.