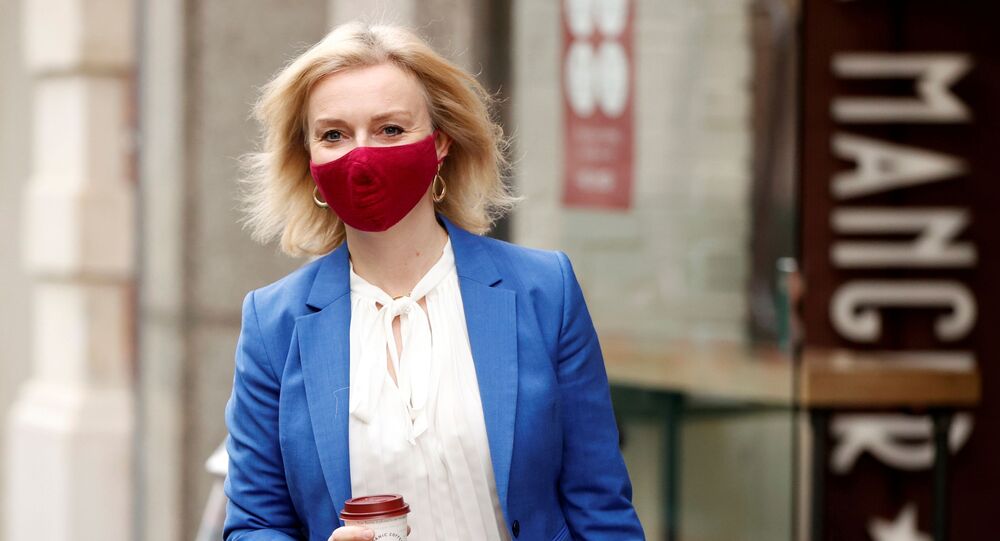 Pro-Brexit UK government ministers are among the most popular with Tory members, while supporters of the COVID-19 lockdown have slumped in the ratings.

International Trade Secretary Liz Truss had the rankings trussed up at number one with an approval rating of over 75 per cent, with a recent string of post-Brexit deals with major trading partners such as Japan possibly boosting her popularity.

"The International Trade post sends its occupant out to bat for Britain and away from domestic political turmoil," wrote Conservative Home editor Paul Goodman. "The freedom-orientated and ever-combative Truss is making the most it."

The previous front-runner, Chancellor of the Exchequer Rishi Sunak, saw a sharp fall from 81 to 75 points and second place. Goodman put that down to "nervousness" among members that the Tory golden boy's bumper budget aid for business and workers affected by the coronavirus lockdowns would lead to future tax rises.

Allegations of bullying civil servants – some of whom earn more than the PM – did not affect Home Secretary Priti Patel’s popularity among Conservative Party members, which dropped just three points to 49 per cent in sixth place. Patel, a leading figure in the Leave campaign 2016 European Union (EU) membership referendum, has taken a hard line on the wave of people trafficking across the English Channel and North Sea from France and other EU member states.

Fourth and fifth places were held by Eurosceptic Foreign Secretary Dominic Raab and Brexit Secretary Stephen Barclay, while Environment Secretary George Eustice - a repentant Remainer who resigned from the government of Johnson’s short-lived predecessor Theresa May over her promise of a Parliamentary vote to delay Brexit - was seventh. Leader of the House and Conservative Home podcaster Jacob Rees-Mogg, another prominent Brexiteer, came ninth in the poll with a healthy 42 per cent approval rating.

The famous 'BoJo Mojo' seemed to be wearing off amid the pandemic as Johnson himself slid eight points to just under three per cent, while Cabinet Office Secretary Michael Gove slumped from fourth place with 54 per cent approval to 15th on 30 per cent. "That will be a consequence of his support for tough anti-Covid restrictions," Goodman wrote.

Health secretary Matt Hancock - another key figure in the government's COVID-19 Response, had an approval rating of just 0.4 per cent, while Housing Secretary Robert Jenrick was in the red by minus 1.8 points. Both men supported the Remain campaign in 2016.

As defence secretary under May, Williamson said in March 2018 that “Russia should go away and should shut up” and not retaliate to the expulsions of its diplomats over the alleged poisoning by Kremlin agents of MI6 double agent Sergei Skripal in Salisbury, England.