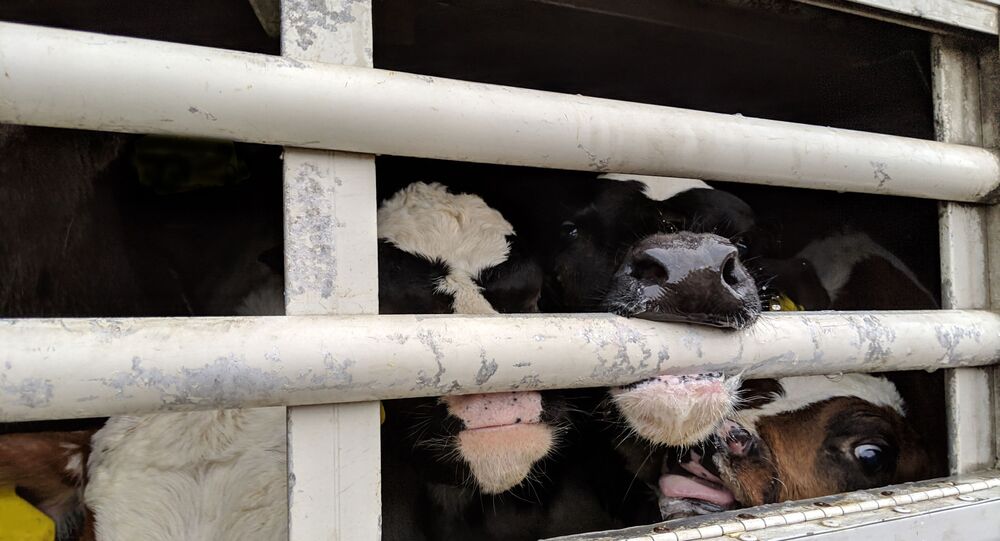 In the 1980s and 1990s Britain exported around two million sheep and half a million heads of cattle a year to Europe. That figure has fallen significantly and now live animal exports are to be banned altogether.

The British government has announced plans to ban the export of live animals through English and Welsh ports next year.

Environment Secretary George Eustice said on Thursday, 3 December: “We are committed to improving the welfare of animals at all stages of life. Today marks a major step forward in delivering on our manifesto commitment to end live exports for slaughter.”

Compassion In World Farming, an animal welfare charity, was founded by Peter Roberts in 1967.

​He died in 2006 but James West, Compassion in World Farming’s Senior Policy Manager, said it was one of the issues which led to the charity being started.

Mr West said: "We are really pleased that the government have taken this step. CIWF have been calling for it for many years."

In the 1980s and 90s the suffering of lambs and calves as they were exported on lorries from to France, Belgium and Spain became a cause célèbre among animal rights activists.

Mr West said the number of animals being exported live from Britain had fallen significantly in the last years, partly because of BSE scare in the mid-1990s and the foot-and-mouth outbreak in 2001, which had put a lot of countries off importing British meat.

He said the majority of live calf exports were from Scotland to Spain, with some evidence of animals being fattened up and forwarded on to countries like Libya.

© Photo : Compassion In World Farming
Sheep being exported from the port of Ramsgate

Mr West said sheep were usually exported to Belgium and Holland, although some had been sent as far as Bulgaria and Hungary.

He said there was also an onward trade from Hungary to Turkey and on to the Middle East where animals were often held in “absolutely shocking” conditions and slaughtered in “frequently inhumane” ways.

The Department for Environment, Food and Rural Affairs (Defra) estimated only 6,400 animals were transported from the UK directly to slaughter in continental Europe in 2018, although campaigners say the figure is higher.

Many of those animals were sent through the port of Ramsgate and in 2012 Thanet District Council tried to ban live exports.

But the High Court overturned the ban, saying it was a breach of European Union free trade rules.

​With Britain exiting the EU on 1 January 2020 and with the transition period expiring on 31 December 2020, Boris Johnson’s government realised they could now ban live exports.

Mr Eustice said: “Now that we have left the EU, we have an opportunity to end this unnecessary practice. We want to ensure that animals are spared stress prior to slaughter,” adding that he hoped to have a ban in place by the end of 2021.

Mr West said “it was a shame” the government had not announced the ban earlier, so it could have come into force on 31 December 2020.

He said while the live export ban was a welcome positive from Brexit, he was concerned it could also lead to “sub-standard food imports” as a result of trade deals with the US and Australia.

Mr West said: "The UK is never going to win a race to the bottom. Someone will always be able to undercut us on price, so it’s not a race Britain should attempt to enter. We should try to become a global leader of animal welfare and food provenance."

He pointed out concerns about the use of antibiotics in livestock production in the US and Australia, which had a “human health impact” because it eroded meat-eaters’ antibiotic resistance.

Mr West also pointed out recent concerns about the use of the growth hormone, ractopamine, in US pigs.