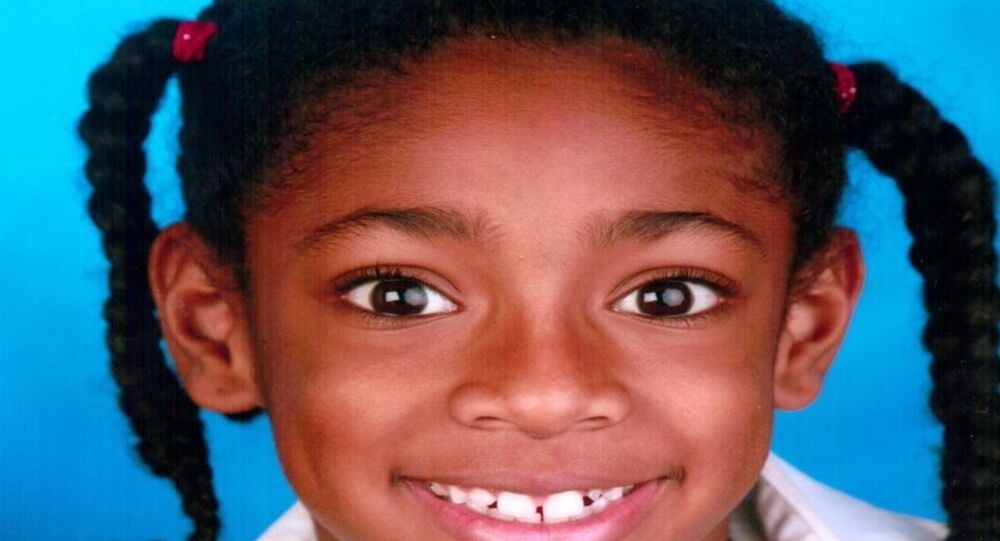 Ella Kissi-Debrah died in February 2013 - when Boris Johnson was Mayor of London - after living next to one of London’s busiest roads. The nine-year-old’s mother is seeking to prove illegal levels of air pollution contributed to her death.

A witness at the inquest into the death of Ella Kissi-Debrah has been interrupted and told not to answer a question about whether Boris Johnson knew he was acting “unlawfully” when he was Mayor of London.

Permission for a new inquest was granted by the Attorney General after years of campaigning by Ella’s mother Rosamund Kissi-Debrah, who presented new evidence that her daughter’s asthma and her death were linked to the high levels of air pollution on the South Circular Road, near her home in Lewisham.

Inquest into the role of air pollution in the tragic death of Ella Kissi-Debrah starting today. Keeping our eyes on it. Sympathy to her family at what must be a very difficult time, and we are hoping for a fair outcome for them, and for everyone who breathes London's air. https://t.co/SrOr2poH6l

​On Tuesday, 1 December, Philip Graham, the Executive Director for Good Growth at the Greater London Authority, was being questioned by Richard Hermer QC, counsel for Ms Kissi-Debrah.

Mr Hermer was asking Mr Graham, a former Department of Transport civil servant, about the decision taken by Mr Johnson - who is now the UK prime minister - to remove the congestion charge from the borough of Kensington & Chelsea, soon after he took over as Mayor in 2008.

Mr Hermer pointed out that Britain was in breach of European Union air pollution limits from 1 January 2010 because of nitrogen dioxide levels in London, but on 24 December 2010 Mr Johnson went ahead with a campaign pledge to remove the so-called western extension of the congestion charge, which had been introduced by his successor Ken Livingstone.

Mr Hermer asked: “The decision made it harder to reach nitrogen dioxide targets?”

“Yes, it was a small increase in nitrogen dioxide levels,” said Mr Graham.

Leaving this with quote from Ian Mudway @LondonAir. “It’s odd and rather tragic that it will be an inquest on a poor nine-year-old girl who died because of an asthma attack that could be the frameshift, whereas actually the data has been there for years.” https://t.co/8Go8g5qbUX

​Mr Hermer then asked: “Did the Mayor accept that it was an unlawful thing to do?”

At this point Fiona Canby, a lawyer representing the Mayor of London’s office, intervened and objected to Mr Hermer’s line of questioning.

The coroner accepted her objection and said Mr Graham could not be expected to know whether Mr Johnson accepted it was unlawful at the time.

Mr Johnson stepped down as Mayor of London in 2016, after being elected as MP for Uxbridge & South Ruislip, and was replaced by Labour’s Sadiq Khan, who introduced an Ultra Low Emission Zone (ULEZ) last year.

The ULEZ covers all of inner London up to, but not including, the South Circular Road.

Earlier Mr Graham accepted that, despite various measures such as the ULEZ, nitrogen dioxide levels were expected to remain in “breach” levels until 2025 or possibly even 2028.

Ella Adoo-Kissi-Debrah lived 25-30m from the South Circular Road in #Lewisham. She died on 15 February 2013 of a severe asthma attack following nearly 3 years of seizures and over 30 hospital admissions associated with her asthma. https://t.co/ECJ7VqrSbE

​Mr Graham said a study in 2015 by researchers from King’s College London estimated 9,500 people a year die early as a result of air pollution in Britain. The study said the two most dangerous pollutants were nitrogen dioxide and fine particulates.

He said the technology to retrofit London buses with devices to reduce nitrogen dioxide emissions was only available in the latter stages of Mr Johnson’s time as Mayor.

On Monday, 30 November, the inquest heard an admission from another witness, David Edwards, the head of environmental health at Lewisham Council, that levels of nitrogen dioxide near Ella’s home were consistently above the annual legal limit of 40 micrograms per square metre between 2006 and 2010.

How have nitrogen dioxide levels changed in 2020 where you live?
Compile your own NO2 time series using data from @CopernicusEU #Sentinel5 Tropomi instrument on the #EarthObservation #Covid19 dashboard: https://t.co/Dxv9hUq7hC pic.twitter.com/tsnOJoLwsa

​Mr Hermer stressed that it took the Labour-controlled council 10 years to draw up and adopt an action plan to tackle air pollution, and added: “That’s a glacial pace in the context of a public health emergency.”

The inquest is due to last into next week and will hear evidence from Ella’s mother on Monday, 7 December.

A previous inquest into Ella’s death in 2014 said she died of respiratory failure and made no mention of air pollution. The verdict was quashed last year after the family presented new evidence from Professor Sir Stephen Holgate, one of Britain’s leading experts on air pollution.