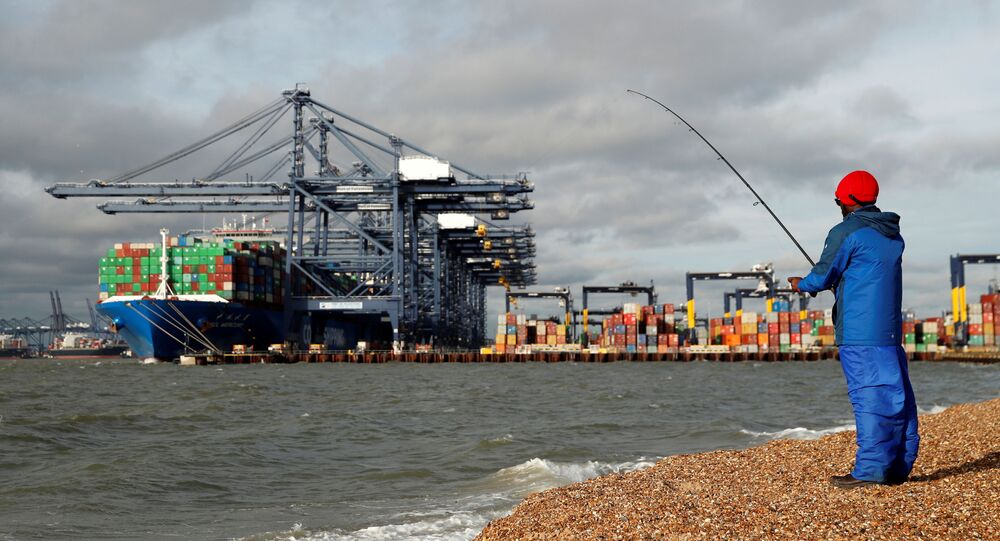 The concept of free ports began in Italy in the 17th century and spread to the rest of Europe, the Caribbean and Asia. They were places where merchants could do business with minimal interference from the state and famous examples include Genoa, Hamburg, Singapore and Hong Kong.

The government has begun the bidding process for seven new free ports and claimed they would "turbocharge Britain’s post-Brexit growth."

It is not just shipping ports which are bidding for freeport status, which will entitle them to tax relief, simplified customs procedures and other government incentives.

However, critics say freeports will not create extra jobs, but just shift companies from other parts of the UK and reduce tax revenue.

Always something to watch (and track if you’re a marine-geek)#cromartyfirth pic.twitter.com/16SawxdFPt

Nigeria has 26 free trade zones, Colombia has 10 free economic zones, while Thailand has five free ports and there are also free ports in Mtwara, Tanzania, Gwadar in Pakistan, Montego Bay in Jamaica and two in Eritrea.

But he told the New Statesman earlier this month: "Freeports make sense for those locations, but not for the UK. The comparison (with the US) is complete nonsense. If we apply the American model to the UK, the only real sector that would benefit is dog food, literally."

Four days earlier Julian Walker, chief commercial officer at Associated British Ports, wrote in the same New Statesman: "An ambitious freeports policy has the potential to enhance ports’ capacity to generate economic activity that benefits the whole economy. Freeports can serve to grow UK trade and exports but they can also deliver other important goals by supporting decarbonisation and regional economic development."

Mr Walker argued that by reducing tariffs, streamlining customs, and simplifying the planning process "freeports have the potential to become magnets for inward investment in new manufacturing, without compromising high levels of labour and environmental protection."

Coupled with his support for freeports I think this suggests the Chancellor has only a sketchy understanding of modern trade. Or (just as bad) a poor appreciation of what trade with the EU would look like once outside. https://t.co/1iU0c8tr4d pic.twitter.com/kOK7piayQ4

​Launching the bidding process earlier this month the Chancellor of the Exchequer, Rishi Sunak, said: "Our new freeports will create national hubs for trade, innovation and commerce, levelling up communities across the UK, creating new jobs, and turbo-charging our economic recovery."

"As we embrace our new opportunities as an independent trading nation, we want to deliver lasting prosperity to the British people and Freeports will be key to delivering this," he added.

Sunak has been the driving force behind freeports. In 2016 he wrote a report, The Freeports Opportunity: How Brexit Could Boost Trade, Manufacturing and the North, which claimed British ports were being held back by EU regulations.

Call for ‘Freeport’ to be established in Larne | Larne Times https://t.co/Bvnrk1Q4F6

​There are dozens of free ports in the EU - most notable are Constanța in Romania, Trieste and Livorno in Italy, Cork in the Republic of Ireland and Bremerhaven in Germany.

In April 2019, the European Parliament called for freeports to be scrapped in the EU, arguing they enable tax evasion, money laundering and trafficking of stolen art.

The report said freeports provide operators “with a safe and widely disregarded storage space where trade can be conducted untaxed and ownership can be concealed.”

The US has 293 free ports and foreign trade zones - ranging from Anchorage in Alaska to Tucson, Arizona, which is hundreds of miles inland - which date back to 1934 when President Franklin D. Roosevelt set them up to create jobs during the Great Depression.