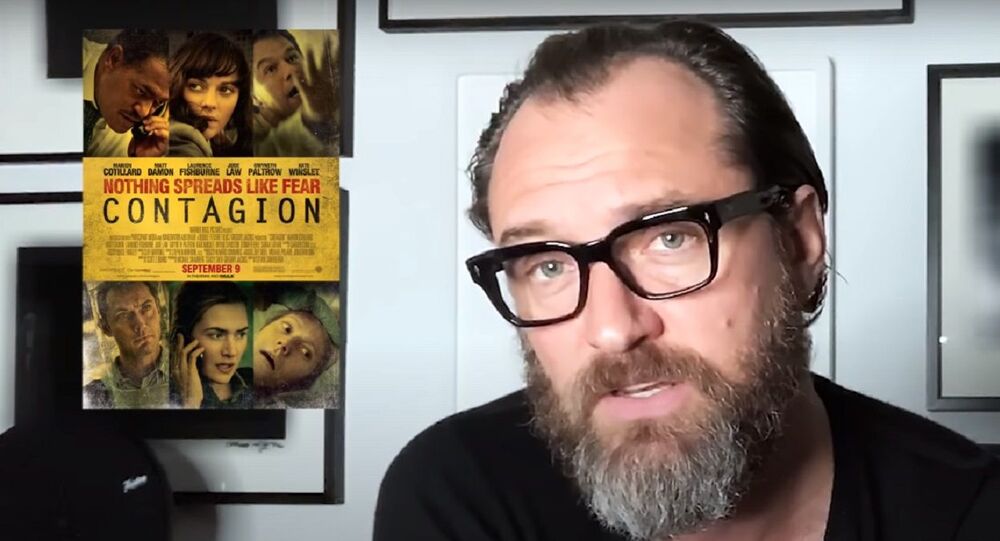 A global health crisis has caught many by surprise this year as COVID-19, which initially wasn't taken seriously enough, continues to infect a growing number of people. Yet a pandemic of this scale is hardly anything new in the fictional world of cinema.

UK actor Jude Law was not hugely surprised when the coronavirus pandemic broke out earlier this year as he had been warned by experts who worked with him on the set of 2011 thriller Contagion that a similar calamity could occur.

The English star reminisced about his role in the film in an interview with GQ magazine where he broke down all the major characters he had played during his career.

Eerily prescient of this year's pandemic, the plot for Contagion - in which Law played a conspiracy theorist named Alan Krumwiede - revolved around a viral infection that swept over the planet.

The renowned Brit said that the scientists on the set explained to him that a global pandemic was "a case of when, rather than if".

"The way they described it, which is exactly as it has happened, just made sense. What’s scary is that you learn on a set like that because you’re being advised by experts, but it doesn’t necessarily sit," Law said, admitting that despite being scared at first, he became complacent as time went by.

The 2011 film, directed by Steven Soderbergh, with a cast including Marion Cotillard, Matt Damon, Laurence Fishburne, Gwyneth Paltrow, Kate Winslet and
Bryan Cranston, has enjoyed renewed popularity this year because of the pandemic. Its stars reunited earlier this year to issue COVID-19 guidance in a video.