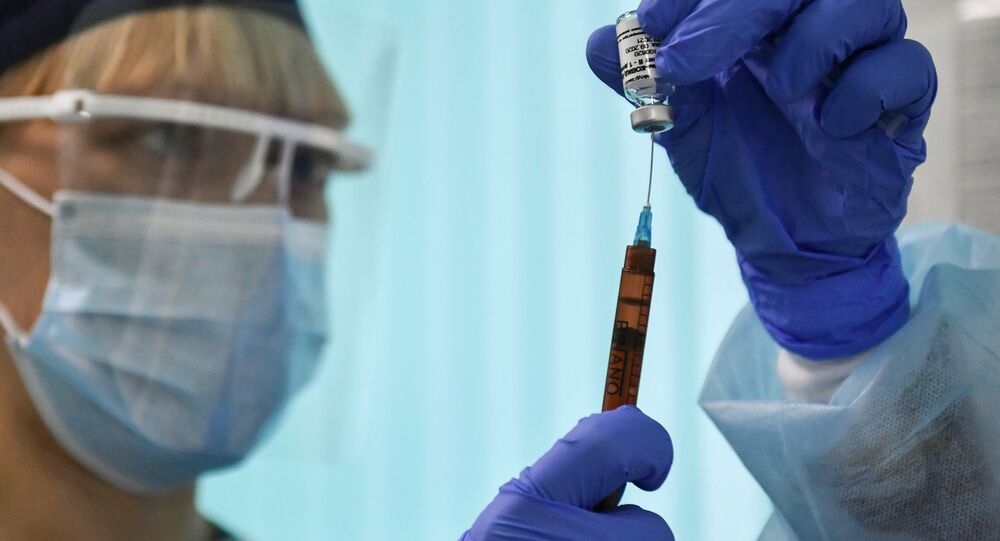 COVID-19 Vaccines: Why Anti-Vaxxers’ Warnings About Repetition of Thalidomide Scandal Are Bogus

Thalidomide is a drug that was marketed as a treatment for morning sickness in pregnant women in the late 1950s and early 1960s. It later became clear the drug caused miscarriages and abnormalities in children born to women who took it.

Anti-vaxxers are warning of the dangers of taking vaccines for COVID-19 and are seeking to stir up a campaign of public disobedience on social media.

One of the arguments they put forward is that the vaccines have been pushed through with indecent speed, and they believe they could have unintended side effects like the drug thalidomide.

As someone who remembers the effect of thalidomide, I’m very cautious. There is still so much we don’t know, especially about long term affects. We really don’t have time to assess the long term affects because the need is urgent. If we all just wore a mask & kept to ourselves.😢

Thousands of babies were born suffering from phocomelia, a condition which meant their limbs were shortened or missing. Others had missing eyes and ears, facial paralysis and damaged internal organs.

I can't help thinking of thalidomide - I don't think this vaccine will have been tested for long enough and that's why I'll be waiting. And watching.

​The thalidomide scandal was broken by the Sunday Times in the mid-1960s and the newspaper, under editor Harold Evans, highlighted how the drug had been manufactured in West Germany and undergone inadequate tests and then been distributed in Britain.

Dr Ruth Blue, secretary of the Thalidomide Society, said there had been a lot of talk among those resisting the COVID-19 vaccines about a repeat of what happened with thalidomide but she said it was red herring.

“Thalidomide can’t be compared to a vaccine. It never was a vaccine and it never functioned like a vaccine. Thalidomide went into your bloodstream, whereas the vaccine just gives you certain antibodies which help you fight off the virus,” Dr Blue said.

Dr Blue said: “Thalidomide was not properly tested. It never went through the properly monitored testing that any new drug will have these days. The UK trusted the German tests. But it was never allowed in the United States because Frances Kelsey, working for the FDA, would not accept it.”

He said: "Her exceptional judgment in evaluating a new drug for safety for human use has prevented a major tragedy of birth deformities in the United States.”

​She added: "Thalidomide can't be compared to a vaccine. It is like comparing sticks and stones. Thalidomide was never a vaccine and it does not function like a vaccine. Virus vaccines are a tried and tested well understood science which have been saving lives for decades. Thalidomide was a new medication at the time and there was nothing to compare it to."

Thalidomide is still used today as a treatment for bone marrow cancer, leprosy and a few other rare conditions but it is not recommended for use by pregnant women or even women of child-bearing age.

​Dr Blue said the thalidomide scandal led to legislation in Britain, Germany and elsewhere to prevent this happening again. Prescription laws changed and documentation of the potential side effects of a medicine - including those which were extremely rare - had to be included with the drug for the patient to read and make an informed decision on.

Many more drugs were also banned from being prescribed for pregnant women.

Today there are 452 people still alive in the UK who were born with impairments caused by thalidomide.

​They are all beneficiaries of the Thalidomide Trust who manage and distribute funds largely provided by Diageo, the company who inherited the legacy of the case from Distillers, who distributed the drug back in the 1960s.

While Distillers distributed the drug in the UK the real villains of the piece were the West German manufacturers Grunenthal, who got away without paying full compensation because they created a “clever loophole” in the law.

Dr Blue said the thalidomide community was particularly vulnerable to COVID-19 for many reasons and she said she hoped they would be among the first in line for the vaccine although their concerns about its safety were completely understandable given their history.

She said: "Since thalidomide there has been a real fear of new drugs but they are put through so many tests nowadays before they reach the market. These COVID vaccines will be properly tested. Thalidomide was a poorly tested drug which was used on pregnant women."