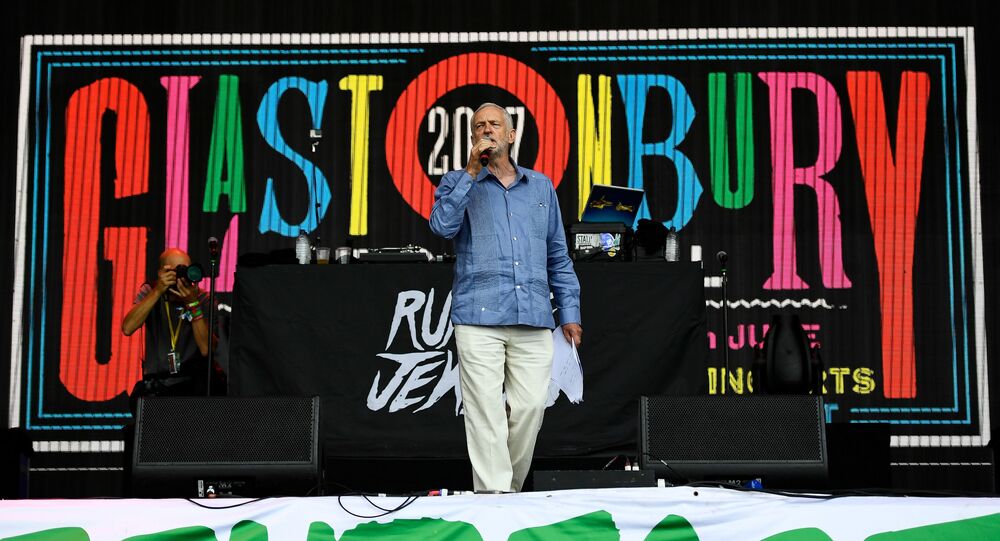 Comedian Fin Taylor said Jeremy Corbyn's supporters were as 'dogmatic' as folk singer Bob Dylan's fans on last Friday's edition of 'Have I Got News For You?' - and joked that bombing the Glastonbury festival would get rid of both.

The British Broadcasting Corporation (BBC) has defended its current affairs comedy quiz  after a guest joked he would bomb the Glastonbury festival to kill Jeremy Corbyn's fans.

Almost a week after the programme was broadcast, the corporation noted on Thursday that Have I Got News For You? had over more than 30 years on air built up a "reputation for irreverent humour and satire" and that comedian Fin Taylor's comments were clearly not meant to be taken seriously.

Taylor, who has been praised for being "both edgy and woke within the same joke," appeared on last Friday's edition of the show.

He broached the topic of former Labour Party leader Jeremy Corbyn having his suspension from Labour - over comments he made on a probe into anti-Semitism in the party - lifted, while current leader Sir Keir Starmer has refused to restore the party whip to him.

"I feel like we had an opposition for 19 days and now it’s over again, he just won’t stay in his box," the comedian said.

"My relationship with Corbyn is like Bob Dylan, in that I only hate him so much because of his fans," Taylor added, calling Dylan fanatics "dogmatic" in their view that he is the world's greatest musician.

"People who like Corbyn, it’s like, what, it’s 200,000 people in the Labour Party that are fanatics," Taylor said.  "So all you’ve got to do is, next year, bomb Glastonbury, hopefully Dylan’s headlining. Two birds, one stone."

Taylor's joke drew harsh criticism on social media and complaints to the BBC.

"Regular viewers expect the panellists to make jokes and understand that contributions are intended to be funny and amusing, and this edition was no exception," the corporation said in a statement . "It was clear that comedian Fin Taylor was talking about an utterly absurd scenario, in which he compared Jeremy Corbyn to Bob Dylan, and was in no way whatsoever to be taken seriously."

The Glastonbury Festival at Worthy Farm in Pilton, Somerset, traces its history back to 1970 although it has only been an annual fixture since 1981. Originally a hippie and Prog Rock festival, it has since the 1990s become increasingly oriented towards mainstream pop music, while ticket prices have soared. Corbyn gave a speech from the main Pyramid Stage at the 2017 festival.