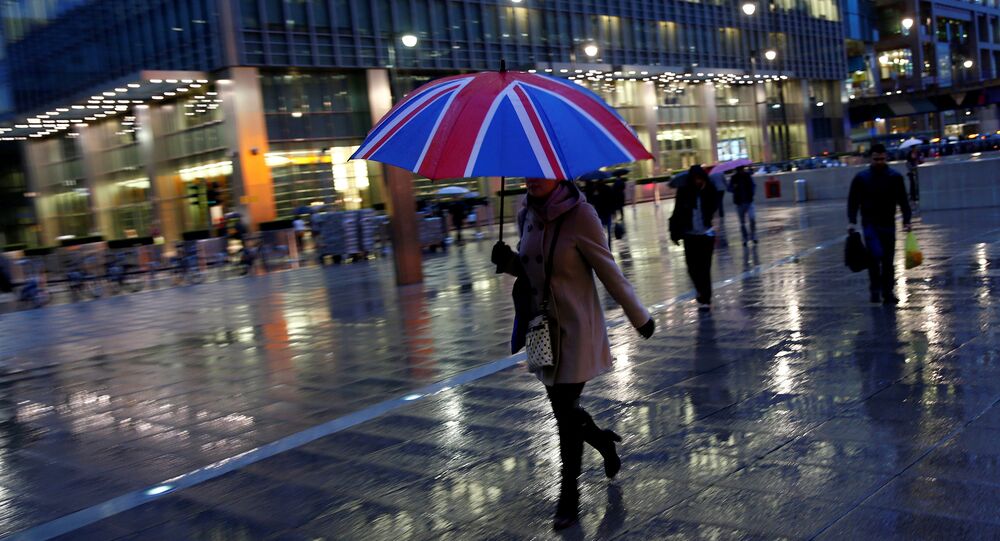 On Monday, UK Chancellor of the Exchequer Rishi Sunak underscored that he "cannot justify a significant, across-the-board pay increase for all public sector workers" amid the ongoing COVID-19 pandemic.

Union leaders in Britain have lashed out at a move by the country's Chancellor Rishi Sunak to introduce a pay freeze on more than a million public sector workers.

National officer of the UK general trade union GMB Rehana Azam predicted that the decision "will hit key workers who have risked everything" during the coronavirus pandemic.

"This attempt to divide and rule will put him [Sunak] on a direct collision course with public service workers, and he should know that we fought the public sector pay cap before and we busted it", she pointed out.

Azam made it clear that her trade union would "not accept more pay cuts" for its members "at a time when the whole country is relying on them".

She was echoed by general secretary of the Public and Commercial Services union (PCS) Mark Serwotka who argued that the pay freeze would prompt civil servants and other public sector staff to end up feeling "a deep sense of betrayal".

"Despite keeping the country running during the COVID crisis, supplying Universal Credit and helping businesses access the furlough scheme, the chancellor has justified a pay freeze by pointing to lower wages in the private sector", Serwotka said.

According to him, the move "has intensified long-standing anger at a decade of pay restraint and increased the likelihood of industrial unrest in the public sector".

The same view was expressed by leader of the Rail, Maritime, and Transport union (RMT) Mick Cash and Unison general secretary Dave Prentis. While Cash warned that union members "have no hesitation in taking strike action", Prentis said, referring to Sunak's decision, that "this is austerity, plain and simple".

The flak from union leaders comes after Chancellor Sunak announced a pay freeze for at least 1.3 million public sector workers, except frontline health workers fighting the COVID-19 pandemic and the lowest-paid.

Sunak said that pay rises for civil servants, teachers, police, firefighters, the armed forces, and council staff were being "paused", adding that the government is "targeting" its resources "at those who need it most".

© CC0 / Pixabay
UK’s Public Debt Goes Over $2.6 Trillion Amid COVID-19 Crisis, Report Suggests
He stressed that the government's "immediate priority is to protect people's lives and livelihoods" amid the ongoing coronavirus pandemic. Sunak also remained downbeat about the UK's "economic output", which he said "is not projected to return to pre-pandemic levels until the fourth quarter of 2022".

The remarks followed the chancellor stating earlier this month that the coronavirus-related restrictions imposed in the UK to curtail the spread of the disease were likely to have impeded the country's economic growth, which had already begun to slow down.