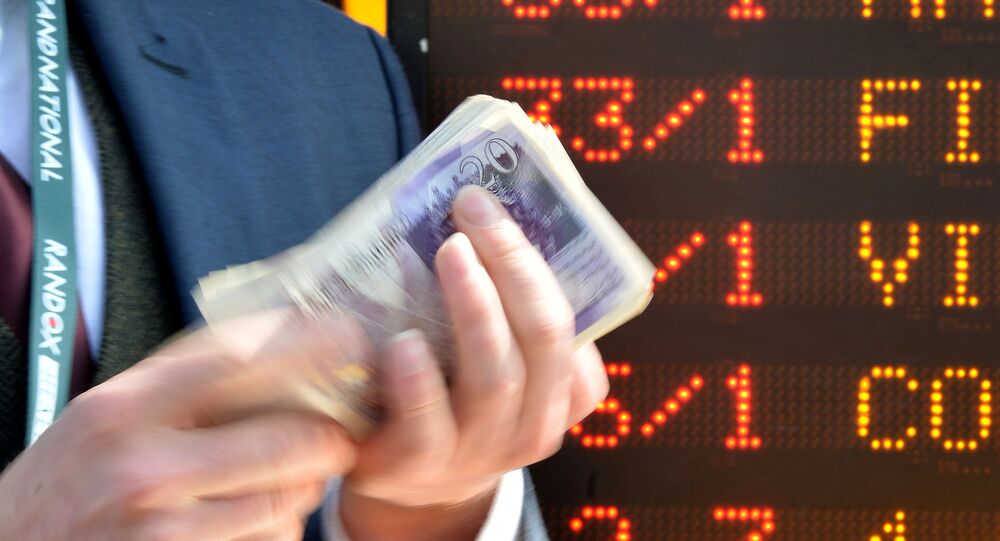 As the British Government’s Borrowing Hits £400 Bn, Where Does the Money Come From?

The UK Treasury is set to borrow almost £500 billion this year as the chancellor, Rishi Sunak, struggles to keep the economy afloat amid the pandemic. But who is Britain borrowing money from, and how?

The Chancellor of the Exchequer, Rishi Sunak, is delivering his annual spending review to Parliament on Wednesday, 25 November.

Mr Sunak said the Office of Budgetary Responsibility was forecasting Britain would borrow £394 billion this year, equivalent to 19 per cent of GDP, the highest level of borrowing in peacetime.

​The Conservative Party won a resounding victory in the general election in December 2019 but the Prime Minister Boris Johnson’s agenda was knocked off course in February when Sajid Javid resigned as Chancellor.

Then COVID-19 hit the UK and Javid’s replacement, Rishi Sunak, was forced to stick his hands deep in the Treasury’s pockets to fund the furlough scheme as the first lockdown kicked in.

A second wave of coronavirus cases forced the prime minister to bring in another lockdown in England, which is due to come to an end on 2 November.

But Sunak’s largesse has meant a massive increase in borrowing.

The latest figures, revealed in the Sunday Telegraph, show the UK government borrowed £22.3 billion in October, an increase of £10.8 billion on September.

Where is Money Coming From?

When the government borrows money it does so by selling bonds.

​In the First and Second World Wars, for example, the government produced war bonds and encouraged individuals to buy them.

The proverbial Fred Bloggs in Birmingham was effectively lending money to his own government to help pay for the war effort.

Government bonds, or gilts, are still the best way to borrow money quickly, although nowadays they are usually bought by pension funds, banks and hedge funds, rather than individuals.

​But whereas during the war, when people bought bonds out of patriotic duty, funds and banks now buy them as a good investment. They are effectively being paid interest for getting the government out of a cashflow hole.

A standard gilt issued by the UK government pays a fixed yield every six months until it matures, at which date the investor receives their final payment and the original sum they invested.

The income yield on a ten-year UK government bond is 0.22 per cent.

THEN AND NOW: As Rishi Sunak prepares to slash the foreign aid budget today, here are all the promises made by senior Tory politicians over the last year or so... pic.twitter.com/78eXvDo5Sw

Mr Brain said: “Even though the yields are low, and you are potentially losing out on years of income, government bonds do offer protection. The bond buying programmes of governments aren’t going away, even if they are tapered back, and having a constant buyer in the market should help investors. And of course, in the event there is a worse economic downturn, the government bonds would likely rise in price and offer protection.”

But is there a list of who owns these gilts?

So there is no way of knowing whether the government has borrowed from rich Gulf sheikhs, Russian businessmen, US hedge funds or one of the world’s big sovereign wealth funds.

The China Investment Corporation is the country’s flagship sovereign wealth fund, with assets of $813 billion (£610 billion). It already owns a share in London Heathrow Airport and Thames Water, as well as dozens of buildings in the City of London.

Sputnik understands that the Treasury's Debt Management Office sells gilts in the primary market exclusively via Gilt-Edged Market Makers (GEMMs), primary dealers in gilts who trade in either conventional gilts, index-linked gilts or both. GEMMs are the means by which the debt is distributed to end-investors, which include domestic financial institutions such as banks and building societies, the UK pension and insurance sector and a range of overseas investors.

​One of those institutions we do know has been buying up government bonds is the Bank of England, which owns £875 billion of bonds.

When the Bank of England buys bonds it is known as "quantitative easing” or QE.

On its own website the Bank of England explains: “Quantitative easing is a tool that central banks, like us, can use to inject money directly into the economy.”

It goes on to say: "Money is either physical, like banknotes, or digital, like the money in your bank account. Quantitative easing involves us creating digital money. We then use it to buy things like government debt in the form of bonds…The aim of QE is simple: by creating this ‘new’ money, we aim to boost spending and investment in the economy."

The Bank of England started off as a private bank but in 1946 it was nationalised.

In 1997 the then Labour government of Tony Blair granted the Bank of England a degree of independence - giving them the decision to choose when to put up interest rates, for example.

The Bank of England’s current governor is Andrew Bailey, who was appointed in March this year by the government, succeeding the Canadian Mark Carney.

​Announcing his appointment the Chancellor, Rishi Sunak, said: “Andrew was the stand-out candidate in a competitive field. He is the right person to lead the Bank as we forge a new future outside the EU and level-up opportunity across the country.”

Bailey chairs the court of directors, which runs Bank of England strategy, and sits alongside a familiar face - Dido Harding, a Tory peer.

Baroness Harding, who was appointed to the Bank of England’s court of directors in 2014, is also the executive chair of NHS Test and Trace and has been heavily criticised this year for her handling of the pandemic.

In September Boris Johnson said criticism of Baroness Harding was “unseemly and unjustified”.