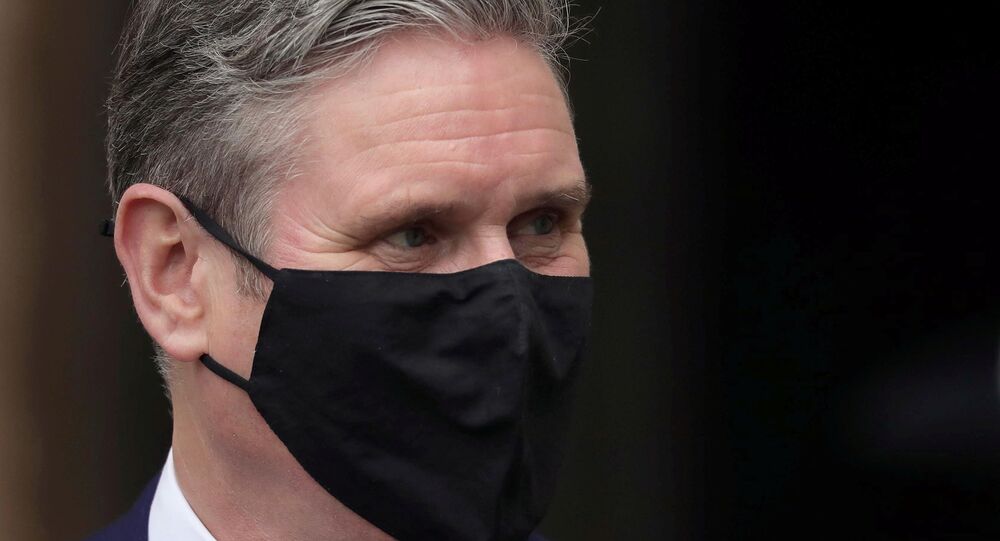 Former Labour MP Laura Pidcock and Unite the Union leader Howard Beckett both linked the snub to firefighters' leader Ian Murray to his support for former Labour leader Jeremy Corbyn, who remains suspended from Labour's Parliamentary group despite his readmission to the party.

Cracks in the UK's opposition Labour Party have widened after 13 left-wingers staged a 'virtual' walk-out of a party executive meeting.

They claimed it was a matter of "longstanding protocol" that Fire Brigades Union (FBU) president Ian Murray, as sitting NEC vice-chair, should be the one to succeed Andi Fox of rail union TSSA when she steps down under the rotating leadership system.

"We have decided not to remain in the NEC meeting today in order to show very clearly how factional the decisions of the current Labour leader have become," the group said in a letter to Labour General Secretary David Evans. "We will be returning to future NEC meetings to be the legitimate voice of the membership and to continue to demand that the party unite and reject the current factional approach of the leader."

​One of those who left in protest was former North West Durham MP Laura Pidcock, who accused the party leadership of "disrespect" and "doubling down" on Starmer's decision not to restore the Parliamentary whip to former leader Jeremy Corbyn even after the NEC and its Disputes Committee lifted his suspension last week.

​Murray was one of 14 NEC members who signed a scathing letter to Evans last week attacking Starmer for his “act of deliberate political interference in the handling of a complaint” against Corbyn, charging that it amounted to "double jeopardy" and "direct criticism of the decision" by the Disputes Panel.

One NEC source told The Guardian how the Unite leader gave a fiery speech before his walk-out, but then spent an awkward minute trying to work out how to hang up from the conferencing app.

Another source said the walk-out was “clearly planned in advance … they’ve thrown their toys out of the pram … none of us ever walked out when we didn’t get our way, lost votes!”

Evans suspended Corbyn's Labour membership at Starmer's bidding in late October, on the day of the publication of an Equalities and Human Rights Commission (EHRC) report into allegations of anti-Semitism in the party during the former leader's tenure. Corbyn's response the commission's report denounced anti-Semitism, but insisted that "the scale of the problem was also dramatically overstated for political reasons by our opponents inside and outside the party, as well as by much of the media."

A source on the Labour left told Sputnik that the protest by NEC members meant little unless they had the courage to challenge the new leadership's narrative on anti-Semitism claims.

"The left has already lost its majority on the NEC so the walkout, whilst understandable, won't change anything. What the NEC left really need to do is to challenge the anti-Semitism smears and stop capitulating to the right out of fear," the source said. "As Corbyn said, the scale of the anti-Semitism in the party was dramatically overstated for political reasons, and the left MPs and NEC members need to summon up the courage to tell it how it is."

Dame Margaret, who was first elected to Parliament in 1974 and served in the Labour governments of Jim Callaghan and Tony Blair, is the NEC's longest-standing member.