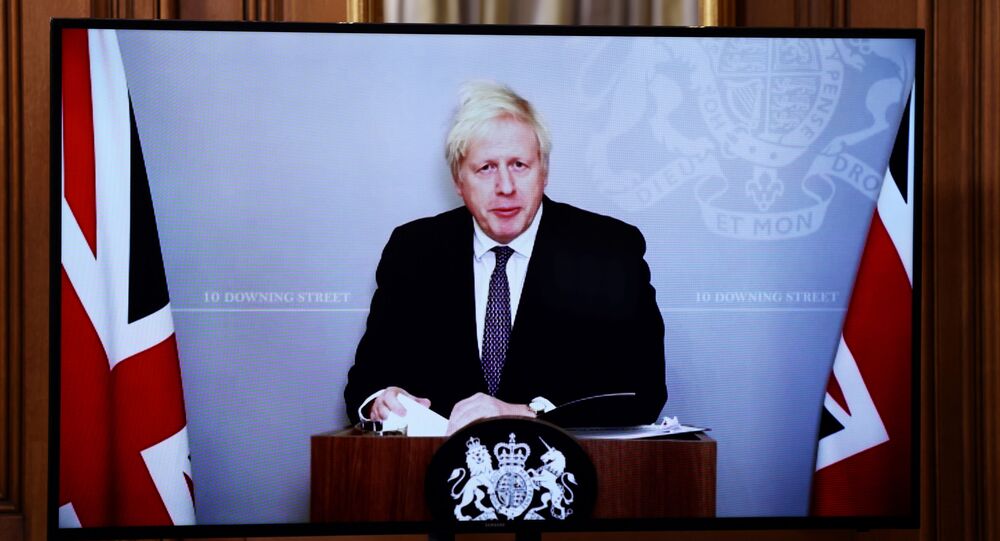 BoJo's Winter Whackdown on COVID: Will You Get To See The Folks This Christmas?

With the Christmas season looming, Britons are itching to buy gifts, stock up on treats, get dolled up and meet up with friends and family. And shops, pubs and restaurants are anxious to rake in the cash at this time of year.

UK Prime Minister Boris Johnson has unveiled yet another change to COVID-19 restrictions from December 2. But what's changed?

Johnson finally confirmed to Parliament on Monday that the current month-long nationwide lockdown will end as planned on December 2. England will go back to the three-tier system of region-by-region and city-by-city restrictions that was briefly brought in before the November lockdown, but with some changes in a bid to make “one final push" before a vaccine becomes available next spring.

The PM, who is self-isolating at Number 10 after meeting with an MP who tested positive for coronavirus, said the new Covid 19 Winter Plan rules would be tougher - but in fact they include some important loosening of controls.

“I’m sorry to say that we expect more regions will fall, at least temporarily, into higher levels than before,” Johnson told MPs via video link. “But, by using these tougher tiers and by using rapid-turnaround tests on an ever greater scale... it should be possible for areas to move down the tiering scale.”

People will be able to go out for any purpose, not just "essential" ones, although they are still encouraged to work from home "where possible", and all non-essential shops can reopen across England in time for the Christmas shopping rush.

Non-essential shops, gyms, hairdressers and beauticians will be able to stay open under all three tiers. Pubs, cafes and restaurants will open normally in tier one areas, subject to the "rule of six" limits on social mixing. The pre-November early closing time of 10 pm will be relaxed so that drinks can be served until 10pm, but patrons have until 11 to drink up and keep socialising.

In tier two areas, pubs will only be able to serve alcohol to customers who order a "substantial meal" - so you can't get away with ordering a bag of peanuts and ten pints of lager!

Live events like sports matches can go ahead under tiers one and two, with a limit of 4,000 spectators outdoors in tier one areas and 2,000 in tier two, but only 1,000 for indoor gatherings in both.

People will be able to attend weddings and funerals in tier one areas, but with a limit of just 15 guests at marriage ceremonies and 30 at burials and cremations.

Friends and family from separate households will be able to meet and mingle indoors in tier one areas, again subject to the rule of six, but in tier two zones gatherings can only happen outdoors.

Scotland, Wales and Northern Ireland will continue with their own rules set by the devolved administrations.

Most of Scotland's most densely-populated areas are already under First Minister Nicola Sturgeon's level 4 controls, which ban residents from leaving their council areas, but over the weekend the Edinburgh government moved to stop travel across the figurative "border" with England over the weekend, threatening to fine anyone crossing from one part of the UK to the other £60.

© AP Photo / Matt Dunham
UK Unions Threaten to Strike if Wage Demands Not Met Amid Reports of Possible Pay Freeze
Scottish National Party Westminster leader Ian Blackford drew fire for trying to police the rules via Twitter against an English resident who posted a photo of Caithness in Scotland. He later deleted the tweet and made an apology.