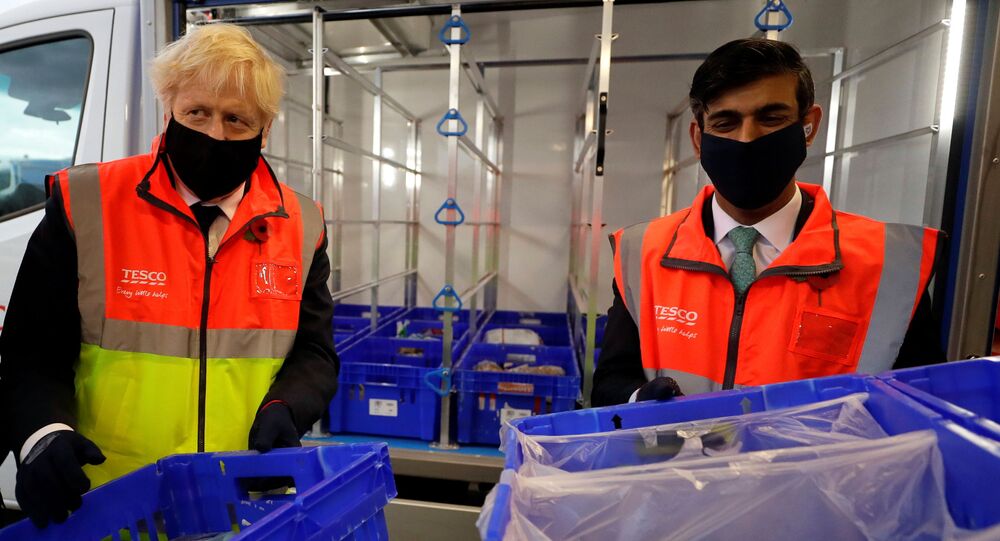 As Britain enters its worst slump in centuries as a result of the coronavirus pandemic and subsequent lockdown rules which restrict day-to-day economic activity, Chancellor Rishi Sunak is set to announce a massive injection of funding for the state sector.

UK Chancellor Rishi Sunak has pledged to announce a “significant” increase in public sector funding and ruled out a return to austerity "next week" as part of his one-year spending plan on Wednesday.

“You will not see austerity next week”,  Sunak told Sky News on Sunday. “What you will see is an increase in the government’s spending on day-to-day public services, and quite a significant one, coming on the increase that we had last year".

This comes amid reports that public sector workers could see a pay freeze, argued that it would slow borrowing during the pandemic response.

“When we think about public pay settlements, I think it would be entirely reasonable to think about those in the context of the wider economic climate”, Sunak said.

Sunak refused to answer questions on any possible tax increases saying he would not be addressing any future budget decisions.

"You will not see austerity next week, you will see an increase in government spending" says Chancellor Rishi Sunak. #Ridge

​According to Reuters, Sunak will be announcing the largest public borrowing regime since World War Two as Britain falls into its biggest economic crisis in more than 300 years.

Economists believe Britain will be borrowing around £400 billion ($531.28 billion) in 2020, nearing 20% of its national gross domestic product (GDP), or nearly double what the cost following the 2008 global financial crisis (GFC)

Sunak told Sky that economic forecasts are set to be published to accompany his spending outline, which would demonstrate the “enormous strain” that coronavirus has had on the economy and how his plan would prioritise tackling the pandemic.

The UK finance ministry said on Saturday that Sunak is expected to introduce a one-year package costing more than £3 billion ($3.98 billion) to support the National Health Service (NHS) as it struggles to cope with increasing coronavirus cases.

Since the first national lockdown was introduced in March, the Conservative governments in Westminster have introduced unprecedented state intervention and spending schemes in a bid to support workers placed on furlough and protect the UK economy.

What has become widely known as 'austerity' was a regime of large-scale spending cuts to public services following the GFC, in which the national deficit rose exponentially.