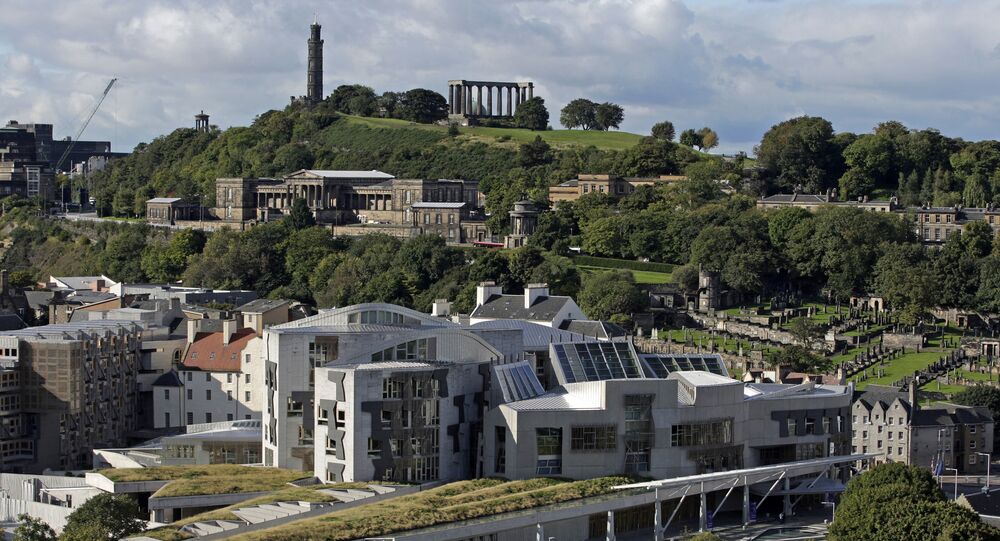 Amid a rising nationalist feeling in Scotland, Conservative and Labour parties have increasingly found common cause in their opposition to Holyrood's ruling Scottish National Party, whose core policy is now the nation's withdrawal from the United Kingdom.

© AP Photo / Jane Barlow
Scotland's First Minister Nicola Sturgeon speaks during an event at the Ozone, Our Dynamic Earth, in Edinburgh, Friday Jan. 31, 2020, to outline Scottish independence plans on the day that the UK is set to leave the European Union