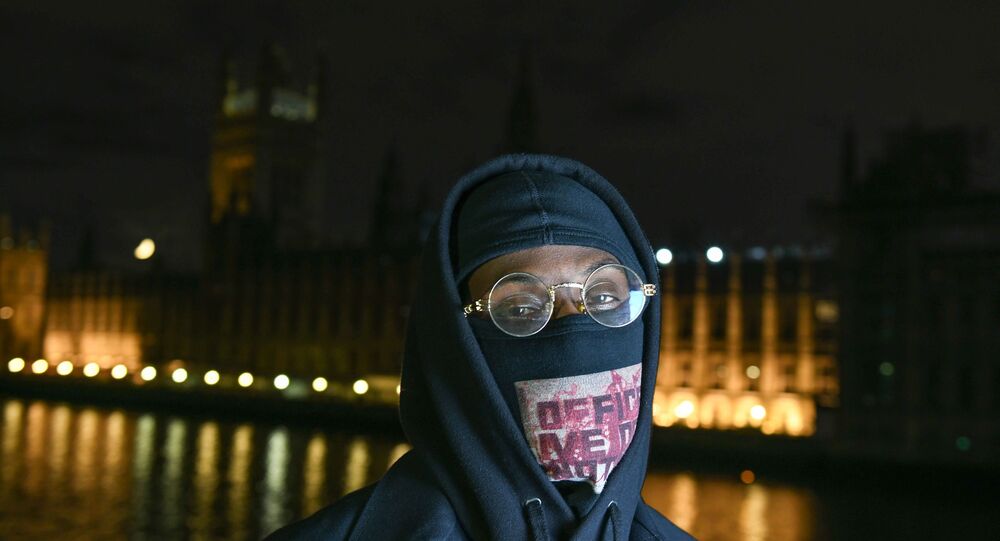 The enormous campaigns of Labour's London Mayor, Sadiq Khan, and Conservative Party candidate Shaun Bailey are, according to polling, odds-on to emerge victorious at next year's mayoral election. However, it is not uncommon for outsiders to throw their hat in the ring to highlight core issues.

Rapper Drillminister has relaunched a London mayoral campaign this week, pledging to tackle matters such as housing, law enforcement and plans to cancel the nation's "racist and ineffective" stop and search policy.

In a statement on Friday, the musician, who also goes by the name of Yung Drilly, revived his bid to run in 2021 to become mayor of the UK capital which he described as "one of the most unequal and corrupt cities in the world".

Drillminister took aim at the nation's leading politicians, citing the flouting of coronavirus restrictions by the "architect of Brexit and puppet master Dominic Cummings", and the refusal to "feed the poorest children in society while discussing pay rises for themselves".

​"Half of London’s wealth is owned by an elite few, and half a million of London's children are expected to go hungry this Christmas. In one of the richest nations in the world, hundreds of thousands of Londoners rely on food banks to survive," the announcement reads.

He said his "grassroots" campaign would come "from the bottom up" and be based it on interactions with "those who experience the worst" of the city's current economic situation.

In a scathing assessment of the Conservative Government and the "Blairite" Labour opposition in Westminster, he described the existing political opponents as subject to private interest rather than the public, keenly indicated by the ongoing pandemic.

"As the rats flee the sinking ship that is the Tory party, we cannot let the people of Britain drown in the ineptitude of Boris Johnson. He is not equipped to guide the country in a time of crisis, he is not even equipped to guide us on a tour of 10 Downing Street," Drilly said.

"This virus is eating away at an already diseased economy. We can’t rely on out-of-touch politicians in the Tory or the Blairite Labour party to cure it. Their decisions are negatively affecting the poorest people in this city. They can find money for loans to bail out big businesses. They can find money to line the pockets of private companies operating at a loss. But they can’t find the heart to help the poorest people in Britain."

He proposed following the Finnish model for housing provisions, citing psychologist Professor Sam Tsemberis, who created a programme called Housing First, which includes "housing the people most in need first without condition and then supporting them with mental health, addiction, medical care, income, and education".

"This has basically ended homelessness in Finland and is having great success around the world. I interviewed Sam for my ‘Making a Manifesto' series and he agreed to advise my campaign so we could try and do the same in London", Drillminister said.

Based on a meeting with the former UN Rapporteur on the Right to Adequate Housing, Leilani Farha, Drillminister promised to make London an "inhospitable environment" for private shell companies based in tax havens that buy up housing in the city. He stated that he will seek to provide accommodation as a human right, instead of as a commodity.

The artist promised to tackle the "root cause" of violent crime, describing the city's stop and search policy as "government harassment" that "robs you of your basic human rights".

"My campaign will be addressing the politically driven poverty that is the root cause of violence in the city, not persecuting those most affected by it. Stop and Search is a racist and ineffective policy that targets the poor and people of colour and as London Mayor I will end it immediately", he said.

​The announcement follows the release of the music video for Drillminister's song #BORISISAPUSSIO, which shows a mock-up blond-haired decapitated head, an apparent model for UK PM Boris Johnson.

Anticipating accusations of promoting violence, the rapper responded by accusing the UK government of daily practising "corporate manslaughter" around the world.

"If you think my lyrics are obscene, think about the racist, classist rhetoric that the UK leader is allowed to spout. This is economic warfare, and we are going to start firing back. They play their game, and we play ours. Politicians Kill - Vote for Drilly".

The issues Drilly tackles are supported by the numbers: net income inequality in the UK capital has steadily risen over the past 20 years, seeing London's Gini coefficient - a global measurement of wealth polarity- reach 0.43.

Economic inequality has long fed rising discontent in the city and the nation, with rising homelessness and high house prices a major contributor.

A 2015 study by the non-profit organisation Transparency International, using Land Registry and Metropolitan Police data, discovered that £122 billion of property in England and Wales is held in offshore tax-havens.

The official data shows that more than 40,000 London properties are owned by foreign companies, with nearly 90 percent assimilated into tax havens such as the British Virgin Islands and the Cayman Islands, where ownership can be kept secret.

Although Drillminister's mayoral bid is small compared with the established campaigns of Mayor Sadiq Khan or Conservative challenger Shaun Bailey, the former's message is increasingly accepted and supported.

The artist has in the past referred to the 2016 campaign of US President Donald Trump, who was also written-off as a joke candidate.

In a recent video, Drillminister issued a direct response to the United States presidential election, where he criticised both Democrat contender Joe Biden and incumbent President Trump for being beholden to corporate interests and an "imperialist" system.