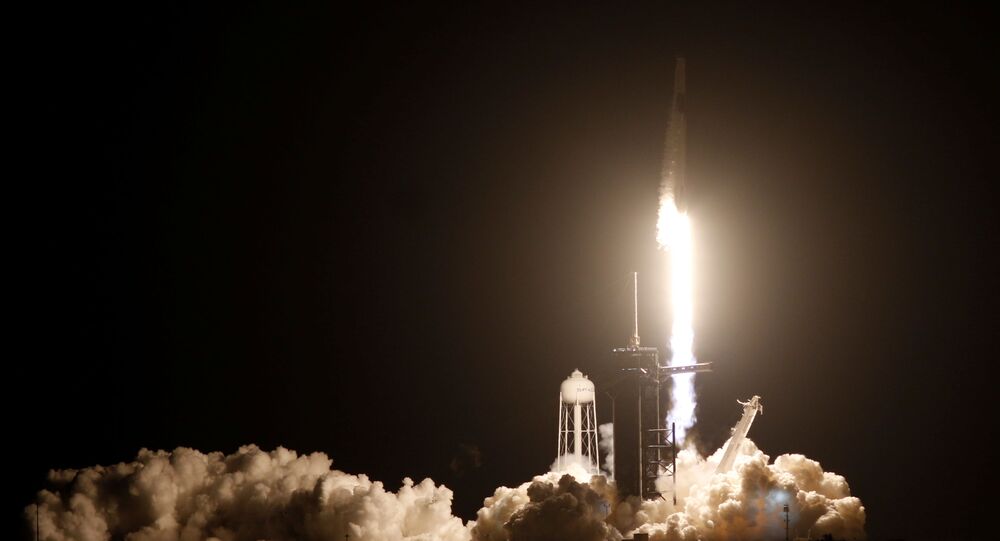 The UK’s newly announced Space Command is likely to pick up a number of projects already begun with its creation in mind and to partner closely with the US Space Force as part of a larger military confrontation with Russia and China in space.

On Wednesday, UK Prime Minister Boris Johnson announced the creation of the British Space Command as part of the commonwealth's biggest defense expansion since the end of the Cold War. The news comes less than a year after the US established its own US Space Force (USSF) as a new branch of the US military, ostensibly in response to the growing space capabilities of Russia and China.

According to Johnson, “the international situation is more perilous and more intensely competitive than at any time since the Cold War and Britain must be true to our history and stand alongside our allies. To achieve this, we need to upgrade our capabilities across the board.”

The British government began laying the groundwork for a space command over a year ago, following a Conservative December 2019 election pledge to establish the branch. In April, Air Vice Marshall Harvey Smyth was appointed the ministry’s first space commander, tasked with further coordinating what would become the commonwealth's Space Command, with a £7 billion portfolio for the next decade.

In July, UK Defense Secretary Ben Wallace, writing in the Telegraph, warned of “the threat Russia poses to our national security” following a purportedly “provocative test of a weapon-like projectile from a satellite threatening the peaceful use of space.”

"Today we can no longer assume the unchallenged access to air or space that we have enjoyed for the last three decades, nor can we ignore the threat of air, ballistic and cruise missile attack," Wigston said, as reported by Sputnik. The language closely mirrors that used by the Trump administration to justify creation of the US Space Force, a move decried by Russia and China as a serious threat to world peace and the creation of a military entity that does exactly what it claims to mitigate: the militarization of space.

"We can no longer assume that our space superiority is a given. If deterrence fails, we must be ready to fight for space superiority," stated the USSF chief of space operations, Gen. John Raymond, in remarks to federal lawmakers in February 2020.

In its Defense Space Strategy Summary, published in June 2020, the Pentagon outlined that one of its goals in pursuing the Space Force was to “promote burden-sharing with our allies and partners, developing and leveraging cooperative opportunities in policy, strategy, capabilities, and operational realms.”

In July, Raymond hailed London’s cooperation on the Artemis small satellite program, among other space-based ventures.

"Our Space Force and Air Force teams are currently evaluating where we can best leverage this capability across the space enterprise. Satellite communications is another area where we are working closely together. Our mutual needs for increased communications bandwidth and a more resilient SATCOM [satellite communications] architecture has the United States investigating partnership arrangements and hosted payloads on Advanced Extremely High Frequency [AEHF] evolved strategic satellite communications systems, Skynet and Wideband Global SATCOM [WGS] systems, to name a few,” Raymond said, adding, “Additionally, our nations recently reached agreement on technology safeguards that allows United States companies to support launching spacecraft from the UK.”

Also in July, Raytheon’s UK subsidiary signed a deal with the Defense Ministry’s Defense Equipment and Support office to develop navigation satellites with increased resistance to jamming. The USSF also singled out jamming as a significant potential threat.

Projects Potentially Within the Scope of the Space Command

According to Defense News, the UK’s Space Command is likely to take over development of the new Skynet 6 communications satellites and the possible creation of a UK Global Navigation Satellite System, along with surveillance satellites and ballistic missile defense radar networks.

However, the UK has also recently poured money into various international space projects, including half of the $1 billion July purchase of OneWeb, a startup that seeks to launch a broadband internet satellite megaconstellation of up to 650 satellites, which the UK would split with Indian mobile network operator Bharti Global. In November 2019, London increased its annual financial commitment to the European Space Agency by 15%, to £474 million.

Orbex Space
An artist's rendition of an Orbex Prime rocket launching from the proposed Space Hub in Sutherland, Scotland.

The UK prime minister on Wednesday said that the opening of the commonwealth's Space Command would be accompanied by a new satellite launch site in Scotland, which would “launch its first rocket in 2022.” It’s unclear if Johnson intends to push the building of another launch pad or expand one of several existing commercial projects.

The Space Hub Sutherland project, a proposal approved in August to build a small rocket pad in Scotland’s far north, could become a key launch base for the space program. The site was envisioned as a commercial launch pad for putting microsatellites into orbit, but risked being cancelled last month when US defense contractor Lockheed Martin, a major backer of the space hub, suddenly pulled its support.

Highlands and Islands Enterprise has said it hopes the Sutherland spaceport will be able to launch a rocket by the end of 2022, and noted that the spot’s high latitude is ideal for placing satellites into polar orbits.

The Pentagon has been moving toward using smaller, cheaper satellites, leaning heavily on private space firms like SpaceX to adapt their small commercial satellites for military uses. Last month, the US Space Force handed SpaceX a lucrative contract to turn some of its Starlink low-orbit broadband internet satellites into ballistic missile early-warning devices.

Another launch site also in the works, the Shetland Space Center, on Scotland’s most northerly island, is where Lockheed will move its own program that was earlier planned for Sutherland. The site plans to be able to launch a rocket by 2021.