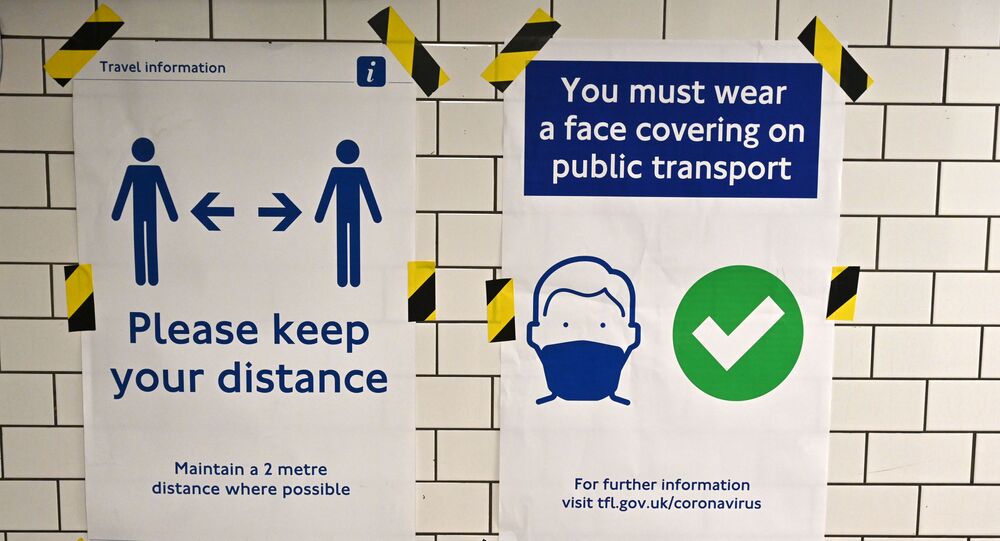 The facilities will back a rapid testing programme rolled out in early November aimed at tackling asymptomatic cases across England and Scotland, the government's health ministry said on Monday.

The UK government announced on Monday that it plans to open two 'megalab' facilities in early 2021 to double the nation's COVID-19 testing capacity.

The laboratories will be built in Leamington Spa and Scotland to increase daily testing capacity by 600,000 at full operation.

The new facilities will also be used to diagnose severe illnesses such as cancer, metabolic and cardiovascular diseases, Reuters reported on Monday.

“We didn’t go into this crisis with a significant diagnostics industry, but we have built one, and these two mega labs are another step forward,” UK health secretary Matt Hancock said in a statement.

Johnson was notified on Sunday he had been in contact with MP for Ashfield, Lee Anderson, who tested positive for COVID-19, forcing him to lead the country via Zoom while self-isolating for 14 days.

A No 10 spokesperson has said Mr Johnson was "well" and did not have any symptoms of coronavirus.

PM Johnson contracted the disease in late April and was hospitalised for several days in the first wave of the pandemic.

The statement comes after Johnson announced the government would deploy roughly 500,000 rapid response tests via the NHS Test and Trace programme.

Test kits were issued to more than 50 public health directors in England to work with local teams to test priority groups. Sputnik understands that the programme's capacity to deliver such tests will be boosted by the two new facilities.

The first 600,000 tests would be followed up with further weekly lateral flow antigen tests, the UK government said, with Health secretary Hancock confirming them to all public health directors.

Public health directors can request local testing schemes by contacting the Department of Health and Social Care (DHSC), the government said in a press release.

The programmes aim to detect asymptomatic cases in a bid to slow down the rate of transmission and save lives of those highest at risk, as well as back efforts from key workers.

"Last week we rolled out mass testing in Liverpool using new, rapid technology so we can detect this virus quicker than ever before, even in people who don’t have symptoms. Mass testing is a vital tool to help us control this virus and get life more normal," Health secretary Matt Hancock said at the time.

The programme would build on a national capacity of 500,000 tests a day to move to the "next stage of testing" for local areas, Interim executive chair of the National Institute for Health Protection, Baroness Dido Harding said in a statement.

The technologies deployed in Liverpool on 6 November can provide results in one hour without laboratory work, it was found. Nearly 60 authorities across England, including Birmingham, Kensington and Chelsea and Blackpool, are set to receive the testing programmes.

According to figures from the DHSC, daily COVID-19 cases began to spike from roughly 5,000 in early October to nearly 25,000 in early November, forcing the PM to announce a second lockdown which entered force on 5 November.

Nearly 2,900 deaths have been reported in the UK in the last seven days, the figures show. The UK has reported over 1.2m cases resulting in over 52,000 deaths, according to data from the John Hopkins University of Medicine.

Boris Johnson Has to Self-Isolate After Contacting Person With COVID-19, Downing Street Says