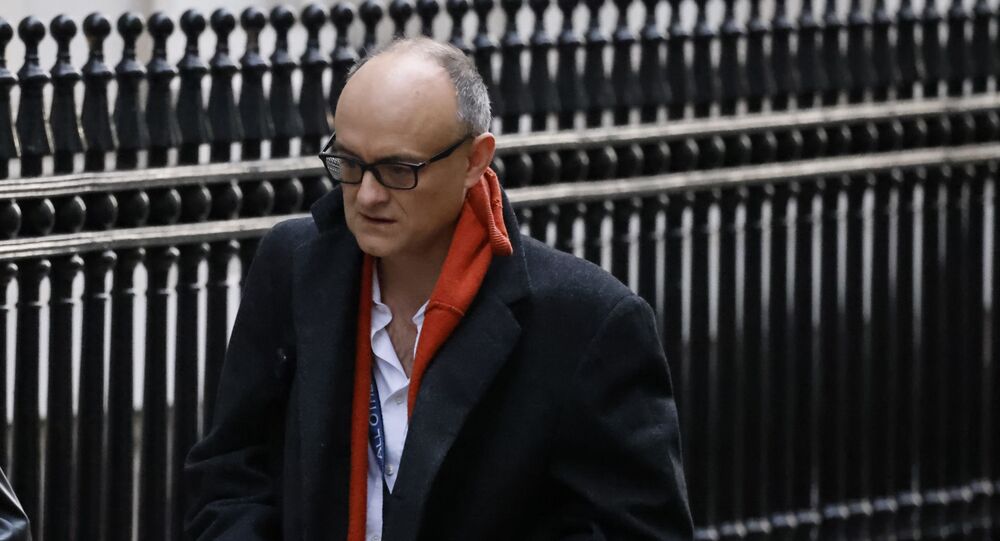 On Sky News on Sunday morning, Environment Secretary George Eustice insisted that Cummings’ exit would not affect the trade talks between UK chief negotiator Lord David Frost and the European Commission's Michel Barnier. The European Union has set a deadline of Thursday November 19 for progress.

Asked by host Sophy Ridge if there was more chance of a deal now Cummings was out of Downing Street, Eustice said Frost had "led these negotiations from the start and remains in place. So I don't actually think the departure of Dominic Cummings makes any particular impact on the negotiations."

​​And the minister said the House of Commons would vote down the amendments to the Internal Market Bill made by the House of Lords this week. They removed clauses that would override the Northern Ireland 'backstop' agreement, which would keep the region within the EU common market, in event of a no-deal Brexit.

"We will be putting those measures back," Eustice said, claiming they just "bring clarity to mechanisms that are already in the withdrawal agreement."

"There's already an Article 16 that allows us to act unilaterally when we need to in order to protect the economy of Northern Ireland, and... there's a commitment to good faith, which obviously we need the ability to implement."

​​Eustice’s comment came minutes after Irish Foreign Minister Simon Coveney threatened on the same programme that any trade deal would be vetoed by EU leaders if the bill passes in its unamended form.

"If the British government is determined to continue with their internal market bill, to re-introduce parts of that bill that were removed by the House of Lords this week, then I think this is a deal that won't be ratified by the EU," Coveney said. "There's no way the EU would agree to ratify a new agreement if the British government is breaking the existing agreement that's not even 12 months old."

​The UK Parliament's appointed upper House of Lords is subordinate to the elected House of Commons, which can override its votes to amend or reject new legislation.

© AFP 2020 / CHRIS JACKSON
'Mad Queen Symonds Destroys the Court': Cummings' Exit 'Beginning of the End' for BoJo, Media Claims
Brexit Party leader Nigel Farage warned that Cummings' going could spell a sell-out to EU demands to keep taking the lion's share of fish from the UK's huge maritime exclusive economic zone, and for continued compliance with EU regulations - including against state aid to protect jobs - to ensure a "level playing-field" against British competition.

In a series of tweets on Friday, Farage said that while there was no love lost between them, Cummings' exit was "bad news for Brexit".

​And the Brexit Party leader warned reports of a possible extension to the post-Brexit transition period for Northern Ireland - euphemistically dubbed a "grace period" - could be the thin end of the wedge for the whole UK.