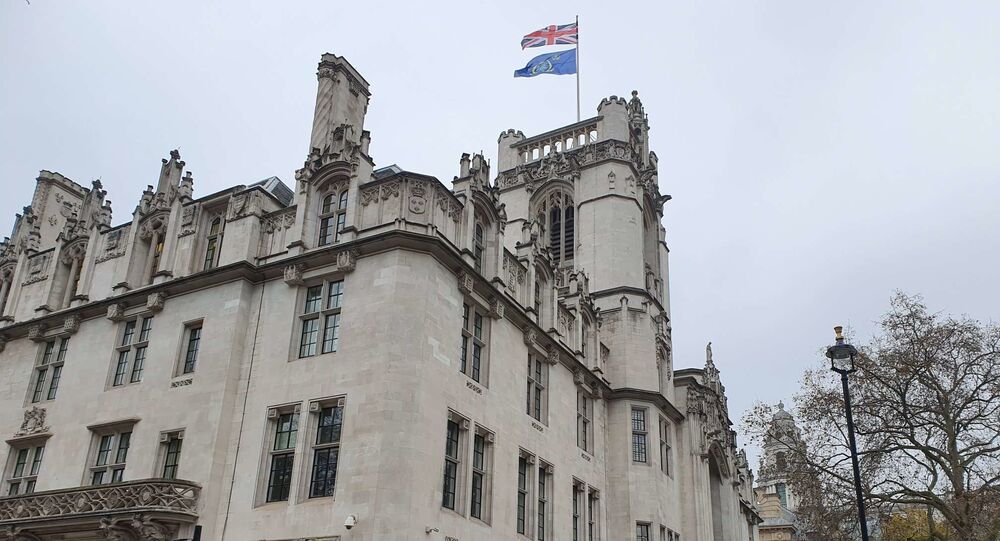 British cabinet ministers have repeatedly expressed alarm over post-election developments in the US, where President Donald Trump pledged an array of appeals to the country's Supreme Court to fight what POTUS describes as "fraudulent votes" cast in favour of Democrat Joe Biden, the projected winner of the race.

The UK's Supreme Court may be renamed over concerns that US-style election controversies may become routine in Britain, The Telegraph reports.

The newspaper cited unnamed sources as saying the court faces overhaul as cabinet ministers are involved in debates on changing the court's name, slashing the number of permanent judges, and appointing those with "specialist" knowledge to deal with individual cases.

"There's a feeling that [former British Prime Minister Tony] Blair and [ex-Lord Chancellor] Falconer made a complete dog's dinner of constitutional reform and that we're feeling the negative effects of it today", one of the sources claimed, in an apparent reference to the 2005 Constitutional Reform Act on setting up the Supreme Court of the UK.

Many MPs and peers warned at the time that the court's judges "may themselves be encouraged into inappropriate judicial activism by the name 'Supreme Court'".

The source continued, arguing that "just like in the US, campaigners are increasingly looking to the courts to settle political arguments and this puts the judiciary in a place most of its members really don't want to be".

According to the sources, renaming the body should make clear that it is not a US-style Supreme Court, where President Donald Trump has pledged to appeal what he calls a "stolen election".

The Democratic nominee declared himself president-elect after he was projected by major US networks to win the 3 November election. POTUS declined to concede, claiming "fraudulent votes" cast in Biden's favour.

© REUTERS / SHANNON STAPLETON
UK Press Divided Over Supreme Court's 'Damning Indictment' of Prime Minister Johnson
In a separate development in late October, the US Senate approved Trump's appointment of Amy Coney Barrett, a federal appeals court judge from Indiana, to become the newest US Supreme Court justice, in a move that established a firm conservative majority in the Senate.

The reported drive by UK cabinet ministers to overhaul the country's Supreme Court follows senior members of the Conservative Party lashing out at the body last year over it ruling that Prime Minister Boris Johnson's prorogation of parliament amid a Brexit standoff was unlawful.

Johnson at the time voiced "strong" disagreement with the court's verdict, described by Jacob Rees-Mogg, the leader of the Commons, as a "constitutional coup".

Whose Judgment Is It Anyway? UK Supreme Court's Investigation of Parliament's Proroguing Explained