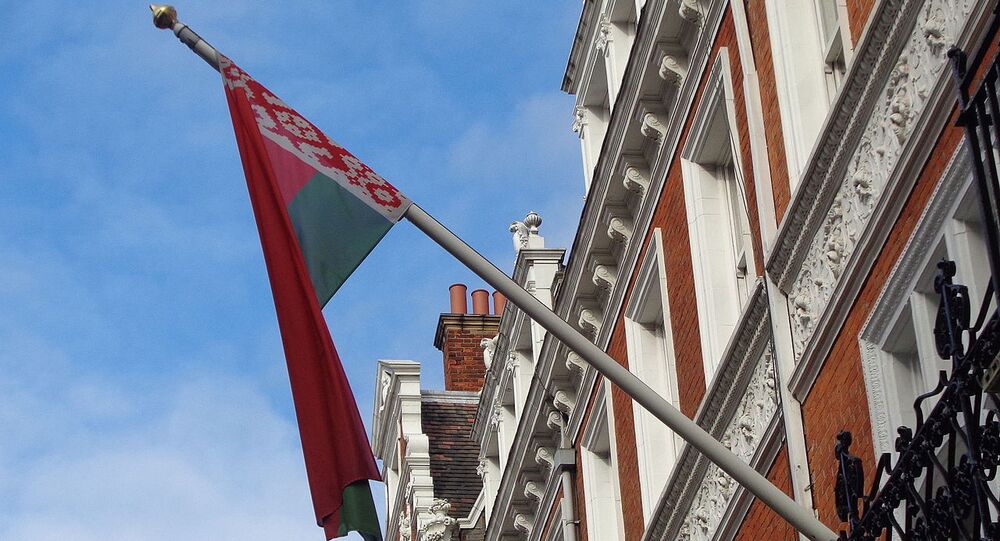 After incumbent President Alexander Lukashenko won the vote by a landslide in August, several countries, including the UK, the US, as well as the European Union, criticised the Belarusian authorities for alleged election fraud and violence against protesters.

The United Kingdom has expelled two Belarusian diplomats from the country as a mirror response to actions by Minsk, Foreign Secretary Dominic Raab said.

​The minister referred to a statement by Belarusian Foreign Ministry spokesman Anatoly Glaz on 9 November, stating that two diplomats from the UK Embassy had been declared personae non gratae due to "activities incompatible with the status of a diplomatic agent, the status of a diplomat, as well as with the goals of staying in the Republic of Belarus".

According to the spokesman, the decision was made solely because of "the confirmed destructive nature of the activities of these persons". The British diplomats have reportedly been collecting information about the internal political situation in Belarus and the course of the protests ignited by the presidential election in August.

Canada and the European Union have imposed several rounds of sanctions on Belarusian officials over their alleged participation in election fraud and for violence against protesters. The US also called on Minsk to immediately cease the "brutal crackdown" on demonstrators. Lukashenko has repeatedly accused Western nations of direct interference in the internal affairs of Belarus.

The EU has accused the Belarusian government of repressing protesters who have been holding weekly demonstrations in the capital since the 9 August presidential election saw the incumbent secure a new term.

Brussels does not recognise Alexander Lukashenko’s victory. The latter has been at the helm of Belarus for 26 years. It has called for a new vote and an "inclusive national dialogue" with the opposition.