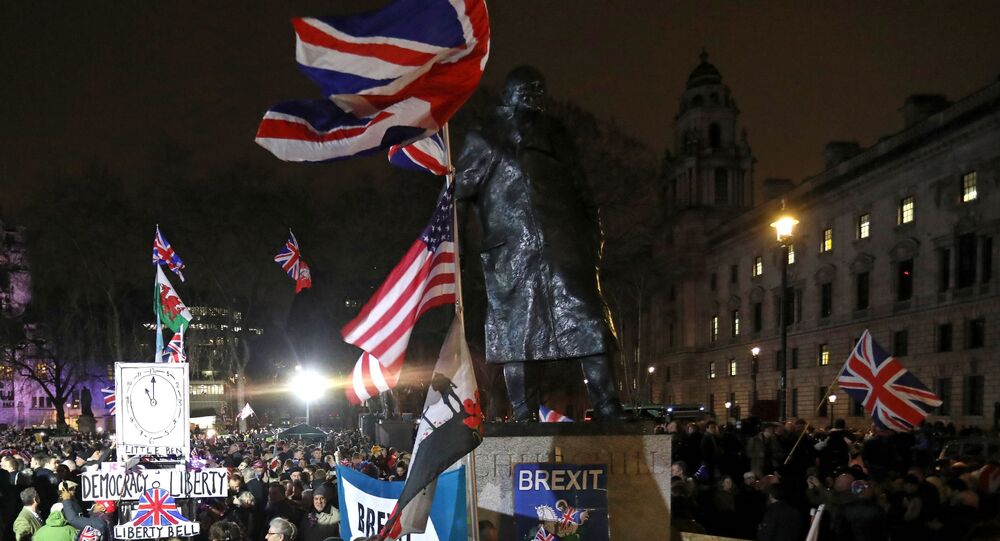 On Sunday, UK Prime Minister Boris Johnson reiterated that he sees Washington as London's closest ally, in what came after Democrat Joe Biden declaring himself victorious in the presidential race. Vote counting, however, is still underway in several states and they are yet to announce the final results.

In an opinion piece for the Daily Mail published on Monday, former UK ambassador to the US Christopher Meyer touched upon the future of the so-called "special relationship" between London and Washington following the US presidential election.

Democratic nominee Joe Biden has already been projected as the winner, even though the official tally has yet to be announced.

Meyer, for his part, noted that "whenever a US election delivers a radical change in president, anxieties, even panic, flare in Downing Street about what it will mean" for relations between the nations.

He then referred to the 2000 presidential election, when a fierce legal battle between Republican George W. Bush and Democrat Al Gore all the way to the US Supreme Court kept the results of the vote in limbo for over a month after the polls closed.

"[…] For goodness sake, everybody, calm down. We have been here before", Meyer writes, citing the outcome of the 2000 election which "hung in the balance" before the US Supreme Court "settled it in Bush's favour".

The ex-ambassador recalled that Bush entering office did not prevent then-UK Prime Minister Tony Blair from developing "an equally close relationship" with the new US president despite Blair having previously bolstered such ties with Bush's predecessor, Bill Clinton.

About current US-UK relations, Meyer claimed "the notion that [Prime Minister Boris] Johnson and [President Donald] Trump are politically joined at the hip is rooted in myth – one that seems to be based on Trump's backing for Brexit and a free trade agreement with the UK", something the ex-ambassador argued "never translated into anything concrete".

What's more, London and Washington remain at odds over Trump's "lukewarm support for NATO" and his criticism of China, as well as America's unilateral withdrawal from the 2015 Iran nuclear deal and the Paris Climate Accord, among other things, according to Meyer.

He asserted that "on the other hand, the raw materials for a close working relationship" with Biden "are all there", allegedly because "after a long career in the US Senate he is extremely well known to us, and to a succession of British ambassadors".

Meyer claimed that Biden's record in the Senate indicates that his stance on international issues "coincides almost exactly with the priorities of British foreign policy".

The ex-ambassador urged the two sides to bear in mind that "in many areas – from defence and intelligence cooperation to mutual investment – British-American relations have, for decades, been extraordinarily close".

"There is absolutely no reason why this should not continue under [possible new US] President Biden. It is so obviously in the national interest of both our countries", Meyer concluded.

His opinion piece comes a day after Prime Minister Johnson told reporters that he sees Washington as London's closest ally, in remarks that followed major American news networks projecting Biden as the winner of the 3 November US presidential election.

© REUTERS / SHANNON STAPLETON
Trump Lawyer Wants Recount in 28 States With 'Glitch' That Flipped 6,000 Votes to Biden
At the same time, Johnson added that "on the trade deal with the US, I'm a keen student of the United States' trade policy and they're tough negotiators".

This was preceded by the prime minister congratulating Biden on his projected election win on Saturday, in a tweet which also described the US as the UK's most "important ally".

Trump has, meanwhile, insisted that the election is not over as he promised to initiate several lawsuits to contest the vote results in several swing states, including Nevada, Pennsylvania, and Arizona.