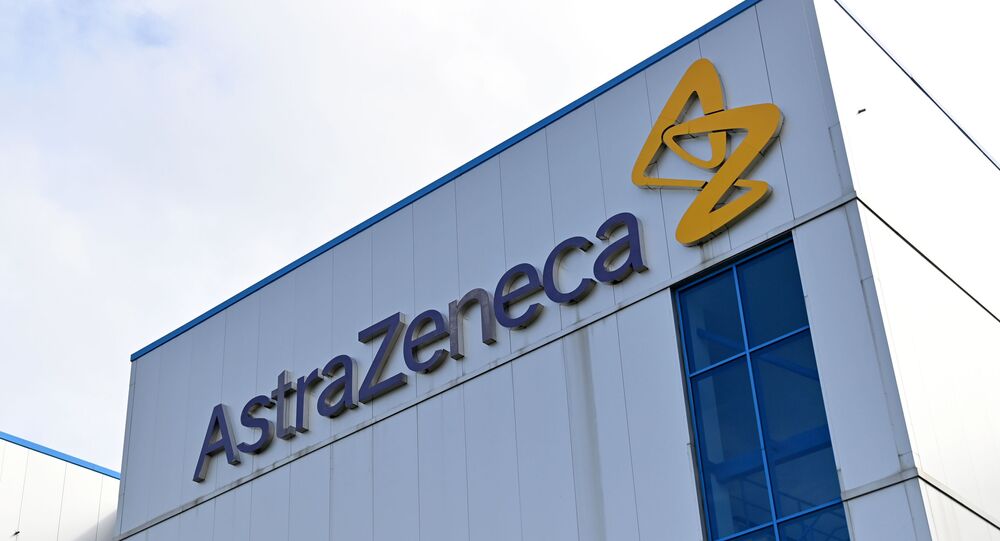 MOSCOW (Sputnik) - The pharmaceutical giant AstraZeneca has missed its target of delivering 30 million doses of its COVID-19 vaccine to the UK by September, and is expected to be able to hand over only 4 million doses by the end of the year, according to Kate Bingham, head of the Government's vaccine task force.

Bingham spoke during a meeting of the Commons health and social care committee on Wednesday and said that issues had arisen during the production process.

"The projections that were made in good faith at the time to get to 30 million doses in September assumed that absolutely everything would work and that there were no hiccups at all … and it hasn't gone linearly and it's not through lack of care or attention or availability of equipment … it's just, this normally takes a very long time," the vaccine task-force's chief said.

According to Bingham, AstraZeneca looks set to deliver just 4 million doses by the end of the year, given that production capacity has been improved.

"That should get us ... up to about 4 million doses that we should have by the end of the year," she said.

AstraZeneca is producing its COVID-19 vaccine in conjunction with the University of Oxford. On Wednesday, vaccine trial chief investigator Andrew Pollard said that there was a small possibility the vaccine would be ready before Christmas.

© REUTERS / DADO RUVIC
A test tube labelled vaccine is seen in front of AstraZeneca logo in this illustration taken, September 9, 2020.

Apart from the UK, AstraZeneca has been carrying out clinical trials of its coronavirus vaccine in Brazil, South Africa and India. Last month, the Brazilian Health Regulatory Agency Anvisa said that a 28-year-old Brazilian volunteer who was taking part in the trials died. The person's death apparently occurred as a result of "complications from COVID-19", according to local media reports. It was not immediately clear whether the volunteer had been given the vaccine or the placebo, and the situation has been under review since then.
In September, AstraZeneca put its vaccine trials on hold, after it was revealed that neurological illnesses were reported among some of the participants.