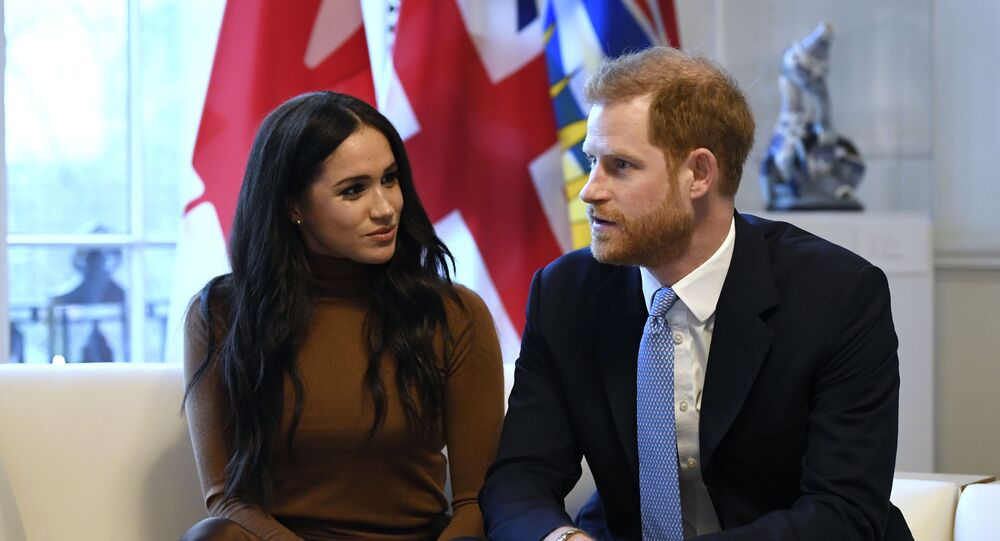 The British journalist, who has worked as an editor at several British tabloids and had his own show on CNN, has had countless spats with many high-profile figures, but it seems his biggest beef is with the Sussexes, whom he banned from his morning show and described as "hypocritical brats".

Piers Morgan has launched yet another attack on Prince Harry and Meghan Markle. In an interview with the Daily Express, the host of the Good Morning Britain show slammed the Sussexes for their attitude to the coronavirus and the way they have behaved during the pandemic. The 55-year-old said the couple should have acted like other members of the royal family.

"I think the way the Duke and Duchess of Cambridge have conducted themselves during the pandemic has been starkly at odds with the Sussexes, and to their great credit. They understand what to do. I thought Harry understood that but he has got no interest in duty. He has been completely bamboozled in a way that we saw the last time American lady [sic] entered the Royal Family", Morgan told the newspaper.

Morgan lambasted Prince Harry for a comment he made about the pandemic earlier this year. In April, Harry, who has had a tense relationship with the British press, which he has accused of publishing inaccurate stories and of vilifying his wife, said that the coronavirus outbreak in the United Kingdom wasn’t as bad as the public was being told by the media.

"[Things are] better than we are led to believe through certain corners of the media", Harry said in April.

His remark caused outrage among health experts, with world-renowned Professor Karol Sikora asking the royal what his qualifications were to make such a statement. Back then, the United Kingdom was recording hundreds of deaths from the coronavirus daily and went on to become the worst-affected country in Europe in terms of death toll, which now stands at more than 46,500.

"Even more disgracefully, Prince Harry accused the British media of exaggerating the scale of this coronavirus crisis. How the hell does he know how bad it is from his Hollywood hideaway – did he call his father Prince Charles, who has been suffering from the virus many thousands of miles away?" Pier Morgan said, commenting on Prince Harry’s remark.

The host of the Good Morning Britain show has been at loggerheads with the Sussexes ever since they announced their decision to step down from their senior roles in the royal family and work to become financially independent. The decision shocked Britain and polarised the public. Back then, Morgan called the couple "a pair of spoiled, entitled, hypocritical brats, who decided to hold the Queen and Monarchy to ransom so they could have their royal cake and eat it, and have now had their bluff called and been sent packing".