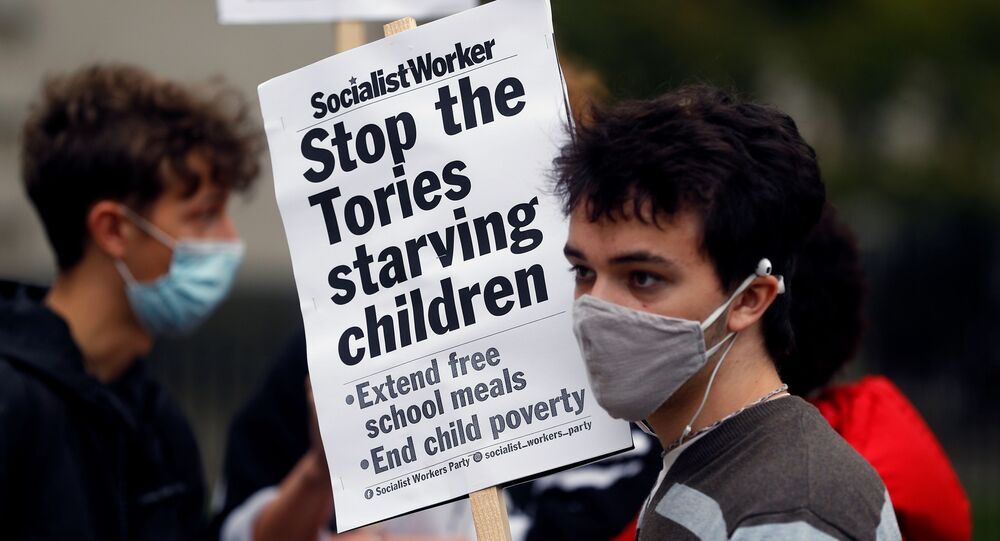 The United Kingdom's ruling Conservative Party has received widespread backlash for opposing the free school meal program which would see hungry students have access to hot food throughout the winter holidays.

A Conservative MP has been roundly criticised on Wednesday for children being sent to school hungry are the result of having "chaotic parents".

In a letter to a constituent defending his voting against an amendment to extend free school meals for low-income students, Former minister John Penrose blamed some parents for pupils being unable to concentrate in class, as the government faces growing backlash for opposing the social provision throughout the wintertime.

Mr Penrose, whose wife Baroness Dido Harding heads the NHS Test and Trace and also serves as the government’s ‘Anti-Corruption Champion’, slammed parents who send their children to school without breakfast, arguing that people should address the origins of poverty and criticised "sticking plaster" responses that "increase dependency" on government support.

"Practical measures which make a genuine difference to the causes of poverty include things like the Pupil Premium, which gives schools extra funding for disadvantaged pupils; breakfast clubs, which help children with chaotic parents who send them to school without breakfast so they can’t concentrate properly", he wrote.

Part of a letter Tory MP John Penrose sent to a constituent - who tells me he is is furious with his MP. ‘It’s despicable. An insult’ he says. pic.twitter.com/Jsbd9dBD7m

​Labour’s shadow education secretary Kate Green responded to the Mansfield MP's comments and said it is not too late to "do the right thing" and support free school meals during the Christmas holiday.

"It is completely unacceptable for a Conservative MP to blame parents for the challenges created by his own Government’s chronic incompetence", she said.

She said that children are "at risk of going hungry because of a decade of stagnant wages and cuts to social security" under Conservative governance.

"Not only have the Conservatives voted against helping these children, they are now blaming their parents", she added.

It is quite an irony really isn’t it ? JOHN PENROSE MP the multi millionaire husband of @didoharding claiming the current Free School Meals Fiasco is down to.....wait for it....
“Chaotic parents”

Well blow me down ! pic.twitter.com/WYOfTOQLos

​The move follows pressure by star Manchester United and England footballer Marcus Rashford in a widely-supported campaign to get Boris Johnson's government to provide free school meals to children.

According to a TUC analysis in 2019 found that the number of children living in poverty, despite being from working families, has increased by 800,000 (38%) since 2010.