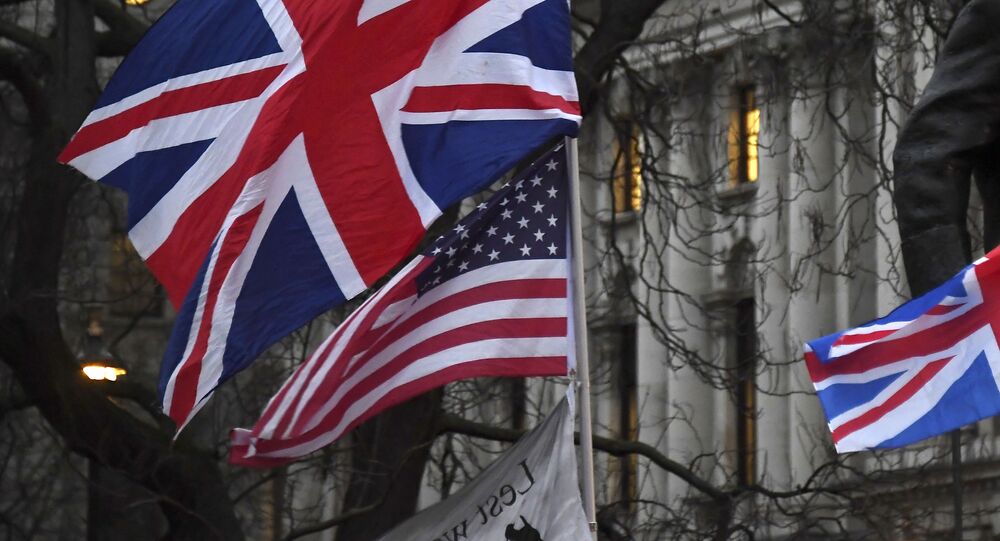 Last week, Sir Ivan Rogers, former UK ambassador to the EU, told the Observer that Johnson was "biding his time" and was likely to choose a no-deal option if Trump defeats Biden in the upcoming election.

UK Prime Minister Boris Johnson denied on Monday media reports that he was holding off on his decision regarding the post-Brexit deal the United Kingdom was currently negotiating with the European Union until the outcome of the US presidential election on 3 November.

"The two things are entirely separate," the Independent newspaper's website quoted Johnson as telling reporters during a visit to a hospital in the English city of Reading.

Last week, former UK ambassador to the EU, Sir Ivan Rogers, said in an interview with the Observer that many ministers and officials were of the opinion that Mr Johnson is waiting for the results of the November 3 presidential election in the US to make his final decision on a Brexit deal with the EU.

"Johnson will await clarity on the presidential election result before finally deciding whether to jump to ‘no deal’ with the EU, or to conclude that this is just too risky with Biden heading for the White House, and hence live with some highly suboptimal (for Johnson) skinny free-trade agreement", Rogers told the Observer.

According to The Guardian, a Downing Street spokesperson, for his part, stressed that "the US election is an internal matter for the US", adding that the UK welcomed the continuing talks with the EU on the details of the future Brexit deal.

Post-Brexit trade negotiations were resumed on Thursday after Johnson had called them off some days earlier, and are due to continue this week in London and Brussels, with both sides trying to sort out the current differences on fishing quotas and the so-called level playing field and reach an agreement before the end of the year when the transition period expires.