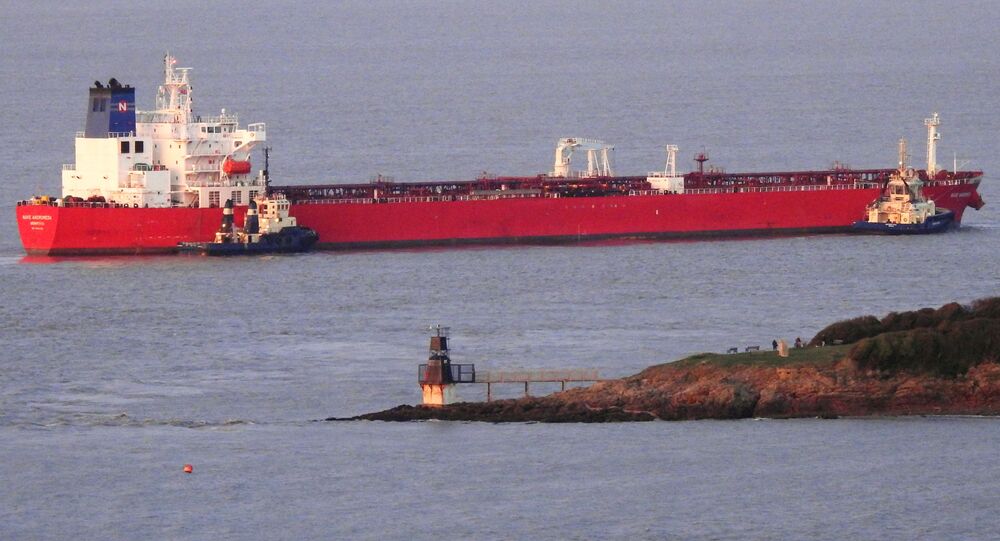 The Nave Andromeda was spotted sailing erratically near the Isle of Wight early on Sunday and authorities were unable to contact the crew by radio. Late in the day, the elite Special Boat Service was given the green light by ministers, and commandos boarded the ship from navy helicopters and detained seven suspected hijackers.

Seven people have been arrested after elite British commandos boarded an oil tanker off the Isle of Wight that had been taken over by stowaways.

Troops seized control of the Nave Andromeda on Sunday after it was apparently hijacked by individuals hidden aboard as it reached UK waters from Nigeria.

Police said threats were made to the ship's crew but no injuries were reported. Hampshire police were investigating the incident following the arrests.

Sky News reported that about 16 commandos of the Special Boat Service (SBS) carried out the dusk raid, "roping aboard" the vessel from two Royal Navy Merlin helicopters, with two Wildcat choppers in support

The Ministry of Defence confirmed via Twitter that Defence Secretary Ben Wallace and Home Secretary Priti Patel approved the raid that recaptured the ship and detained the suspected hijackers.

Wallace personally praised the armed forces personnel who carried out the risky mission to regain control of the tanker.

​"We understand the vessel has been boarded by security forces and made safe," said the UK Chamber of Shipping's chief executive, Bob Sanguinetti, who added, "We commend the swift action taken by UK personnel to secure the vessel and most importantly the safety of the crew."

© Blogger photo / toseaornottobe/screenshot
UK Coastguard Assists Police With Incident Involving Stowaways On Board Oil Tanker
The 228-metre Nave Andromeda last docked in the Nigerian capital of Lagos on October 5, and was carrying a cargo of 42,000 tonnes of crude oil to Southampton in Hampshire, near the Isle of Wight.

The ship had been observed sailing a zig-zag course around the island, while the Associated British Ports agency said it had received no messages from the crew.

Nigeria has been gripped by unrest in recent days after unidentified uniformed soldiers opened fire on opposition protesters. On Saturday protesters looted a food warehouse and vandalised the Nigeria Labour Congress (NLC) building in Calabar, in the Cross River State.