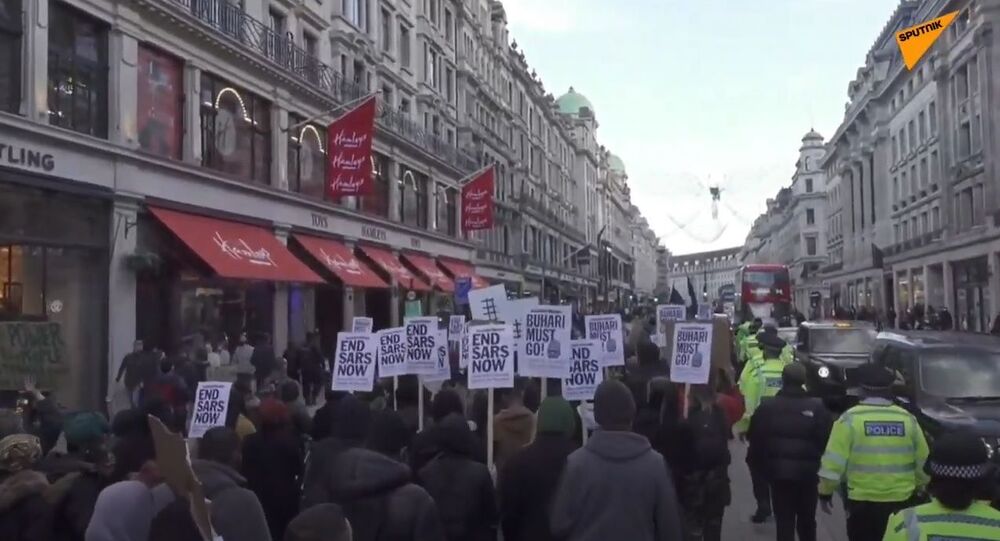 Nigeria has been gripped by violent protests since early October when a rally against police brutality in Lagos resulted in law enforcement personnel opening fire at peaceful demonstrators, triggering unrest with buildings being set on fire, vehicles destroyed and shops looted.

Sputnik is live from the British capital on Sunday, where a new demonstration has been organised by “End SARS”, a movement that says it is calling for an end to the Special Anti-Robbery Squad (SARS) – a Nigerian Police unit that has been criticised for its record of abuses.

The Sunday rally comes amid a series of “End SARS” demonstrations around the world, which started in Nigeria after footage emerged allegedly showing one of the unit’s members killing a man.

The Nigerian government listened to the protesters’ demands and dissolved the notorious police force. The step, however, failed to appease the protesters, with the rallies continuing and escalating into unrest as law enforcement opened fire at demonstrators in Lagos a few days later. The riots led to widespread looting and arsons across the country.

Some 12 people were killed by the security forces, human rights group Amnesty International announced, a claim which the Nigerian authorities have denied.