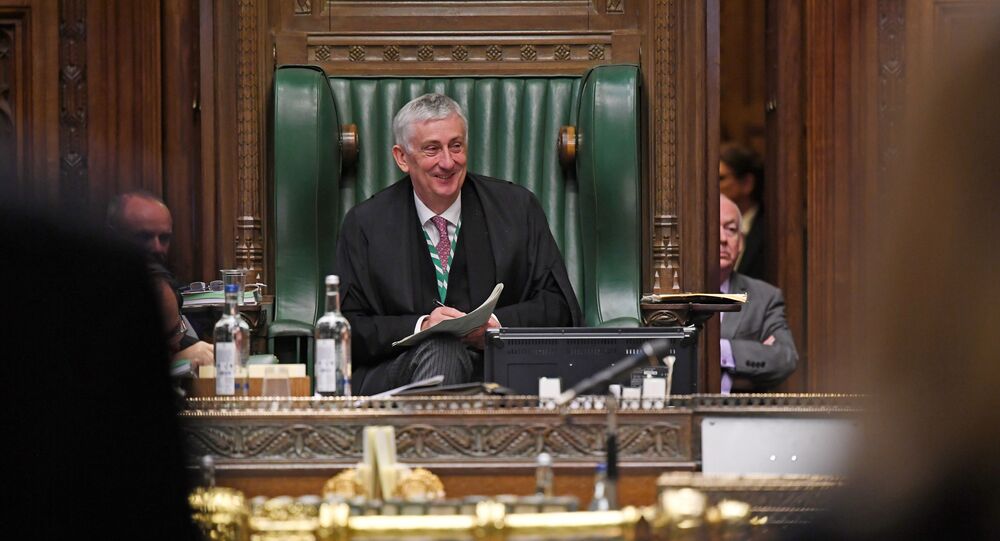 House of Commons speaker Sir Lindsay Hoyle barred Parliament's many bars from serving alcohol a week ago - but officials admitted there was nothing they could do to stop MPs stocking their offices with booze and throwing private parties.

British Parliamentarians are beating the lockdown booze ban with secret bars and lock-in parties in their offices.

The Mail on Sunday reported that House of Commons officials will investigate reports that MPs are turning their offices into pubs, complete with 'optic' spirits dispensers and bar games in defiance of Speaker Sir Lindsay Hoyle's recent ban on any of Parliament's bars and restaurants selling alcohol.

"They want to go the whole hog – spirits on optics, bar games such as table football, the works," an insider told the Mail on Sunday. "It’s too risky in the main Commons buildings, but they can get away with it in offices away from the Chamber in the Norman Shaw buildings or Portcullis House."

Sources said MPs were filling fridges in their offices with beer and wine and throwing after-hours parties behind locked doors. Some are reportedly even installing sprits racks with optics and setting up table football and other games to recreate the British pub ambiance.

"Fortunately for the ones setting up their little bars, officials are doing this based on floor plans," a senior MP said. "They are not literally going into everyone’s office. At least, we hope they’re not."

"Given that Lindsay’s gone a bit over the top on this, it’s hardly surprising some MPs are making sure they can get a drink in their own offices," another source said, pointing out a key loophole: "After all, the Speaker has banned booze sales in the Commons – he hasn’t banned us drinking it."

Commons Administration Committee chairman Charles Walker admitted that there was nothing he could do to stop MPs having a drink in their own offices.

"The sale of alcohol in Commons bars and restaurants is prohibited. However, what colleagues and staff put in their fridges is, thankfully, a matter for them," he said.

"As MPs represent different constituencies in different tiers - with the very highest level ordering the closure of pubs - I have decided to stop the sale of alcohol across the House of Commons end of the estate from this Saturday," Hoyle said at the time. "This means it will not be possible to buy an alcoholic drink from any of our catering outlets for the foreseeable future - whether food is served or not."

In September, Parliamentary authorities cracked down on bars on the estate serving drinks later than the recently-imposed 10pm curfew on bars and restaurants, after several MPs highlighted the double standards.

The curfew allows exceptions for workplace canteens and cafes where staff work later than 10pm so they can have a meal or other refreshments. Parliament routinely sits late into the night and each MP typically has several staff working at their Westminster offices.