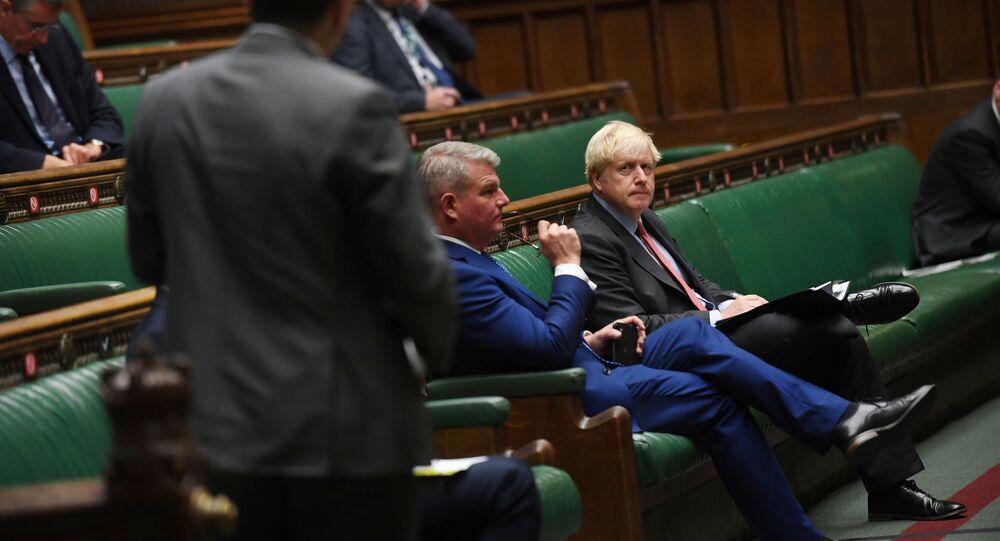 'Did the Honourable Lady Call Me Scum?': Debate in House of Commons Marred by Insult

The development comes as the Conservative and Labour Parties have locked horns over the collapse of talks between the government and leaders of Greater Manchester on a coronavirus financial package.

Tensions fly high whenever MPs gather in the House of Commons, but even veteran politicians admitted that Deputy Leader of the Labour Party Angela Rayner overstepped her bounds when she insulted Conservative MP Chris Clarkson, calling him "scum". Clarkson said Rayner attacked him after he suggested that Labour frontbenchers believe the coronavirus outbreak in the United Kingdom is a "good crisis" to exploit.

"I know (shadow Education Secretary Kate Green) thinks this is a good crisis that the Labour Party should exploit, and I know she speaks for a lot of her frontbench colleagues when she says that – you just need to see it in the support, U-turn, oppose approach that has characterised their hindsight-heavy behaviour", Clarkson told the House of Commons.

At that point, the MP was heckled. He paused his speech and then addressed Rayner: "Did the honourable lady call me scum?"

Anthony Higginbotham, MP for Burnley, said he was present at the session and heard Rayner insulting his colleague.

I was in the chamber at this point and you could hear it said clearly.
Language like this should have no place in politics, be it on social media or in the HoC chamber, but sadly it's what we've come to expect from @AngelaRayner and her colleagues. https://t.co/tKsII74pR0

​Rayner brushed off Clarkson’s suggestion that Labour views the coronavirus pandemic as a good crisis to exploit, saying that the statement was inaccurate.

Ms Rayner did not apologise in the Commons for her actions, but in a statement issued later on Wednesday she said:

"I apologise for the language that I used in a heated debate in Parliament earlier".

Deputy Speaker Nigel Evans said the language the deputy leader of Labour had used in the debate made him "wince", while Sara Britcliffe, Conservative MP for Hyndburn, said Rayner’s attitude was the reason why Labour suffered a humiliating defeat in the last general election, with voters in Labour heartlands turning to the Tories.

The development comes as the Conservative and the Labour Parties have locked horns over the collapse of talks between the government and leaders of Greater Manchester on a coronavirus financial package. The county has recently seen Tier 3 restrictions introduced by the government of Boris Johnson to curb the spread of the disease. Regions in the UK are given money to help support businesses to weather out restrictions as well as to help local authorities with test-and-trace schemes. Greater Manchester has already received 22 million pounds and authorities are in talks on a 60-million-pound package, but local leaders have asked for at least 65 million pounds.