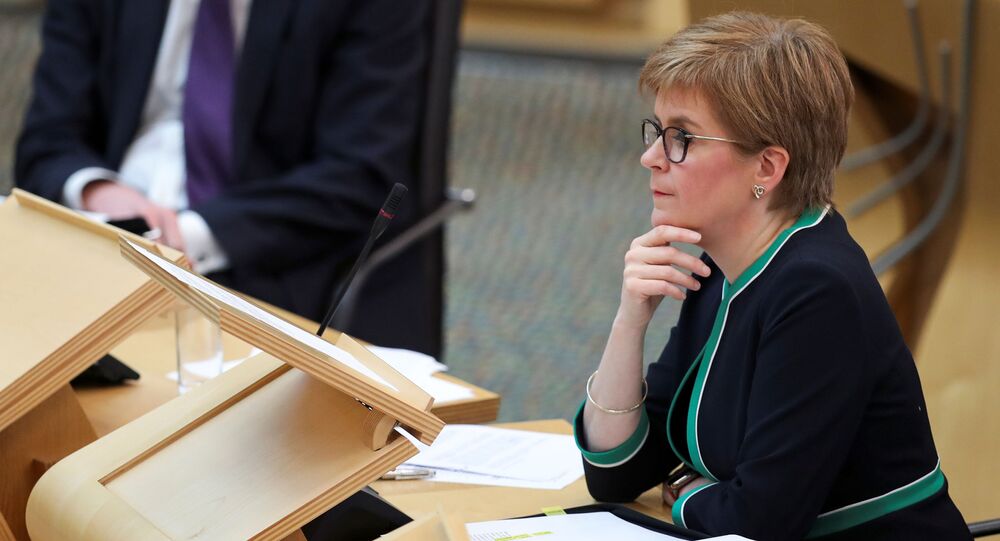 Scotland has been under a 'circuit breaker' lockdown policy since 8 October. The new restrictions which saw the closing of pubs, bars, and other hospitality venues were introduced to stop the resurgent spread of coronavirus in the country and allow for the NHS test and trace system to be finalised.

First Minister Nicola Sturgeon announced on Wednesday that Scotland's lockdown measures, initially imposed as a 16-day closure on all bars and other hospitality venues earlier this month, will be extended by another week.

​During a national update, the first minister said the government has "cautious optimism" that the restrictions are having an impact on reducing the COVID-19 pandemic, following a cabinet meeting earlier the same day.

"The clinical advice to cabinet is that it would not be safe to lift them [the restrictions] as early as Monday", Ms Sturgeon said.

The extension also serves to "transition more smoothly" into the new "levels system" which is set to be introduced on the 2 November, similar to the three-tier system currently in place in England.

Limits on visiting other households also remain in place.

“Even allowing for today’s figures - though it is too early to be certain about this - we think we may be starting to see a reduction in the rate at which new cases are increasing. So the early data underlines the importance of all of us sticking with the restrictions", she said.

The government will publish the "new strategic framework" for managing the virus and "living with the virus through winter" on Friday, the First Minister announced.

Like in England, the system will include different levels of restrictions depending on outbreak severity "either nationally or regionally". The measures will be implemented from 2 November and "reviewed regularly".

"The detail of what level will initially apply to each part of the country will be assessed in the coming days and set out in advance of 2 November", Sturgeon explained.

She added that the government could not rule out extending existing measures or even introducing "tougher restrictions" if the government thinks it is "necessary to safeguard health and life".

“I would hope councils would join with the Scot Gov in asking the UK Gov for more funding. We will work very hard to reach consensus with councils on what restrictions should apply to their area", she said.

“The buck stops here with the Scot Government, if there’s ever been a time in my political career to offload the difficult decisions it would be now but it’s not fair for me as the person elected to expect those decisions to be taken by other people, it comes with the responsibility of being the First Minister in the tough times to take the decisions and being accountable".

Meanwhile, National Clinical Director of the Scottish Government Jason Leitch said that the doubling time for the virus spread has reduced.

"The restrictions that are in place are working. They are working slowly which is why we’re reluctant to move away from them", he added. “Your behaviour today saves lives in three to four weeks from now".

© AP Photo / Jane Barlow
Nicola Sturgeon Urges COVID Isolation Breach MP Margaret Ferrier to Quit
When asked about reports that the government would be outsourcing its contract tracing to private firms, the First Minister rejected the claims saying that the test and trace system is "an NHS service" and they will not "outsource any part of our contact tracing system".

Currently, over 1,800 fully trained contact tracers are working from 8 a.m. to 8 p.m. seven days a week.

Over 900 staff members were working on contact tracing throughout the weekend. The daily deployment includes about 1,000 people.

The Scottish First Minister also promised a financial package for businesses who will have to keep their doors closed due to the costly restrictions.

"Given that Cabinet’s decision today requires many business to stay closed or continue to restrict trading, I can confirm that we are also extending the financial support available to them, to cover this additional week", she said.

She said that the details of the support will be published online and there will be "extensions to both the Business Support Grants that we offer and the support we are providing for the job furlough scheme".

“All businesses will receive, proportionally, the same level of support over the next 7 days - for each day of closure – as they did in the first 16 days of restrictions".

She also announced that the furlough support scheme will continue for an extra week.

© AP Photo / Jane Barlow
Scotland to Introduce New Three-Tier Lockdown System in 'Alignment' With England
Prof Jason Leitch says said that restrictions currently in place in the central belt will not be lifted until the NHS is certain not to become overwhelmed.

“At all costs, we have to avoid intensive care becoming overwhelmed. If you are unable to be admitted to intensive care, your chances of survival are drastically reduced", Prof Leitch said. “It’s not about nightlife and having fun, it’s essential social interaction only".

The announcement follows 28 deaths reported in Scotland from coronavirus in the past 24 hours. As of Tuesday, 1,456 new COVID cases were recorded in Scotland.