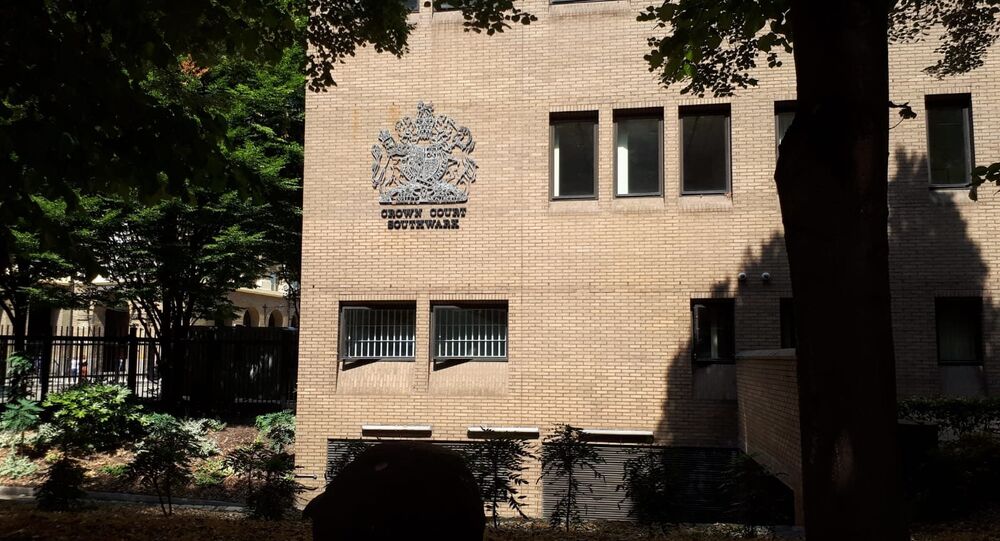 John Leslie Stott, as the court heard, was accused of a single incident sexual assault saying back to a Christmas event back in 2008. The ex-Blue Peter star has previously been embroiled in a series of rape and indecent assault accusations, all of which he has been found not guilty of.

A former Blue Peter presenter has been cleared of charges that he groped a woman at a Christmas Pary more than 10 years ago.

John Leslie, who was accused of grabbing a woman’s breasts at the event in London’s West End after shaking hands with her, was cleared by a jury of nine men and three women at Southwark Crown Court on Monday.

The decision came as a result of just 23-minutes of deliberation and after a week-long trial.

Following the not-guilty verdict reading, Leslie broke into tears, rubbed his eyes, and nodded in thanks towards the jury.

The 55-year told the jury he had no memory of being at the party, and described the one sexual assault allegation from 5 December 2008 as “crazy” and “ludicrous”.

“I would not have touched her like some mannequin and walked off", he said during testimony.

The court also heard that the former Blue Peter host had been arrested and interviewed by police in 2008 over an allegation of rape and indecent assault that allegedly took place in 1995, but insufficient evidence saw further action pursued against him.

After Leslie, who stood under his fool name 'John Leslie Stott' was clear of the charges, Judge Deborah Taylor gave sympathy to the repeated false accusations.

“Mr Stott, you for the second time leave this court without a stain on your character and I hope it will be the last time you have to attend", she said.

Leslie told the jury that the allegations had resulted in him becoming reclusive, paranoid, depressed as well as suicidal saying that he “lost everything".

He explained to the jury that he had previously been the subject of demonisation by the media as an “aggressive, sexual monster” and said it was “not in my nature” to assault a woman.

Leslie claimed his life changed entirely in 2002 after being wrongly accused on live television as the alleged unnamed rapist mentioned in his former girlfriend Ulrika Jonsson’s autobiography.

Describing the repercussions as "Armageddon", Leslie, who hails from Edinburgh, said he had never been accused of sexual assault allegations against him prior to being wrongly highlighted in the book.

He said that papers were “gunning for me” and “they decided I was their man”, and that adverts had been put out for women to come forward with accusations against him.

Turner said that Leslie was “absolutely adored” by his women coworkers and “incredibly respectful”. Britton said the charges did not “sound like the man that I know in the slightest”.

His father, Les Stott was present at each day of the trial and the two men hugged following his acquittal.

Two other charges of indecent assault made against Leslie by one woman were dropped in 2013 and he received a not-guilty verdict at the same London court where he faced trial throughout this year.