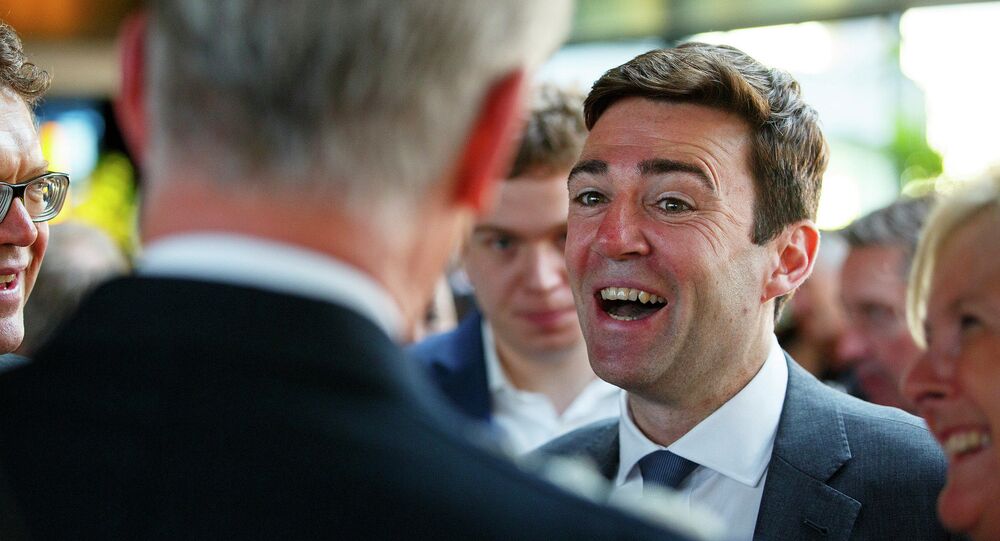 The United Kingdom introduced its new 'Three Tier' coronavirus lockdown system last week, designed to impose different levels of restrictions on areas, depending on the severity of their respective coronavirus outbreaks.

Andy Burnham accused Boris Johnson on Sunday of "exaggerating" the seriousness of the coronavirus outbreak in Greater Manchester, as the government hit out against the Mayor for resisting entering into Tier Three restrictions.

Despite claims by Prime Minister Johnson in a press conference on Friday that the situation in the area was "grave" due to a "doubling of cases" in nine days, Mr Burnham, has refused to implement the new rules without further financial support.

On Sunday morning, the Manchester Mayor told the BBC that "figures have been falling in Manchester itself in the last few days" and dismissed accusations by government ministers of "playing politics' as well as calling for an end to the "war of words".

He also suggested that he could pursue a legal challenge if ministers decide to impose measures without his consent.

Mr Burnham also claimed that the Prime Minister had inaccurately described the severity of the situation in Manchester claiming that "there are currently around 62 people in intensive care in Greater Manchester, give or take".

"Back in April it was over 200, around 220, so we are in a different position. There were four hospital admissions of people with Covid at hospitals in Greater Manchester yesterday", he said.

"I think it was an exaggeration of the position that we are in. As I have just said, of course it is a matter of concern and we watch the figures very closely indeed but the figures have been falling in Manchester itself for the last few days".

The Greater Manchester authorities are demanding an 80% furlough in return for the closing of gyms, pubs, and other hospitality venues under the Tier Three restrictions. Meanwhile, the government is offering to pay two-thirds of the wages for those affected.

​This comes as Minister Micheel Gove said on Sunday that the government wants to work with Mr Burnham but warned of the further consequences if action is not taken soon.

​He accused the Manchester Mayor of "political positioning" and wanted that more people becoming infected means "more pressure on the NHS and the more people sadly in intensive care beds in the North West and in Manchester".

"All of this is happening as we move closer to the winter and instead of press conferences and posturing what we need is action to save people’s lives", he said.

Gove rejected the Labour Party proposal: a national 'circuit breaker' lockdown as certain areas have worse outbreaks than others.

Prime Minister Boris Johnson urged Mr Burnham in his Friday address to work with the Government and claimed that he may intervene unilaterally if necessary, but did not expand on how.

On 12 October, an average of 1,563 COVID-19 daily infections had been found daily in the region in the preceding seven days. By October 15, however, the average fell to 1,076 new cases, suggesting that cases in the Greater Manchester region and not just in the main city, have been falling.