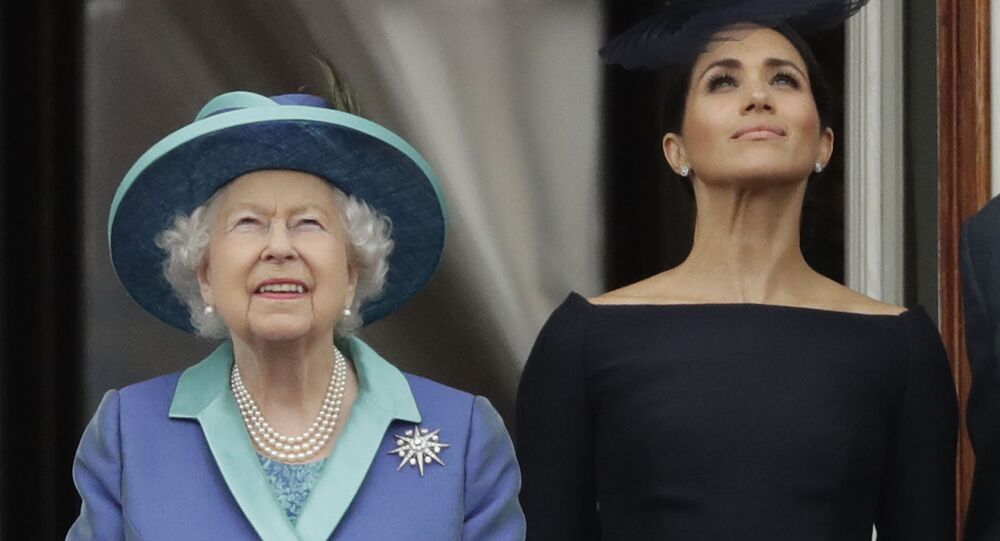 The royal biography comes two months after the release of another tell-all book "Finding Freedom: Harry and Meghan and the Making of a Modern Royal Family", which sheds light on the Sussexes' bombshell decision to step down from senior roles in the Royal Family.

Queen Elizabeth II told her grandson Prince Harry that Meghan Markle couldn't have whatever she wanted on their wedding day, claims a new book on royal life. "Battle of Brothers: William, Harry, and the Inside Story of a Family in Tumult", penned by biographer and historian Robert Lacey, who is known for his work on the popular Netflix series The Crown, addresses one of the most controversial issues surrounding the Royal Family and reveals details that were previously unknown.

Meghan Gets What She's Given

One of the most scandalous stories is about the disagreement over the tiara Meghan had to wear during her wedding. At the time, the soon-to-be-royal reportedly wanted to wear the Vladimir Kokoshnik tiara that once belonged to Russia's Romanov dynasty. The piece was the Queen's favourite and Her Majesty reportedly declined Meghan's request. This allegedly angered Prince Harry, who told his grandmother: "What Meghan wants, Meghan gets". According to Robert Lacey, the Queen responded with:

"Meghan cannot have whatever she wants. She gets the tiara that she's given by me".

Just like Princess Diana and Kate Middleton, Meghan Markle was offered to appear on the front cover of British Vogue. However, the Duchess of Sussex kindly declined the offer and instead proposed to guest edit the September issue. She reportedly spent months working with the team to create the Forces of Change edition.

According to Robert Lacey, the rest of the family did not appreсiate Meghan's efforts as they believed that the content was far from impartial. William and Harry had an argument over the issue. Lacey writes that nobody knows the details of the brothers' showdown, but described it as "another classic Harry explosion, followed by a further, even deeper rift". Lacey claims that after the discord Harry and Meghan decided not to appear at Balmoral, where senior members of the Royal Family spend their summer holidays.

Over the course of her royal tenure Princess Diana, Harry and William's mother, faced numerous speculations from tabloids about her relationship with her friend, former cavalry officer James Hewitt. The press has repeatedly speculated that Hewitt was Harry's father.

The new tell-all book claims that these rumours prompted Prince Charles to sit down with Harry and address the issue.

"Charles's concern was to reassure his son 'that without doubt he and not Hewitt was his father' - and presumably Charles emphasised how the calendar made the rumour quite impossible since Hewitt had not met Diana until two years after Harry's birth", Lacey wrote.

Lunch? No, Thank You

After the Sussexes dropped their bombshell announcement about the decision to quit royal life a meeting was arranged between senior members of the family in order to work out the details of their transition. Her Majesty summoned Prince Charles along with her grandsons William and Harry to negotiate a deal. Prior to the Megxit talks, the family had to sit down for lunch, but according to the new book Prince William was so angry at the move that he decided to skip the affair.

"The Queen had suggested the family should gather for lunch before their big pow-wow in the library that afternoon, but he refused his grandmother's invitation. "He would obviously turn up at 2 p.m. for the meeting, he said, but he only wanted to talk business", wrote Lacey.

Other interesting takeaways from the book: