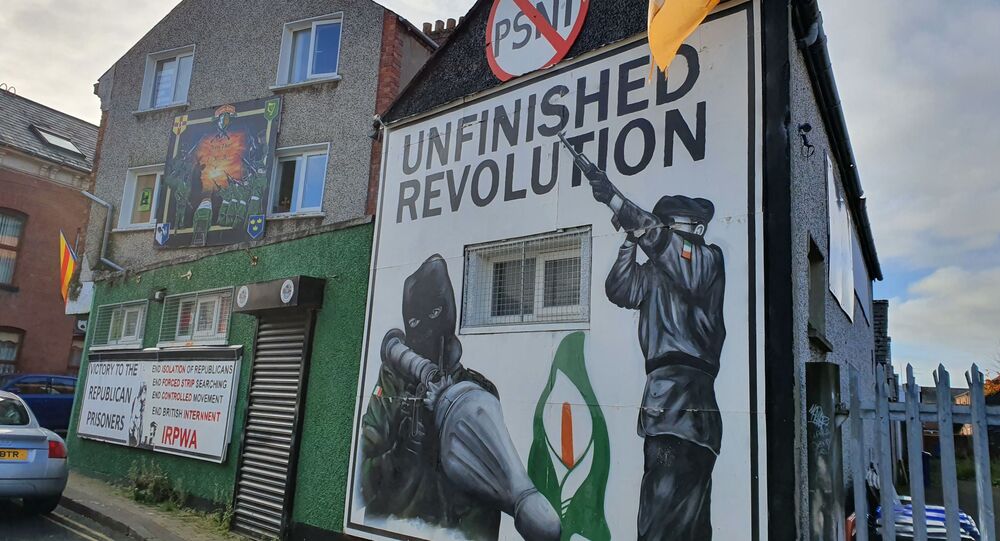 Since the Good Friday Agreement was signed in 1998 a number of dissident Irish republican groups have threatened the peace. One of these is the New IRA, which was involved in the murder of journalist Lyra McKee in April 2019.

A secret recording overheard the leadership of the New IRA discussing cyber attacks against Britain as well as a "hard economic bombing campaign", a court hearing has heard.

The High Court in Belfast also heard New IRA dissidents debated whether to bomb Shannon Airport in the Republic of Ireland, because it is used by US troops.

​MI5 bugged several properties in Omagh and Sixmilecross, in County Tyrone, in February and July this year.

The Irish Times reported the details from a hearing on Monday, 12 October, when Amanda McCabe, 49, was refused bail.

Ms McCabe is one of 10 people awaiting trial after the Police Service of Northern Ireland and MI5 launched Operation Arbacia, which resulted in a series of raids in August.

​The court was told Ms McCabe, from Lurgan in County Armagh, was a "dedicated terrorist" with the New IRA.

She is accused of two counts of preparation of terrorist acts and belonging to a proscribed organisation but has yet to be given the opportunity to offer a plea.

The prosecution claimed Ms McCabe “despaired at the ceasefire called by the IRA on a previous occasion” in one of the audio recordings.

Her lawyer, Joseph O’Keefe, insisted Ms McCabe had a clean record and should be presumed innocent until proven guilty.

The judge, Mr Justice McAlinden, refused bail and said there were "clear and unmanageable risks" she might flee the jurisdiction or interfere with the course of justice.