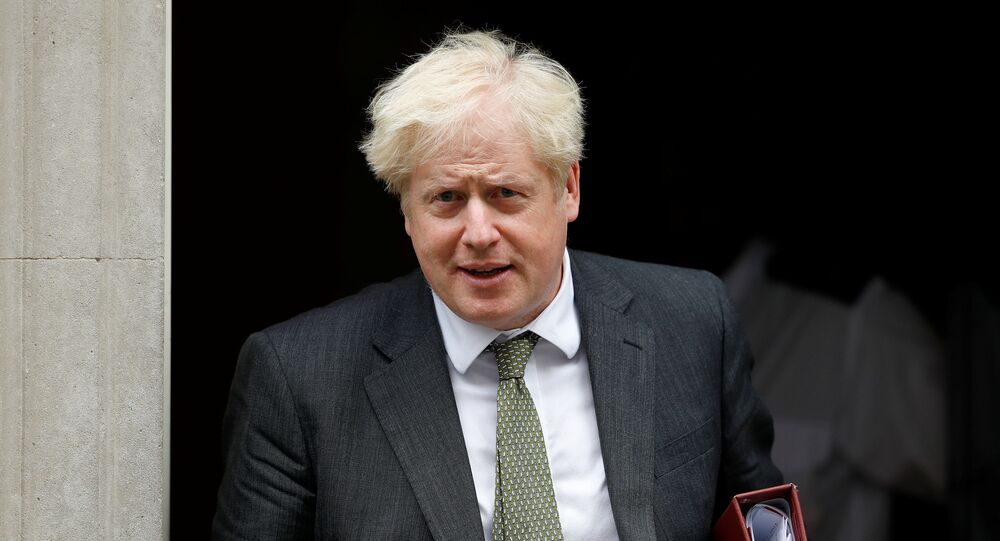 The sources claimed that the move may be announced before the end of next week, in time for the half-term school holidays, and will stipulate a two- or three-week closure of pubs, bars, and restaurants as well as a spate of other businesses.

"Circuit breakers remain on the table. You don't have to do it across the whole country – you could do it regionally", one insider said, in what was echoed by another who noted that "if the numbers keep going up there will have to be a circuit breaker" and that "at the moment I'd say the chances are 80 percent or above".

The remarks followed Keir Starmer's pressure on Johnson to introduce the new measures as the Labour Party leader announced an alternative plan at a televised news conference on Tuesday.

"The government's plan simply isn't working. Another course is needed. That's why I'm calling for a two to three week circuit break in England. […] If we don't [impose it], we could sleepwalk into a long and bleak winter. That choice is now for the prime minister to make. I urge him to do so", Starmer underscored.

He described his plan as something that will mean "significant sacrifices across the country" and will allow only essential work and travel, adding that schools should stay open amid the closure of pubs and restaurants.

Starmer spoke after Johnson on Monday announced the government's three-tier COVID-19 lockdown across England to contain the ongoing increase in confirmed cases.

The new measures will vary from one area to another, according to the COVID-19 infection rates in that particular part of England. Northern cities such as Manchester, Newcastle, and Liverpool are expected to see the most serious restrictions, as the cities are witnessing an "increasingly concerning" spike in infections.

"This is not how we want to live our lives, but this is the narrow path we have to tread between the social and economic trauma of a full lockdown and the massive human, and indeed economic cost of an uncontained epidemic", the prime minister pointed out.

The first tier, expected to apply to areas with relatively low infection levels, could be restrictions such as a curfew on pubs from six o'clock to ten o'clock in the evening.

The second tier could see more social distancing restrictions, including a ban on households meeting, which already exists in local lockdowns.

Tier three would be expected to only apply to major hotspots, and could see total closure of all public and private gathering places, including cinemas and non-essential retail outlets.

© REUTERS / HANNAH MCKAY
Rishi Sunak Reportedly ‘Saved the Day’ Urging PM Johnson to Ditch Second Lockdown Plans
Starmer, for his part, said he remains "deeply sceptical" that the new measures will be effective and he is not convinced that Johnson has a strategy to properly deal with the pandemic.

Last month, the prime minister admitted that the UK was "now seeing a second wave [of the COVID-19] coming in", insisting that a second national lockdown was the "last thing anybody wants".

As of Tuesday, the number of confirmed coronavirus cases in the UK had soared to 617,692, with 42,875 fatalities, according to the World Health Organisation's latest situation report.