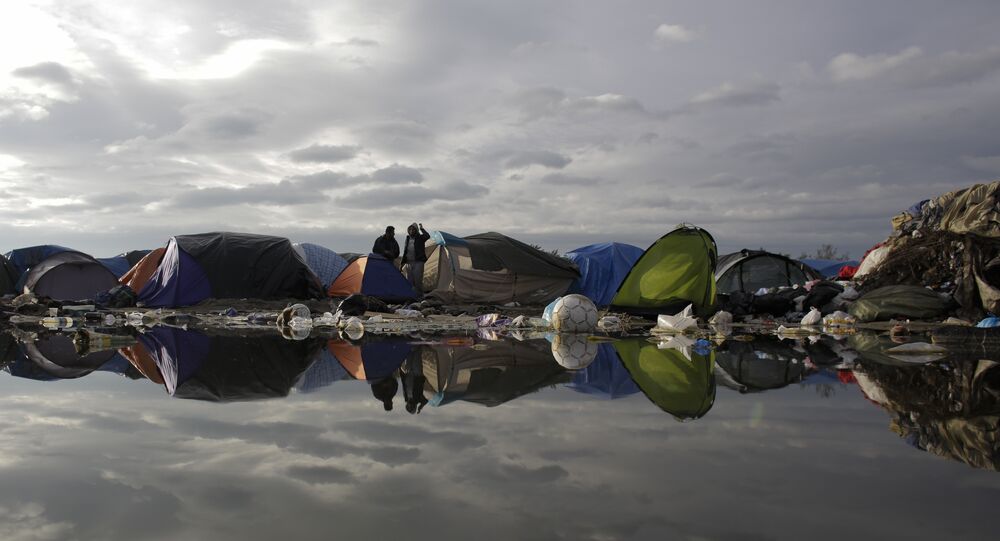 Labour Peer Apologises for Claiming Migrants Could be 'Concentrated' in Camps

The United Kingdom has faced rising numbers of refugees crossing the English Channel from France this year. Internal Home Office reports made public last month revealed that the government has considered placing migrants arriving in the UK in offshore detention centers.

A Labour peer issued an apology after saying that asylum seekers trying to find safe haven in the UK should be "concentrated" in camps as part of the nation's response to the ongoing refugee crisis.

Admiral Lord West, who served as Home Office minister during the last Labour government, said while speaking to Radio 4 on Sunday morning that those reaching Britain from across the Channel could be placed in "a concentrated place, whether it's a camp or whatever".

"I am sorry for my choice of words and the confusion caused. I was trying to get across the point that working with other EU nations will help resolve this", he said.

A Labour Party spokesperson said that the party "is clear that all people should be treated with humanity, compassion and respect".

The statement led to outrage from Liberal Democrat home affairs spokesperson Alistair Carmichael who told The Independent that West should be demanding "safe and legal routes to sanctuary" for refugees.

Carmichael also said that the comments exemplify "why being a retired Admiral is not, in itself, a basis on which someone should be appointed to take a seat in parliament".

In August, West gave his support to government plans to curb illegal crossings.

"We don’t cover our waters properly. We need to sort it out", he said.

"The Royal Navy is, and needs to be, fully involved and should be in overall command", he added.

The comments follow pledges by Conservative Home Secretary Priti Patel to clamp down on refugee crossings over the channel, suggesting that the Royal Navy could be used to intercept boats and dinghies attempting the journey.

Reports supposedly based on discussions close to the Home Office show Patel considering new plans to combat the issue, including the establishment of offshore detention facilities on Ascension Island in the South Atlantic. The scheme has become the subject of controversy as critics compared the plan to Australia's island immigration centres and even Nazi concentration camps.

In September, The UK government deployed sophisticated unmanned military aerial vehicles (UAV) as part of patrols in the English Channel to enable French and British authorities the ability to intercept those attempting to cross.

Moria Refugee Camp One Day After it Caught on Fire - Video