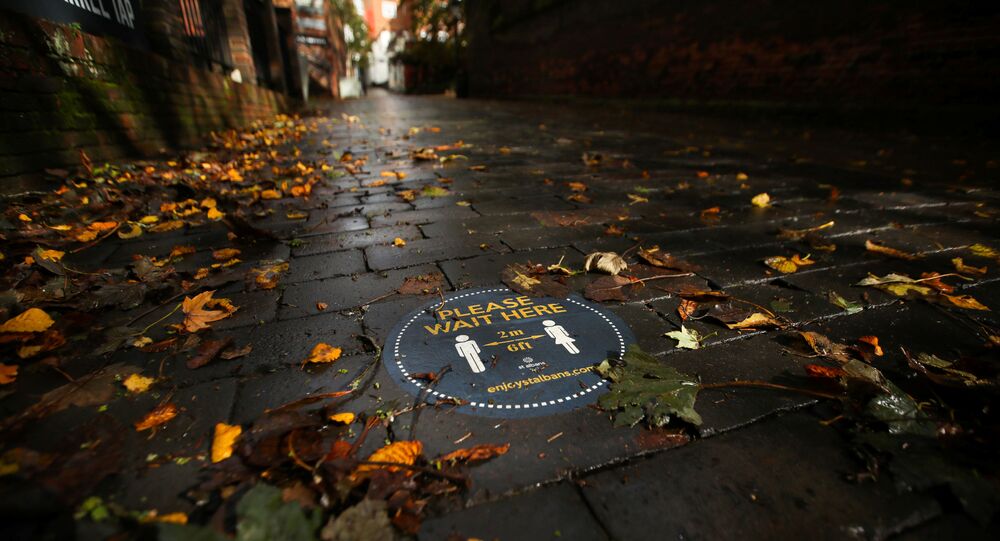 As the UK was reported to have reached a "tipping point" in its coronavirus epidemic reminiscent of the first wave, Downing Street is set to implement a tough new three-tier lockdown system to cover COVID-19 hotspots.

Northern UK mayors are on the warpath over new measures that have been introduced by the Government to contain the spread of the coronavirus pandemic, reports The Sun.

As UK Prime Minister Boris Johnson is about to unveil a three-tier lockdown system this week amid spiraling COVID-19 cases in the country, the leaders of Liverpool, Newcastle, Sheffield and Manchester are reportedly gearing up for a revolt.

They lambasted the looming “draconian clampdown” that might see swathes of the virus-hit North-West and North-East automatically falling under Tier 3 which includes the shutting down of pubs, restaurants and other hospitality businesses.

The lockdown measures will transform the North of the country into a “permanent open prison”, claim the regional leaders, as the measures might result in people being fined for travelling between high and lower-risk areas.

“I feel that the North is being treated with disdain by this Government. I just wonder that, if this was in southern areas or in London, whether it would be at this level and not a different level.”

Residents of northern England are facing an imminent tougher lockdown as the current coronavirus situation was pronounced to be "getting out of control" in that part of the country.

However, mayors argue that regionally differentiated measures such as the ones slated to be imposed by the Government will fuel a “vast new North-South divide”.

The Mayors also deplored the fact that Downing Street kept them “out of the loop” regarding the measures being discussed.

“To be called to a meeting with 10 Downing Street on a Friday evening, to be effectively presented with proposals that needed to be agreed over the weekend, I mean that isn't adequate or acceptable consultation to me. That is being railroaded into a position. It's all come too late.”

Chancellor Rishi Sunak’s new bailout package, designed to cushion the blow for those hit hardest by the lockdown, was slammed as being “stingy” and driving ten million people into hardship.

The latest stage of the Job Support Scheme is due to start on 1 November as the previous furlough programme ends, and employees of

businesses closed by new restrictions will receive three-quarters of their normal salary, up to a limit of £2,100, for six months.

The city leaders have issued a call to Tory MPs to back them for a vote in Parliament on the new support proposals, adding the measures “would surrender our residents to hardship and bring an economic blow that would level down the North”.

“I would not rule out a legal challenge.”

Burnham laid out his demands in an open letter also signed by the Liverpool City Region mayor Steve Rotheram and the mayors of Sheffield and North of Tyne.

Earlier, Boris Johnson announced that as coronavirus cases were spiking in Britain, the country would be carved up under a three-tier system, based on infections rates.

Accordingly, the areas registering the highest level will face the toughest restrictions, with pubs closed and strict controls on mixing.

The three-tire system is a simplification of the original “traffic-light” plan that was abandoned by ministers reportedly due to concerns that people in “green” areas might be tempted to resume life as normal in disregard of the pandemic rules.

Areas falling under Tier 1 will see current social distancing measures in place, including the “rule of six” and a pub curfew of 10pm.

Areas in Tier 2 will have a ban on households mixing added to the same restrictions.

However, large areas of the virus-riddled North West and North East are suggested as automatically falling into the category of Tier 3.

This level requires the shutting down of pubs, restaurants and other hospitality businesses. People from different households will not be allowed to mix, except those with exemptions, and will have to abide by the national social distancing laws, including wearing face masks.

Leeds Woman Charged at London Airport After Attempting to Board Flight Carrying £1.9m in Cash