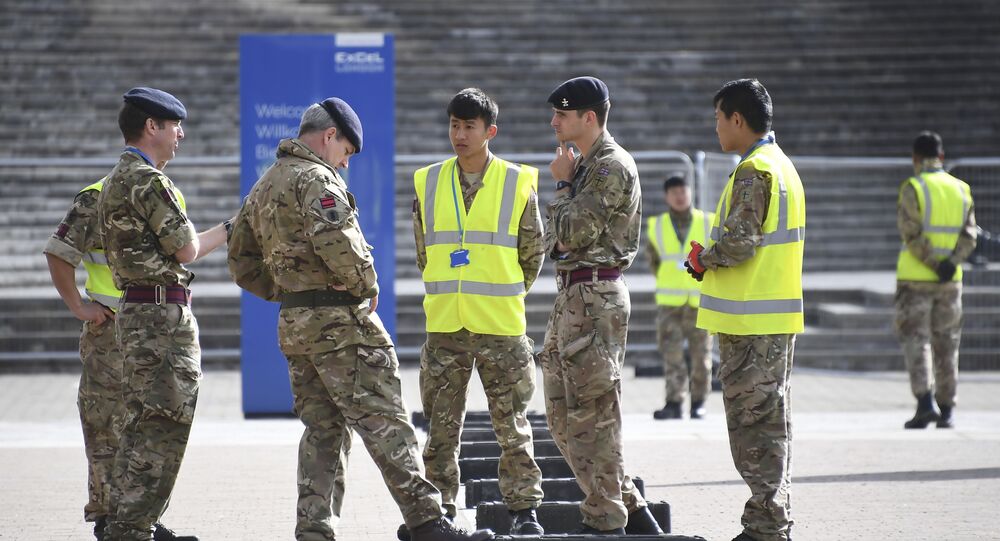 ByteDance Ltd., the Chinese-based parent company of the popular social media app, TikTok, is facing allegations, mainly from the administration of US President Donald Trump who attempted to ban the app in the United States, of harvesting data for the Chinese government. Both ByteDance and Beijing have denied the claims.

Soldiers of the British Special Air Service (SAS) have been instructed against using Chinese social-media app TikTok over fears of being tracked by Chinese intelligence services, The Sun reported on Thursday.

Soldiers were reportedly told that Chinese intelligence could collect data from clips posted on the video-sharing app, including facial recognition, location information and social networks, to identify special forces regiment personnel and glean intelligence about missions.

“The lads were reminded about online security and told on no account should they have TikTok accounts or post TikTok videos,” an unnamed source told The Sun.

The ban was issued as a precautionary procedure, as there have been no reports of SAS soldiers posting videos during military missions, the newspaper said.

“It was more that some of the younger lads were making and sharing clips when back home, in between operations,” the source added. “But if five guy’s accounts go dark together it might show they are on a mission.”

According to The Sun, guidelines from the British Armed Forces regarding social media warn, “Nothing in cyberspace should be considered private. Even a restricted profile can be accessed.”

The new orders came following a similar ban by the US Army for all commands serving alongside British special forces teams around the world.

Over the past year, the administration of US President Donald Trump has put TikTok and its China-based parent company Bytedance under increasing pressure, claiming that the app harvests data for the Chinese Communist Party and its intelligence agencies. The Chinese government and ByteDance have denied the US allegations.

The Trump administration has long dubbed TikTok a national security risk due to its alleged ties with the Chinese government. Trump vowed to ban new downloads of the app in the country in late September - a move blocked by a US court on 27 September.

The White House said all TikTok operations in the US would be banned by 12 November unless the company ceded its locally-based equity and technology to an American firm. Trump claimed that software firm Oracle and retail giant Walmart were in final talks for control of TikTok’s equity and technology. The discussions, however, are seeing hardship as ByteDance has insisted on maintaining an 80-percent stake in any restructured US version of TikTok.