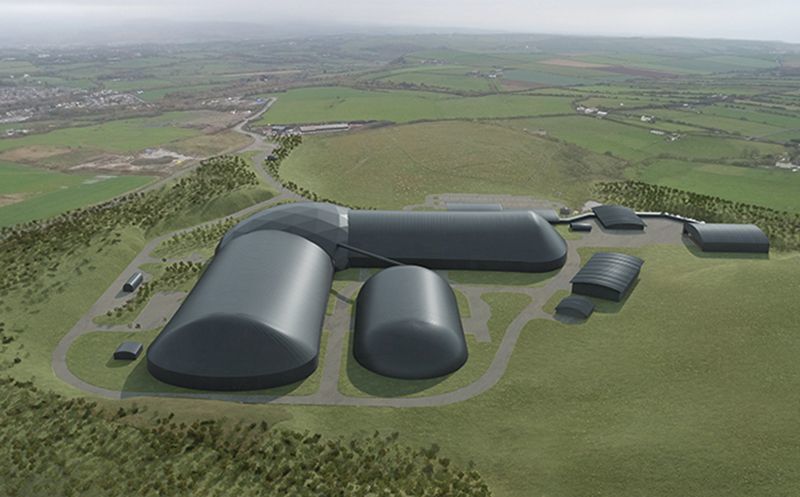 Is King Coal Back? Climate Change Activists Urge UK Minister Not to Allow First New Mine Since 1965

British coal drove the Industrial Revolution in the 19th century but the last deep mine, at Kellingley in Yorkshire, closed in 2015. But now plans are afoot to build a new pit in Cumbria, which could start producing coal as early as 2022.

Climate change activists are urging government minister Robert Jenrick to block plans for Britain’s a new deep coal mine, the first to be built for 55 years.

On Friday, 2 October, Cumbria County Council’s planning committee voted in favour of an application to build the mine, Woodhouse Colliery, on the site of a former sulphuric acid factory in Whitehaven in the far north west of England.

As we strive to recover better from #COVID19, I urge all countries to commit to no new coal, no fossil fuel subsidies, and to leave no one behind. #ClimateAction

​West Cumbria Mining say they hope to be producing metallurgical coal - for use in the steel industry - by the end of 2022.

The coal would be loaded into railway wagons and sent to Redcar Bulk Terminal in North Yorkshire, from where it would be transferred to steel mills in Scunthorpe, Lincolnshire and Port Talbot in south Wales.

​Bill McEwan, a Labour councillor who voted in favour of the project said: "It's a great thing for that area...this is one place that needs the jobs."

Mr McEwan pointed out wind turbines and bicycles were both made of steel.

"This is not going to be a unanimous decision...really it is a disaster environmentally" says Cllr Alan McGuckin. @CumbriaCC unanimously approved the Woodhouse Colliery #CoalMine plans in March 2019 & confirmed it in October. But at least 1 councillor has changed his view.

​Britain has promised to be carbon neutral by 2050 and environmentalists say the mine would emit eight million tonnes of greenhouse gas annually.

But the company point out the steel industry has to use coking coal and at present it is imported from the United States. They say using Cumbrian coal instead would actually reduce emissions from ships.

Mr Jenrick, the Secretary of State for Housing, Communities and Local Government, put a temporary block on the planning permission over the weekend and climate change activists are hoping he will throw out the scheme.

A temporary block on the proposed Woodhouse colliery. The mine is in the Copeland constituency, "a typical 'Red Wall' seat, which the Conservatives took from Labour in 2017"

​The UK is hosting the COP26 round of UN global climate talks in Glasgow in November 2021 and activists say approval for the colliery would send out the wrong message.

But Mark Kirkbride, CEO of West Cumbria Mining, said: "Woodhouse Colliery will bring significant local benefits to Whitehaven, Copeland and Cumbria in terms of jobs and investment, at a critical time given the impacts of Covid-19 upon employment and economics both locally and nationally."

He said he was confident Mr Jenrick would approve the scheme and grant a final planning permit.

The West Cumbrian coalfield, while not as famous as the coalfields in Yorkshire, Scotland and south Wales, was in existence since the 18th century and Woodhouse is very close to the former Haig Colliery, which was in operation between 1914 and 1986.

#Coal is one of the major causes of the world’s worst environmental problems: climate change and air pollution.

“Not one dollar of government support should be directed towards new thermal coal infrastructure,” says @UN Rapporteur on human rights & the #environment David Boyd. pic.twitter.com/Hi9fwD8kqo

​Barbara Freese, in her book Coal: A Human History, writes: "For centuries, Britain led the world in coal production. It triggered the Industrial Revolution and created an industrial society the likes of which the world had never seen."

Kellingley in Yorkshire was the last coal mine to open in Britain - in 1965 - but the 1970s saw the peak of the power of the mining unions and also the beginning of the decline in mining.

After the failure of a strike called by the National Union of Mineworkers in 1984, the government of Margaret Thatcher accelerated the closure of deep coal mines and replaced coal-fired power stations with gas-fired plants.

But the rapid decline in coal mining also meant steel and other industries which required coking coal were forced to import from Poland, Russia, Colombia and the United States.