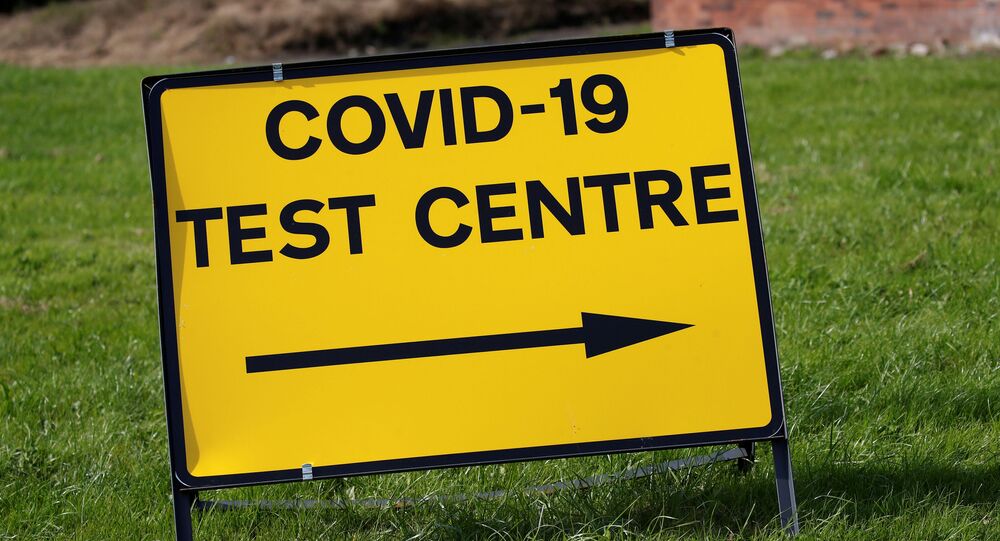 It was earlier reported that more than 15,000 positive COVID-19 tests had been "lost" in Britain's tracking system since the NHS test and trace app was launched in September. The problem is currently under review.

The UK government has opened an investigation into why a technical issue with "lost" COVID-19 tests was not "identified sooner," a spokesman said on Monday, according to Reuters.

"There was a technical issue in the process that transfers positive test results into the reporting dashboards ... that was resolved and all of the cases have been fed into the contact-tracing system," the official said, adding that the investigation was not "under way."

UK Secretary of State for Work and Pensions Therese Coffey earlier said that the issue with "lost" test results won't be repeated as a glitch in the system has now been found and fixed, she told Sky News.

"The glitch has been found and fixed and I'm sure that the changes are brought in straight away to make sure this sort of problem doesn't happen again", the official explained.

On Friday, it was revealed that more than 15,000 positive COVID-19 tests were "lost" in computer systems and not properly transferred to the contact-tracing dashboards used by the National Health Service (NHS) due to technical issues. This resulted in a jump of daily positive cases on 4 October to a record 22,961.

"I'm sure that PHE (Public Health England) will not be allowing that issue to happen again", Coffey added.

This also reportedly relates to infections recorded between 24 September and 1 October and will potentially be reflected in the statistics over the next several days.

According to a report by The Telegraph, this suggests that people who tested positive for coronavirus were not told to self-isolate on time, due to the delays in being passed to "Test and Trace handlers".

Labour Shadow Health Secretary Jonathan Ashworth said on Sunday that the issue was "shambolic", as "people across the country will be understandably alarmed”.

But PHE's interim chief executive, Michael Brodie, rushed to assure the public that despite the concern the situation may cause, "further robust measures have been put in place as a result".

The NHS coronavirus-tracking app was launched in England and Wales on 24 September.

According to UK government data, the country has recorded 502,978 cases of coronavirus since the health crisis kicked off in March.