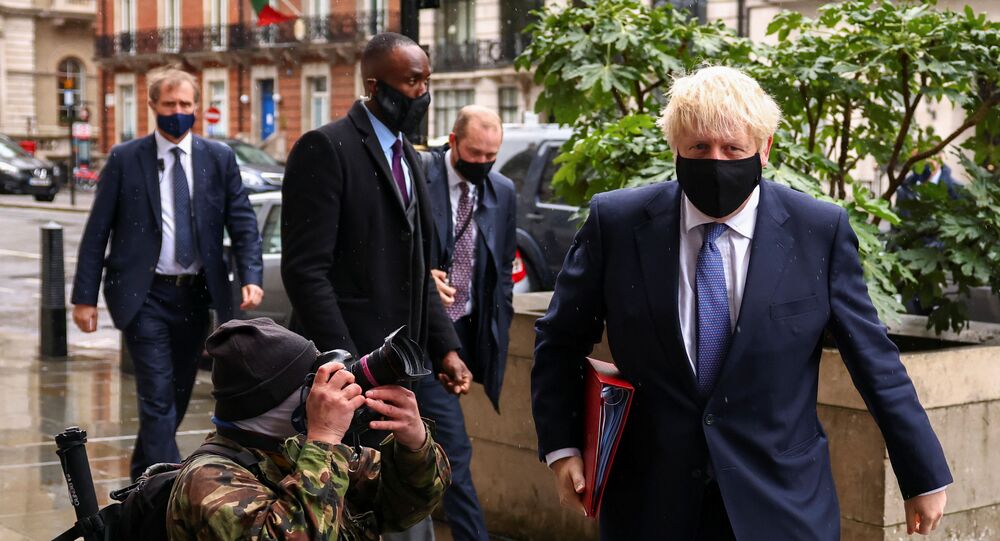 Earlier this year, six consecutive opinion polls revealed that a clear majority backed Scotland leaving the United Kingdom and standing on its own two feet.

UK's Prime Minister Boris Johnson stated on Sunday that this is not the right time for Scotland to have another independence referendum.

Speaking further about Brexit, the prime minister said that he didn't want the transition period to end without a new trade deal, but added that Britain could live with such an outcome.

"I don't want the Australian WTO-type outcome particularly, but we can more than live with it," Johnson said.

According to the prime minister, the only thing the UK is asking its partners from the bloc is to offer the terms, they've offered to Canada.

© AFP 2020 / DUNCAN MCGLYNN
Johnson Allegedly to Use No-Deal Brexit Threat to Force Macron on Fisheries at EU Talks
The transition period ends on 31 December and intensive negotiations are ongoing between London and Brussels.

The United Kingdom left the European Union in January but remains under the current EU trade terms for the extension of the so-called transition period which is due to expire on 31 December.

If no trade deal is reached by then, the World Trade Organisation's rules will come into effect starting in 2021, meaning that customs tariffs and full border checks will be applied for UK goods entering the European area.