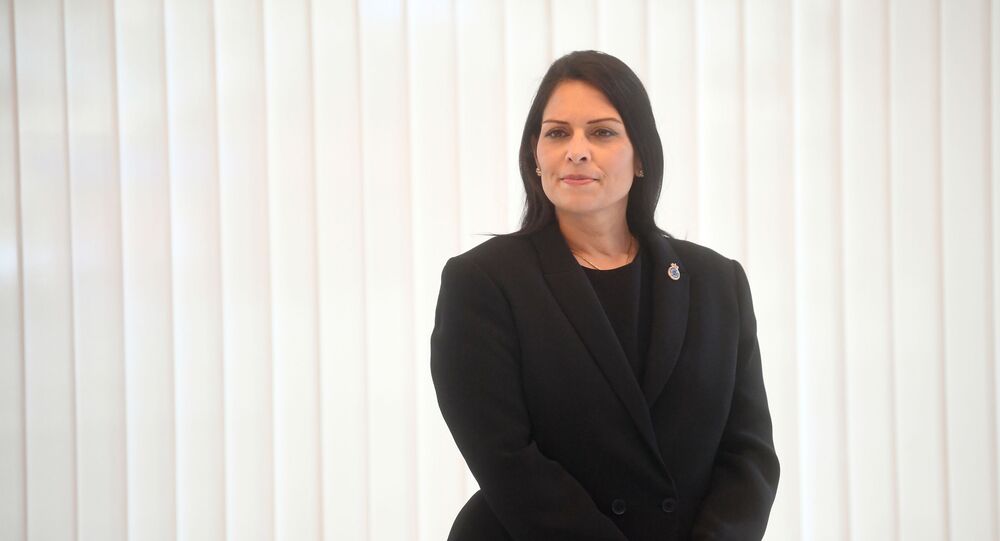 Earlier reports suggested that UK Home Secretary Priti Patel had ordered officials to explore plans to process asylum seekers on Ascension Island, a British overseas territory in the South Atlantic, with a member of the island's council deploring the plan as a "logistical nightmare".

The UK Foreign Office has been slammed by Priti Patel's allies for allegedly leaking "bizarre and unworkable" asylum policy plans to discredit the Home Secretary, writes The Times.

On 30 September, it was reported that Home Secretary Patel had requested officials look into the possibility of constructing an asylum processing centre on Ascension Island, a British overseas territory.

The plans to move asylum seekers 4,000 miles from the UK was immediately denounced as a "logistical nightmare" by Director of Human Resources and Administration at Ascension Island Government, Alan Nicholls. Sir Keir Starmer, the Labour leader, said that the policies being considered were "inhuman".

© Photo : Pixabay/Sidney Sambu
Ascension Island, which is being considered for an asylum seeker centre far from Britain

"It's pretty obvious what's happened here. By coming up with bizarre and unworkable policy options, then leaking them, the Foreign Office is attempting to discredit any and every solution to a problem which my constituents write to me about daily", a Conservative MP and Patel ally was cited by The Times as saying.

The source added that the Foreign Office's idea of a crisis was "receiving a strongly worded letter from a wacky UN special rapporteur".

The Home Office sought to swiftly distance itself from the reported plans to use the remote volcanic island, which has an RAF base and a population of less than 1,000, while it emerged that Downing Street had commissioned the Foreign, Commonwealth, and Development Office to consider options for overseas processing of asylum seekers.

"Priti is being used as a punchbag… She's being caught in the crossfire. A lot of this stuff is coming from No 10 but people are too scared to say it. People are so afraid of crossing Dom that they are pinning it on other departments", stated a government source cited by the outlet.

The source made a reference to Dominic Cummings, the prime minister's most senior adviser, who is suggested as being the driving force behind some of the more controversial ideas, such as using British overseas territories to deal with the migrant issue.

Many of the current asylum policies being mulled over were drawn up by a Cabinet Office task force, another of Priti Patel's allies reportedly added.

In response to the recent report, Foreign Office sources were quoted as dismissing the claims.

Since over the summer some 5,000 people made the often perilous journey across the English Channel from France to the UK in dinghies and small boats to claim asylum - a big spike from the 1,890 who arrived in the whole of 2019 – the government has been considering various possibilities to deal with the situation.

Proposals drawn up by the Home Office, writes the outlet, ranged from resorting to water cannons to generate waves that might push back boats in the Channel, to using chains to tangle their propellers.

The water cannon plan was discarded as likely to result in murder charges if migrants drowned.

The Home Office is also believed to have considered shipping migrants to repurposed oil platforms for processing or to Scottish islands.

Issues of cost and safety forced the oil rig plan to be abandoned.

The use of a Scottish island remains under consideration, claim sources, despite Nicola Sturgeon, the Scottish First Minister, vowing to oppose the plans.

The Times cited sources as saying on Thursday that one of Downing Street's preferred options was to process migrants on disused ferries moored off the British coast.

'Everything on the Table'

While giving evidence to MPs on the Public Accounts Committee on Thursday, Matthew Rycroft, the permanent secretary at the Home Office, confirmed that a leak inquiry was underway over the report.

While refusing to deny that Ascension Island was being deliberated as a destination for migrants, he added that "everything is on the table".

Sources also suggested that Home Secretary Patel was predominantly focusing on the "fair borders bill", which would require that migrants submit all their grounds for asylum appeal upon arrival.