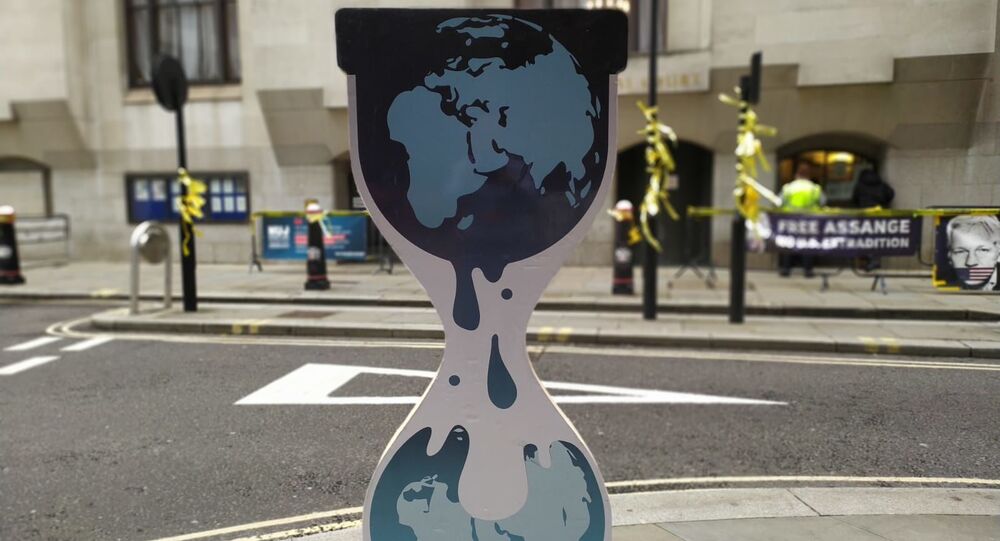 The substantive hearings in the extradition case of Julian Assange came to a close one day early after nearly four full weeks of intense witness testimony and cross-examination. Closing submissions will be made by the parties in late October and mid-November and the judge's decision will be delivered in January 2021.

The second phase of Julian Assange's substantive extradition hearings came to a close on 1 October 2020, 14 years to the day that WikiLeaks' domain name was first registered. The final hearing was largely consumed by technical arguments regarding the submission of further witness statements and evidence, much of which was disallowed by the judge on the argument that the defence were out of time.

(Like the last two days I shall be attending today's hearings from inside the Old Bailey via the press annex. This case may end up finishing one day earlier than scheduled) pic.twitter.com/JEryzDDXwi

Stella Morris, Mr Assange's fiancé and mother of his two young children, gave an impassioned plea in his defence outside of the Old Bailey. After thanking "everyone for their kindness that has been shown over the past few weeks" Ms Morris gave her assessment of the hearings.

"Over the past four weeks, the true nature of this prosecution has come to light. Julian is being punished for performing a public service that we have all benefited from. He is in prison because he informed you of actual crimes and atrocities being committed by a foreign power that foreign power has ripped away his freedom and has torn our family apart. That power wants to put him in incommunicado detention and the deepest darkest hole of its prison system for the rest of his life", Ms Morris told a crowd of supporters and press.

"The prosecution concede that it has no evidence that a single person has ever come to physical harm because of these publications", Ms Morris explained, adding that Mr Assange "is not a us citizen" has never lived in the US and "did not sign an oath to the US government".

"He should not be sent there. Julian's duty is to the public to publish evidence of wrongdoing. And that's what he did".

Ms Morris, who is herself a lawyer, warned that:

"The US administration's prosecution is trying to make normal journalistic activities, which are entirely legal in this jurisdiction, an extraditable offence. If he's sent to the United States, Julian will not be able to argue the public interest of his publications because there is no public interest defence. And because he is not a US citizen, the US says that he does not have free speech protection".

Ms Morris ended her comments, with the pain visible in her voice, saying that "Julian is a publisher. Julian is also a son. He's a friend, He's my fiancé and a father. Our children need their father. Julian needs his freedom and our democracy needs a free press".

WikiLeaks editor-in-chief: extradition hearings revealed that "journalism is on trial"

"It is very hard to sum up the feelings after these four weeks in the courtroom" Kristinn Hrafnsson told reporters outside.

"This is the fate and the future of journalism that we were hearing witnesses talk about and all the horrors, horrible truths were exposed as well", he added.

"[T]he assassinations of innocent civilians, the torture, the illegality in the wars in Iraq and Afghanistan, and in Guantanamo. Those truths were exposed here. So I ask you, would you not agree that this is not a trial of Julian Assange? In essence, it was a trial of our time and our civilisation, because you heard about all these horrible incidents that happened on our watch and in our name, in the democratic sense".

Mr Hrafnsson insisted that while the past cannot be changed "the fate" of Mr Assange can be.

"[A]fter all these four weeks, we should be a no doubt, there's only one thing that has to happen as an outcome of these proceedings. If Julian Assange is extradited, it will darkness for us. It cannot happen. We must take a stance. There can only be one outcome, no extradition" Mr Hrafnsson concluded, followed by cheers from the crowd.

Earlier in the day London Assembly Member David Kurten told press and supporters of the publishers that despite repeated letters to the London Mayor, Sadiq Khan, about the plight of the WikiLeaks publisher the answers he received were never satisfactory. He also added that he felt Mr Assange had been treated "worse than a dog" and called his prosecution a threat to freedom of the press and freedom of speech more widely.

Alexander Mercouris, a former lawyer and current editor-in-chief of The Duran told Sputnik that "it has been a tough, hard fought, gruelling case" and that "things have gone very much the defence's way on the facts and the law" and that his view of Mr Assange's chances have improved vastly since the beginning of the hearings.

Both "the facts" and "the law" are on Mr Assange’s side, says Alexander Mercouris, editor-in-chief @TheDuran_com, who explained that although it has been a “gruelling” process he is now much more optimistic than he was at the start.

​​The day concluded with helium balloons, marked "#Free Assange" being released into the air by Mr Hrafnsson and Mr Assange's father John Shipton, to mark the 14th anniversary since WikiLeaks' inception.

Both John Shipton, Mr Assange's father, and ex-diplomat Craig Murray who has been following the case, sought to remind the press and public gathered outside of the courthouse that very serious war crimes had been exposed by WikiLeaks but not one individual implicated in those crimes has every been prosecuted.

​​Mr Assange faces to up to 175 years in prison if he is convicted of all of the charges levied against him in the US. The indictment almost entirely relates to his role in publishing the Iraq and Afghanistan war logs, Guantanamo Bay detainee files and diplomatic cables that revealed war crimes as well as other criminality and abuse committed by the US government and US-backed forces around the world.

The defence will have four weeks to file their closing arguments and the prosecution will have two weeks thereafter to submit their final submissions to the court. The Judge has said that she will deliver her judgment on 4 January 2021.