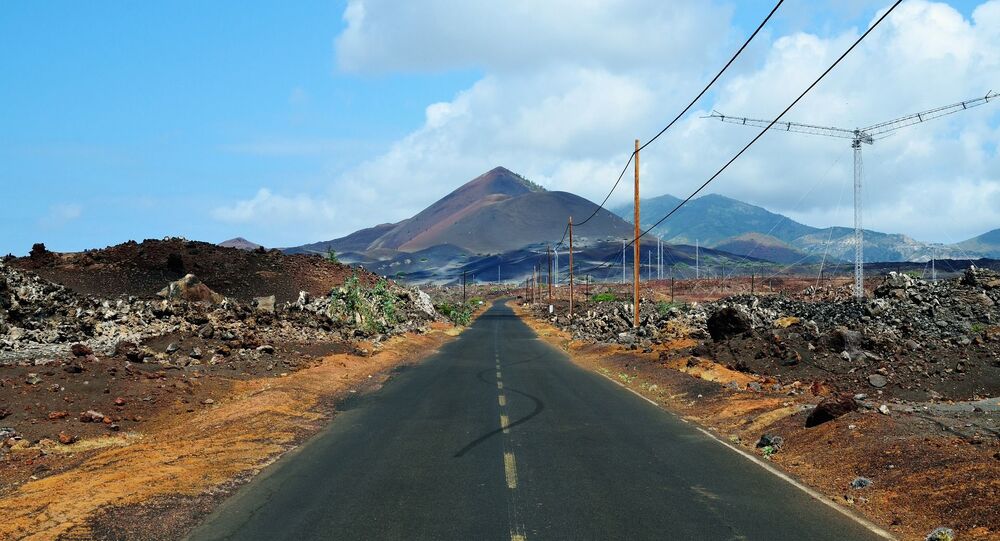 Ascension Island - a tiny dot in the South Atlantic Ocean - is one of the last vestiges of the British Empire. Its only previous claim to fame was as a staging post for the Royal Navy during the Falkland War in 1982.

Social media users have reacted angrily after news emerged overnight that Home Secretary Priti Patel asked officials to look at plans for setting up an asylum seeker processing centre on Ascension Island, which has an RAF base and a population of less than 1,000.

During the summer around 5,000 people travelled in dinghies and small boats across the English Channel from France before claiming asylum - a big jump on the 1,890 who came in the whole of 2019.

Oh I’ve got a MUCH better idea.

We send Patel, Johnson and the entire Cabinet to Ascension Island and we welcome asylum seekers with compassion and humanity. https://t.co/nfJ7d9wmkx

​Brexit Party leader Nigel Farage was one of many on the right wing who said the Conservative government was not doing enough to stop these migrants.

The Financial Times said Ms Patel reacted to the political pressure by asking Home Office officials to look into whether they could use Ascension Island or nearby St Helena - where Napoleon died in exile in 1821 - as a holding centre.

Ascension has a long maritime history and remains reliant on shipping to keep the island and community provisioned. During the COVID-19 pandemic regular calls to the territory have continued, delivering vital medicines, equipment and food.#WorldMaritimeDay pic.twitter.com/CueqQFzMig

​It would have copied a policy used by the Australian government under Tony Abbott, who is now advising Boris Johnson’s government on international trade.

But many social media users think the scheme sounds barbaric and much of the criticism is targeted at Priti Patel, who is accused of being a hypocrite.

Ms Patel’s grandparents were born in India and then migrated to Uganda and her parents, Sushil and Anjana, fled that country in 1972 when the military dictator General Idi Amin chased out the country’s Asian population.

I wonder what Priti Patel's thoughts would be if her parents had been shipped to a camp on Ascension Island as they escaped Idi Amin’s dictatorship in Uganda. We can only speculate on when she had a humanity bypass. Maybe that is what got her noticed in Conservative politics. https://t.co/4irJX4ypNk

​Thousands of Ugandan Asians came to Britain and were given sanctuary by the British government.

Ms Patel will talk about the issue of migration across the English Channel in a speech to the Conservative party conference - which will take place online - on Sunday, 4 October.

The room where Napoleon died, in 1821: Longwood House, on the island of St Helena, S. Atlantic, possibly on account of arsenic in the wallpaper glue. And the grave where he was buried, until removed to Paris in 1840. pic.twitter.com/py1RZgjxai

​Next week several people are due to go on trial at the Old Bailey in London accused of offences in relation to the deaths of 39 Vietnamese migrants who died in the back of a refrigerated lorry in Essex in October 2019. Eamonn Harrison, 23, from the Republic of Ireland, denies 39 charges of manslaughter.