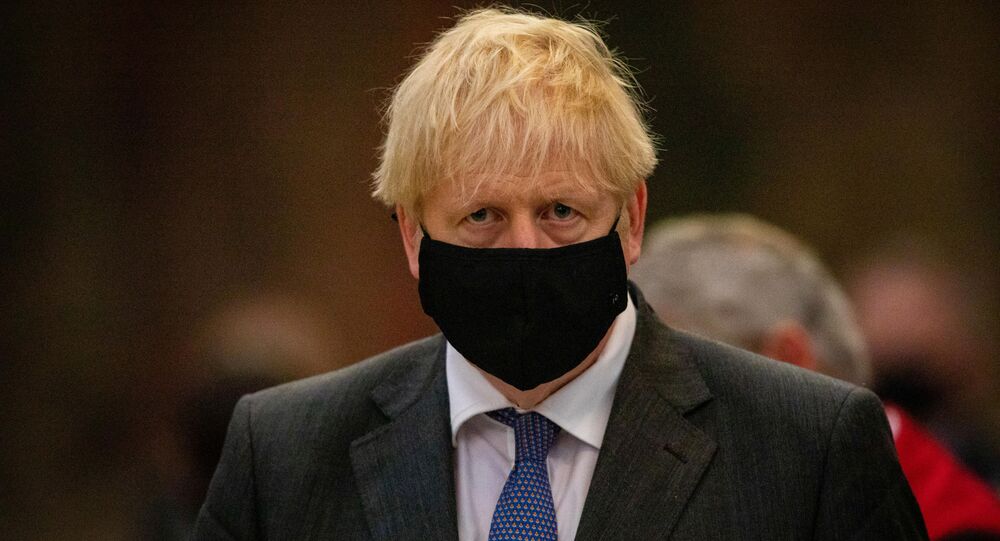 Last week, UK Prime Minister Boris Johnson said that the country had reached a "perilous turning point" in the fight against COVID-19 as he announced a new set of restrictions in England.

The newspaper cited an unnamed Conservative lawmaker in northeast England as saying that "what happened with Boris [Johnson] only strengthened the argument for greater Parliamentary scrutiny of new rules".

"He can't work out what the rules are because there is no logic to them. It's creating confusion and it's causing the public to lose faith in the government's handling of the pandemic", the MP asserted.

The remarks came after Johnson apologised on his Twitter page for "misspeaking" about his own coronavirus restriction rules on social gatherings in northeast England and beyond.

This is vital to control the spread of coronavirus and keep everyone safe. If you are in a high risk area, please continue to follow the guidelines from local authorities. (2/2)

New measures for the area, which took effect on Monday, include a ban on mass singing in pubs, attending public spots after 10 p.m., and hefty fines for non-compliance with the updated restrictions.

Speaking at a press conference on Tuesday, Johnson said that "in the northeast and other areas where extra tight measures have been brought in, you should follow the guidance of local authorities -  but it's six in a home or six in hospitality but as I understand it, not six outside".

This was clearly out of line with government guidelines, which warn those living in Northumberland, Newcastle, North and South Tyneside, as well as Gateshead, Sunderland, and County Durham "not to mix with people outside their household or bubble in indoor settings, including pubs and restaurants".

Last week, the UK Prime Minister announced plans to introduce new restrictions in England, adding "this is by no means a return to the full lockdown of March" and that the UK is now better prepared for a second wave of the COVID-19 pandemic, something that he earlier admitted is "coming in".

There has been a sharp rise in UK coronavirus cases over the past several weeks, with Public Health England's medical director Yvonne Doyle issuing a warning of "far worse things to come". As of Tuesday, the number of the confirmed cases in the counry has soared to 439,017, with 42,001 deaths, according to the World Health Organisation’s latest estimates.