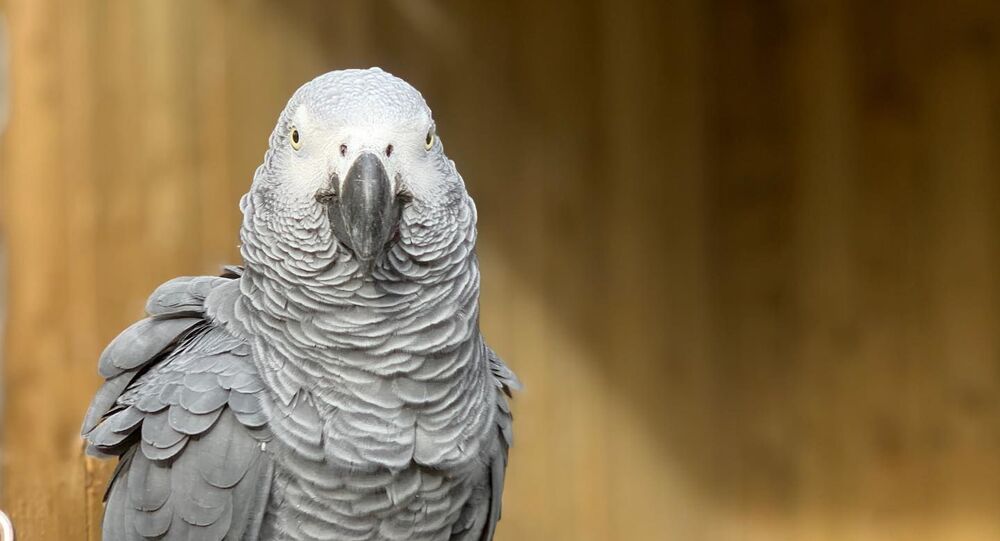 Five African grey parrots have been relocated at a wildlife park in Friskney, England, after park officials learned the birds had been swearing and laughing at customers.

Steve Nichols, CEO of Lincolnshire Wildlife Park, told the BBC on Tuesday that the quintet of African grey parrots were adopted within the same week in August and later quarantined together.

However, issues arose when the quarantine was lifted and the birds were moved to the main outdoor aviary.

"With the five, one would swear, and another would laugh, and that would carry on,” Nichols recounted, noting that they began doing this around visitors.

He explained to the BBC that parrots "swear to trigger [a] reaction or a response,” meaning a surprised look or laugh from a human encourages them to repeat the word or phrase.

The birds, dubbed the “famous swearing parrots,” have been moved to new colonies and away from public display, according to the park.

"Some visitors found it funny, but with kids visiting at weekends, we decided to move them,” Nichols noted.

"I'm hoping they learn different words within colonies - but if they teach the others bad language and I end up with 250 swearing birds, I don't know what we'll do.”

Chico, another parrot from the Lincolnshire Wildlife Park, has recently received online attention for his rendition of Beyoncé’s “If I Were a Boy.”

Can you name this Beyoncé tune?
Chico the parrot has been entertaining visitors at this wildlife park (You'll want the sound ON for this 🔊) pic.twitter.com/5f3An6vUCC

The singing parrot now has an Instagram page with nearly 7,000 followers.