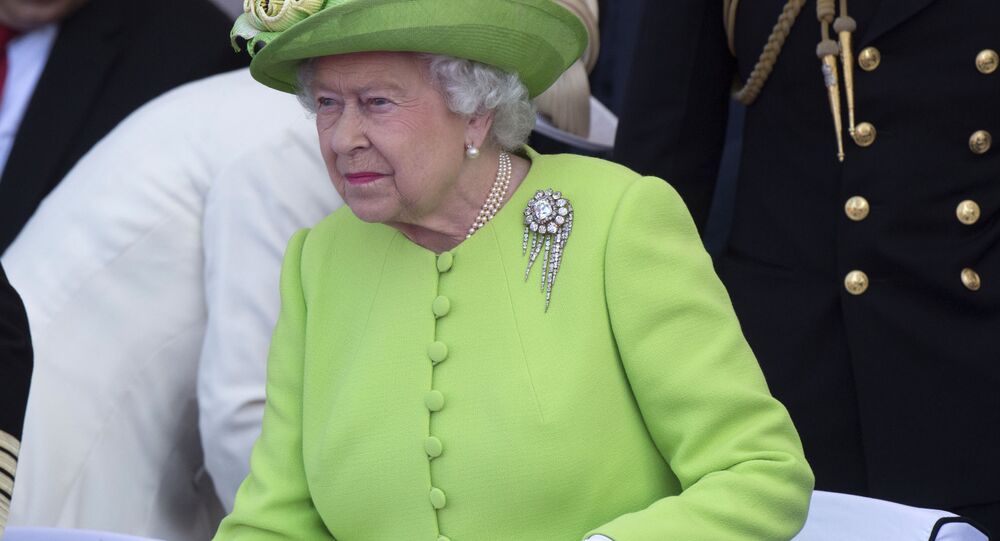 The United Kingdom has introduced strict anti-pandemic measures, urging people to respect social distancing rules and self-isolate after testing positive for COVID-19, as the country still has the highest coronavirus death toll in western Europe, with over 42,000 deceased.

Queen Elizabeth faced a conflict with her staff, after they refused to self-isolate with the monarch at Sandringham, Norfolk, at the royal retreat for four weeks, The Sun reported, citing a source close to the royal family.

This means that the Queen might be forced to spend Christmas at Windsor Castle for the first time in 33 years.

© REUTERS / JOHN SIBLEY
A man cycles down The Mall, with Buckingham Palace in the background, in London, Britain, August 9, 2020

"The Queen is furious... The staff said enough is enough. It is absolutely unprecedented", the source said. "Everybody wants to stay loyal but they feel they've been pushed too far by being made to isolate from their families for Christmas".

The source added that "discussions are taking place with the team on operational matters but it is too early to speculate on implications for Christmas".

Starting Monday, those who fail to follow the new coronavirus-related rules in England face a $1,200 fine, which increases to around $13,000 for repeat offenders. British Health Secretary Matt Hancock has already said that the government won't "hesitate" to introduce harsher measures to curb the spread of the virus.